As a continuation of Shepard Fairey’s (interviewed) 30th anniversary exhibitions opening up around the world, Galerie Itinerrance unveiled a selection of work last week from the infamous American street artist. Facing The Giant – 3 Decades Of Dissent features reoccurring themes in his work that highlight his social activism.

Shep further explains – “Facing the Giant: Three Decades of Dissent is a reflection on the last 30 years of my career, highlighting both the continuity and the evolution of my art and concepts. It began with an absurd sticker of Andre The Giant, which then evolved into an exploration of control, questioning control, and questioning the giant monolithic forces that we are all subjected to. I’m confronting these giant issues with my work, so it’s got a duality to the name. I come from punk rock, skateboarding, and rebellious cultures, and I started off doing work in the street without permission. Dissent is at the root of what I do, and it continues to be an important part of my work because pushing back against dominant systems that allow and perpetuate injustice requires dissent. #FACINGTHEGIANT is a curated selection from the last 30 years featuring key works that highlight clear messages of empowerment. The series will go on tour with me as I travel to several cities for an exhibition and painted murals along the way.” 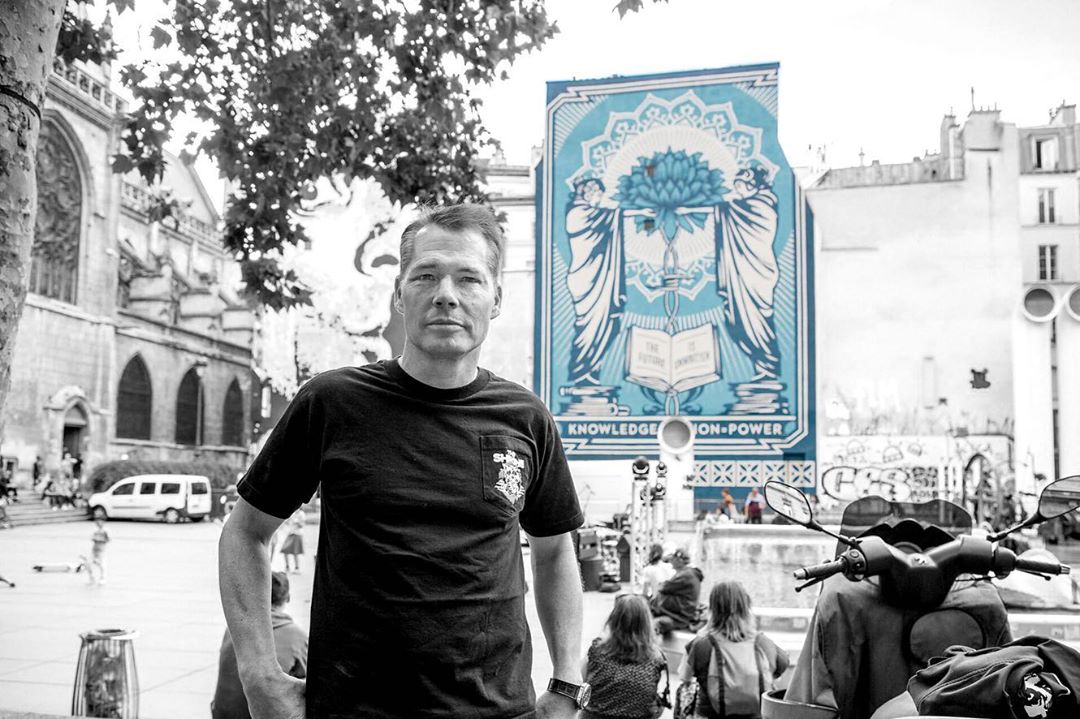 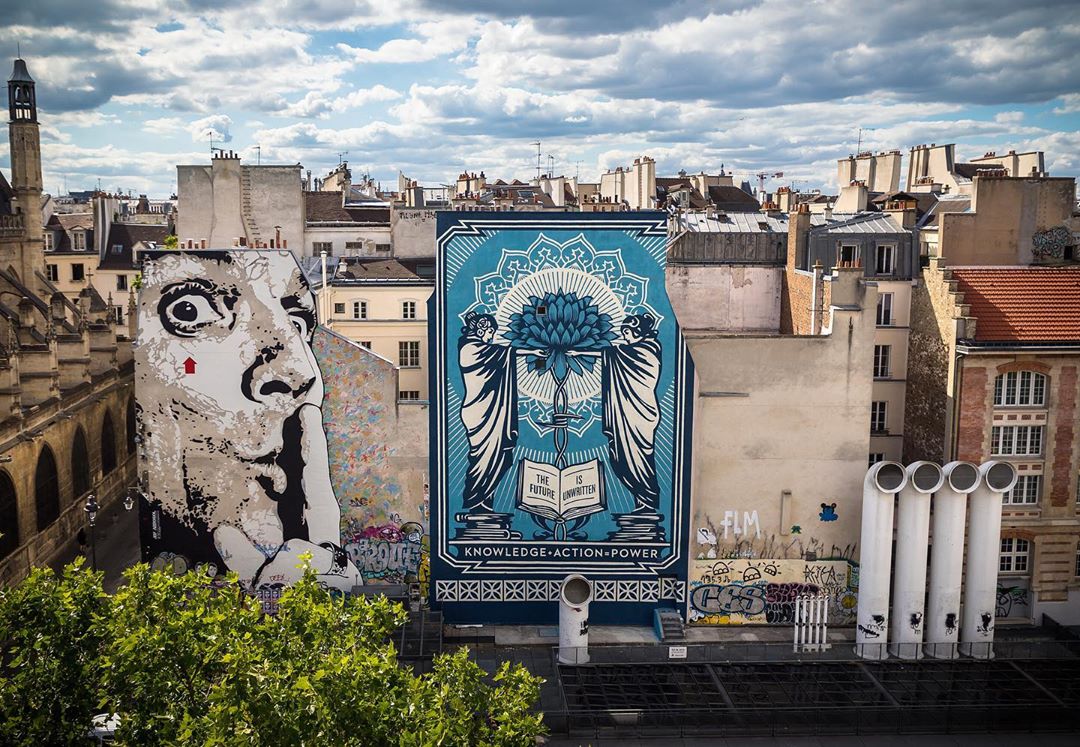 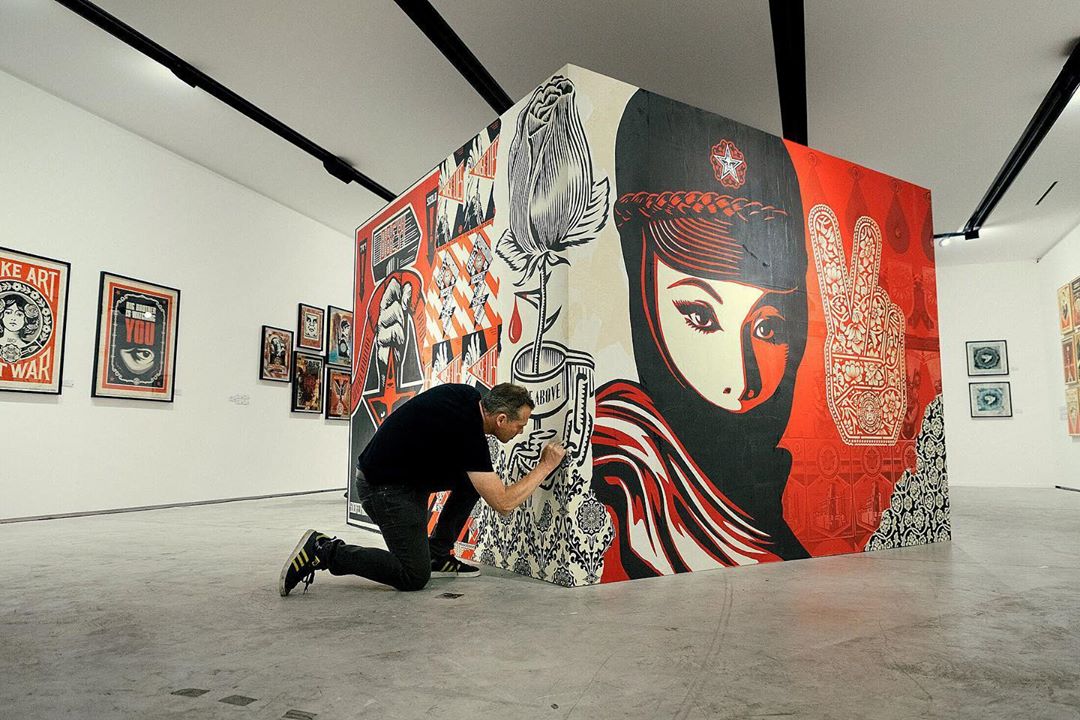 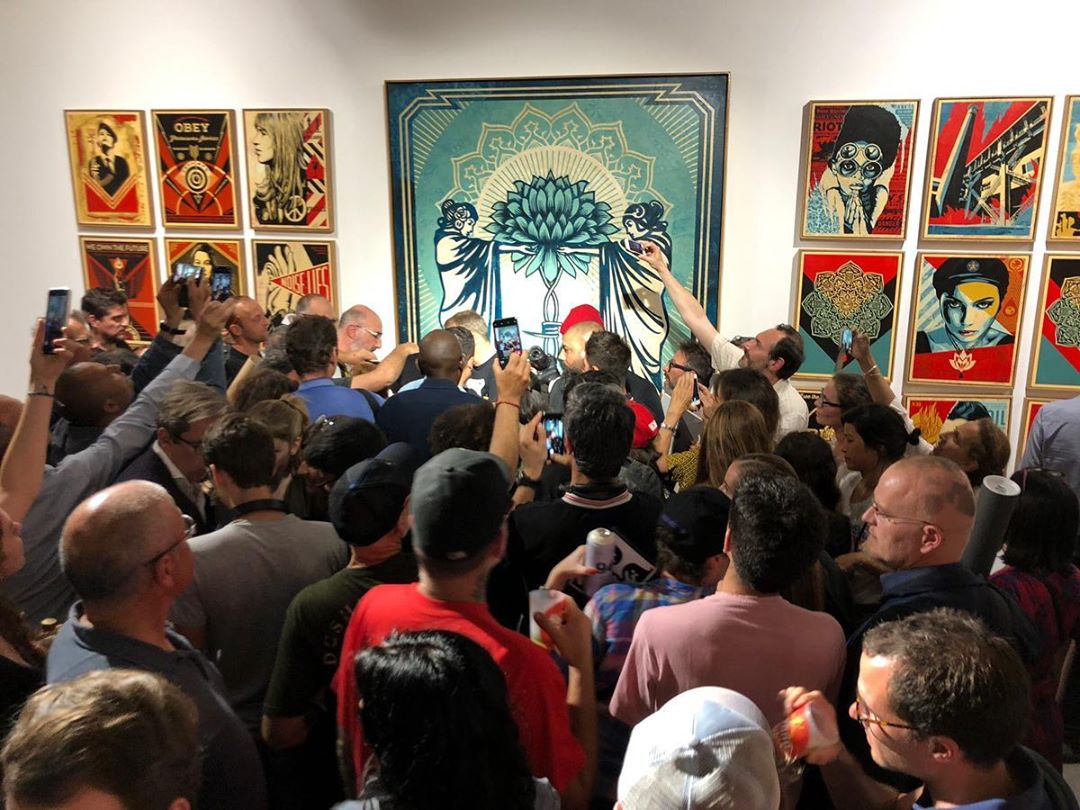 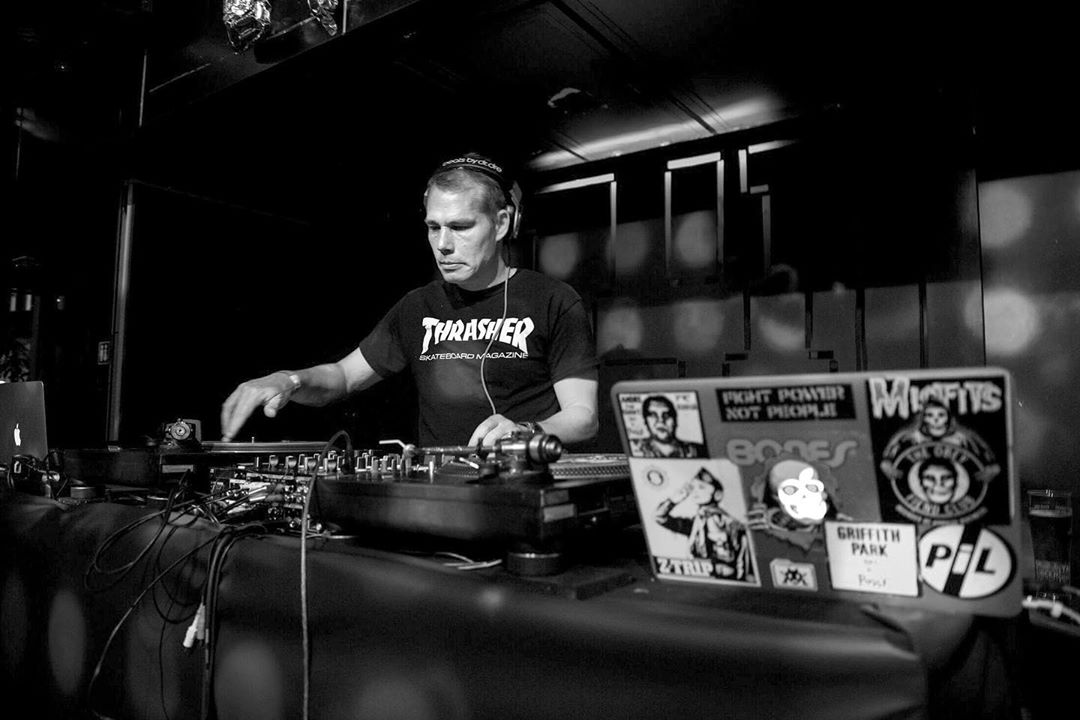 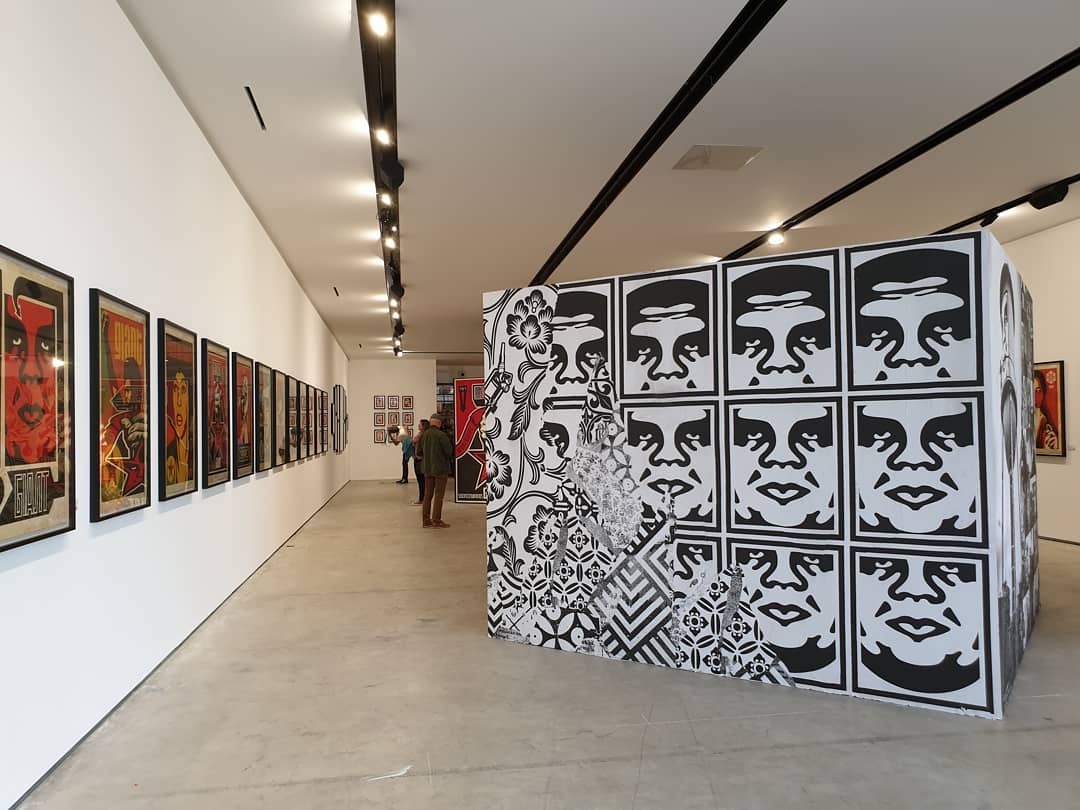 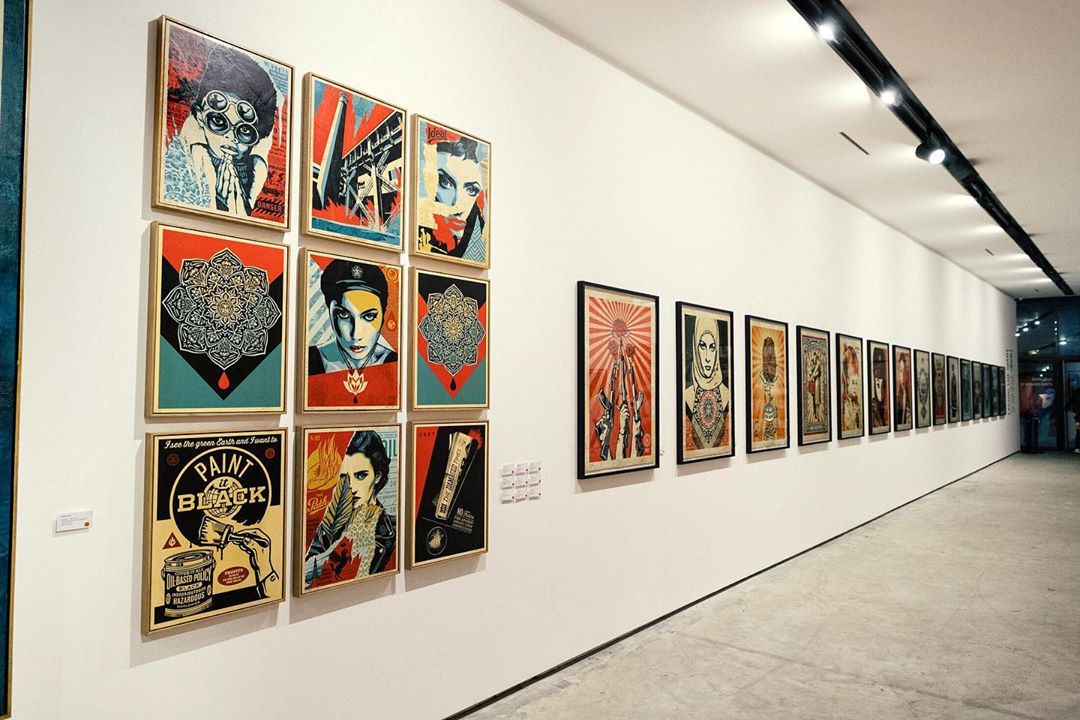 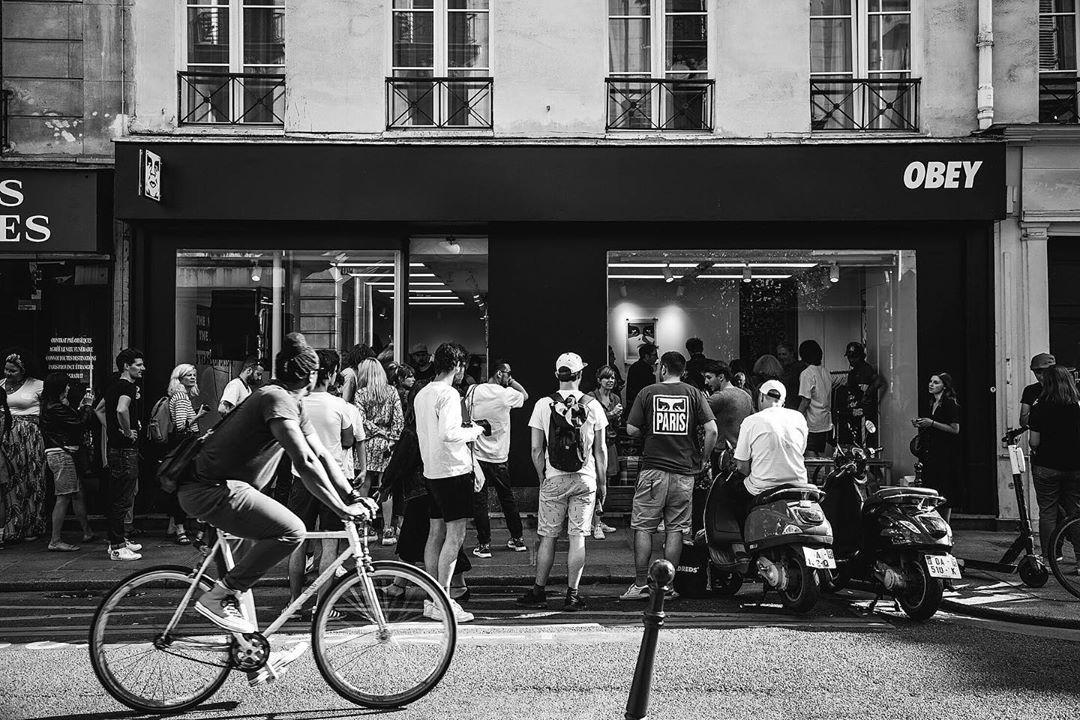