Sickboy (interviewed) is currently presenting an exhibition of 16 new works at That Art Gallery in Bristol. Dreamworlds is the first solo show back in his adopted home-city since 2010 and represents a further progression in the development of the painter’s studio practice. Familiar motifs from the artist’s lexicon are still present, such as the fluttering birds which featured more heavily in his early work, depictions of the ephemera and curios which the artist collects and the walking heart that has more recently been made into an editioned sculpture. However, they have been deliberately fragmented, deconstructed or reduced down to just their negative space, before being reassembled and reconfigured. A narrative is now entirely absent and has been replaced with a mood board which contains elements of both the chaos of the contemporary world and the fragmentary nature of dreams; these coalesce on the canvases and anodized aluminum panels as a sort of hypnagogic hallucination.

The works feature an increasing array of painterly techniques. At one end of the spectrum highly-structured Ben Day dots, which are syonymous with the underground comics that adorn the artist’s studio bookshelves, have been utilized; while elsewhere, a mop has been used to create an uncontrollable smear of red paint across the surface of the canvas. The new paintings also demonstrates a continuing shift from bold, primary colors to a more subtle, pastel palette. In contast, the two monochomatic Greyscale Ruler canvases are suggestive of Tomoo Gokita’s post-conceptual nothingness. But in the context of the richly chromatic works which dominates the rest of the show and the two adjacent temple prints which represent a Byzantine positivity, this monochromic nothingness manifests itself more as a kind of nihilistic vision, rather than the passive neutrality of his Japanese counterpart’s paintings.

Consistant with the focus on dreams, the paintings invoke a sense of both wonderment and disorientating anxiety. This duality is a feature which is continued in the exhibition’s centrepiece; an Airstream trailer sculpture created in collaboration with the artist Torso. The fine detail of the caravan gives a sense of a post-apocalyptic, dystopia but this is contrasted by the unavoidably redemptive positivity of Sickboy’s slogans and symbology.

The exhibition runs until 24th July 2019 (11am – 6pm, Tuesday to Saturday) at That Art Gallery, 17 Christmas Steps, Bristol, BS1 5BS.  Additionally, Sickboy will be releasing the fourth issue of his limited edition Carafanzine zine at the exhibition this Saturday from 12 noon onwards. 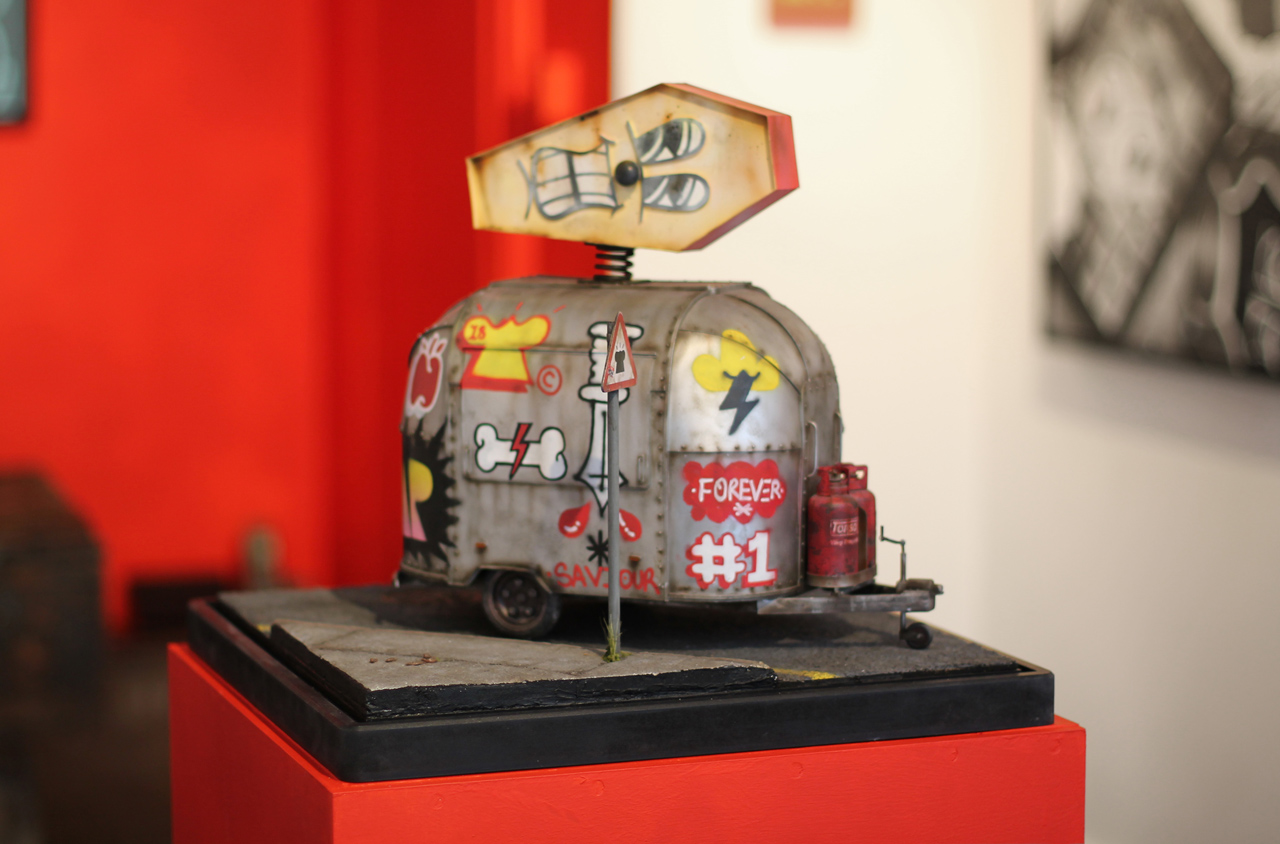 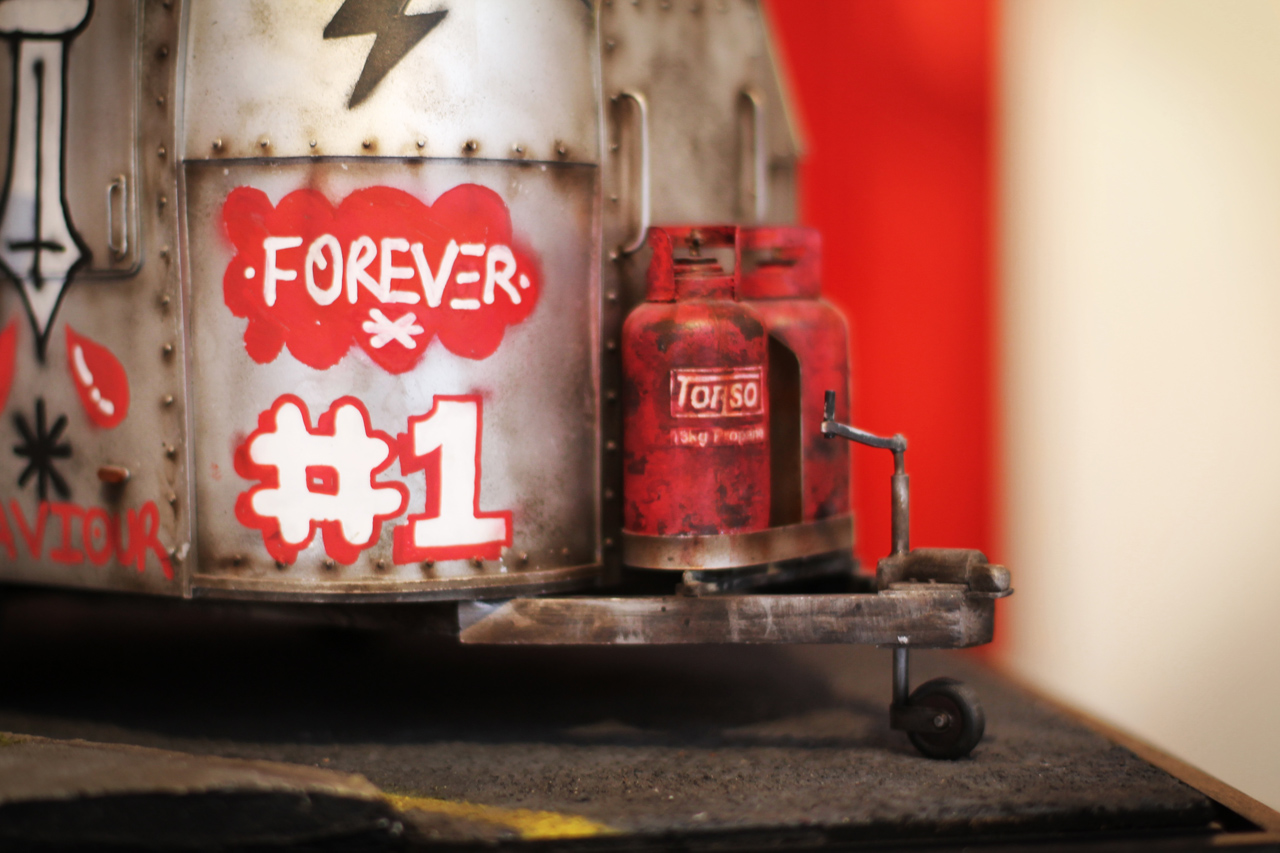 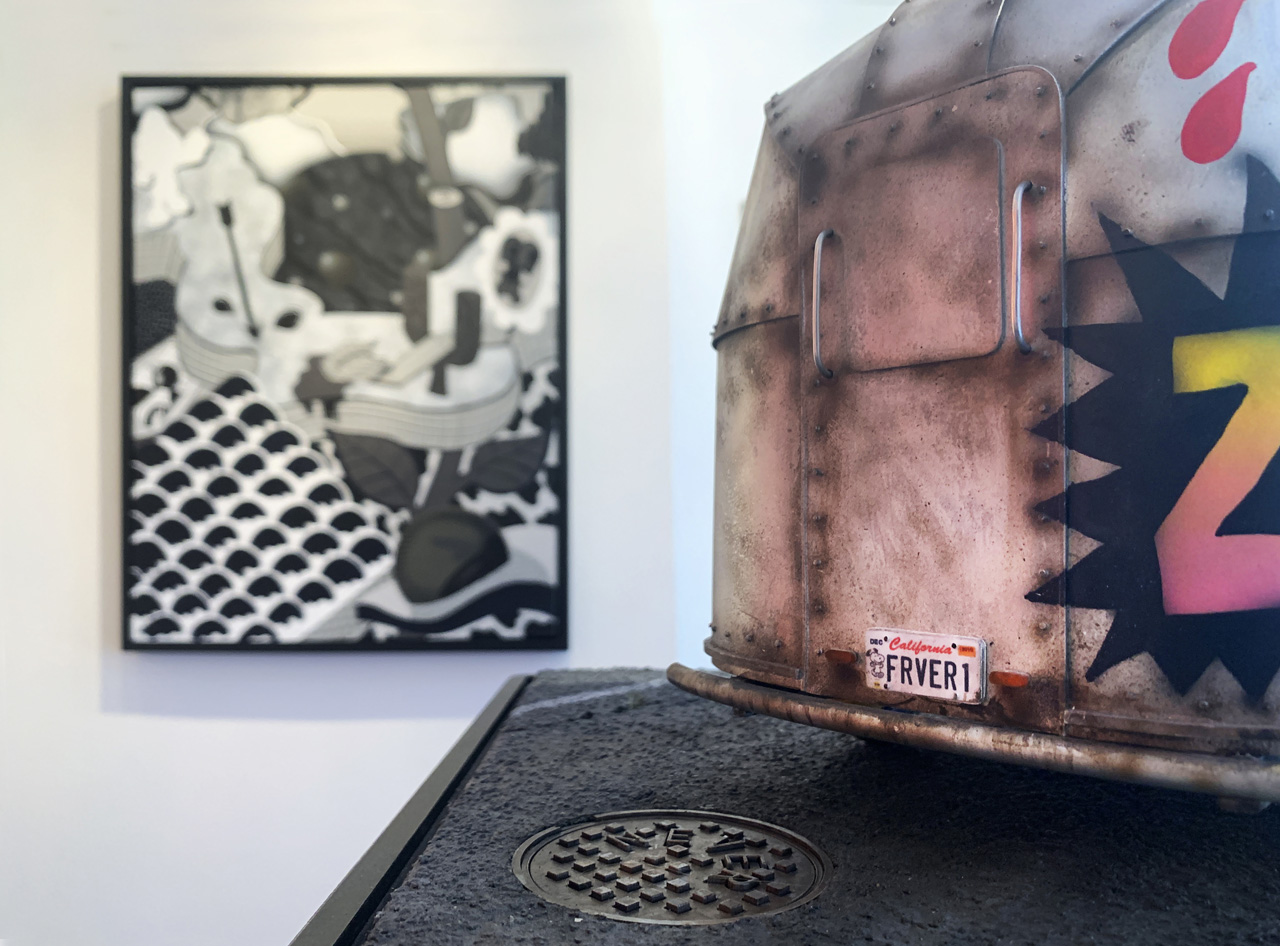 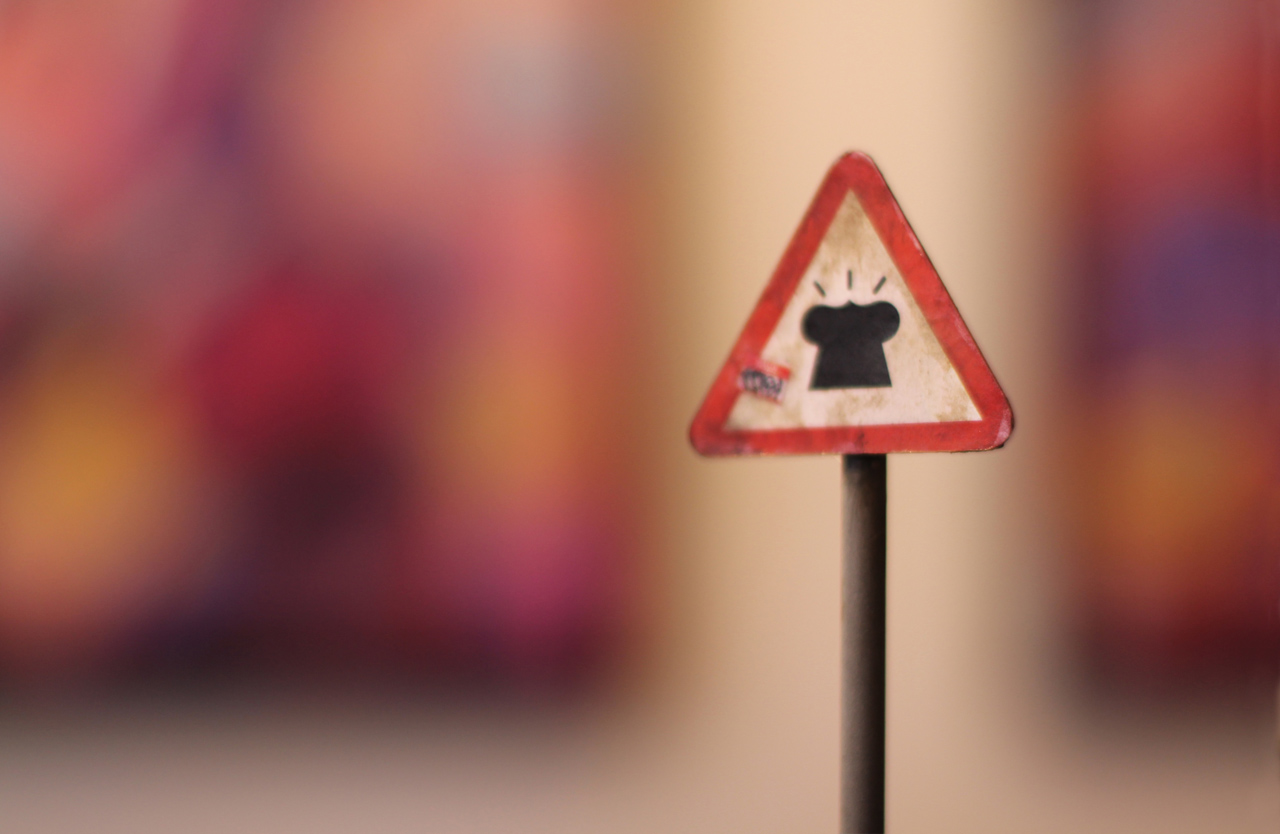 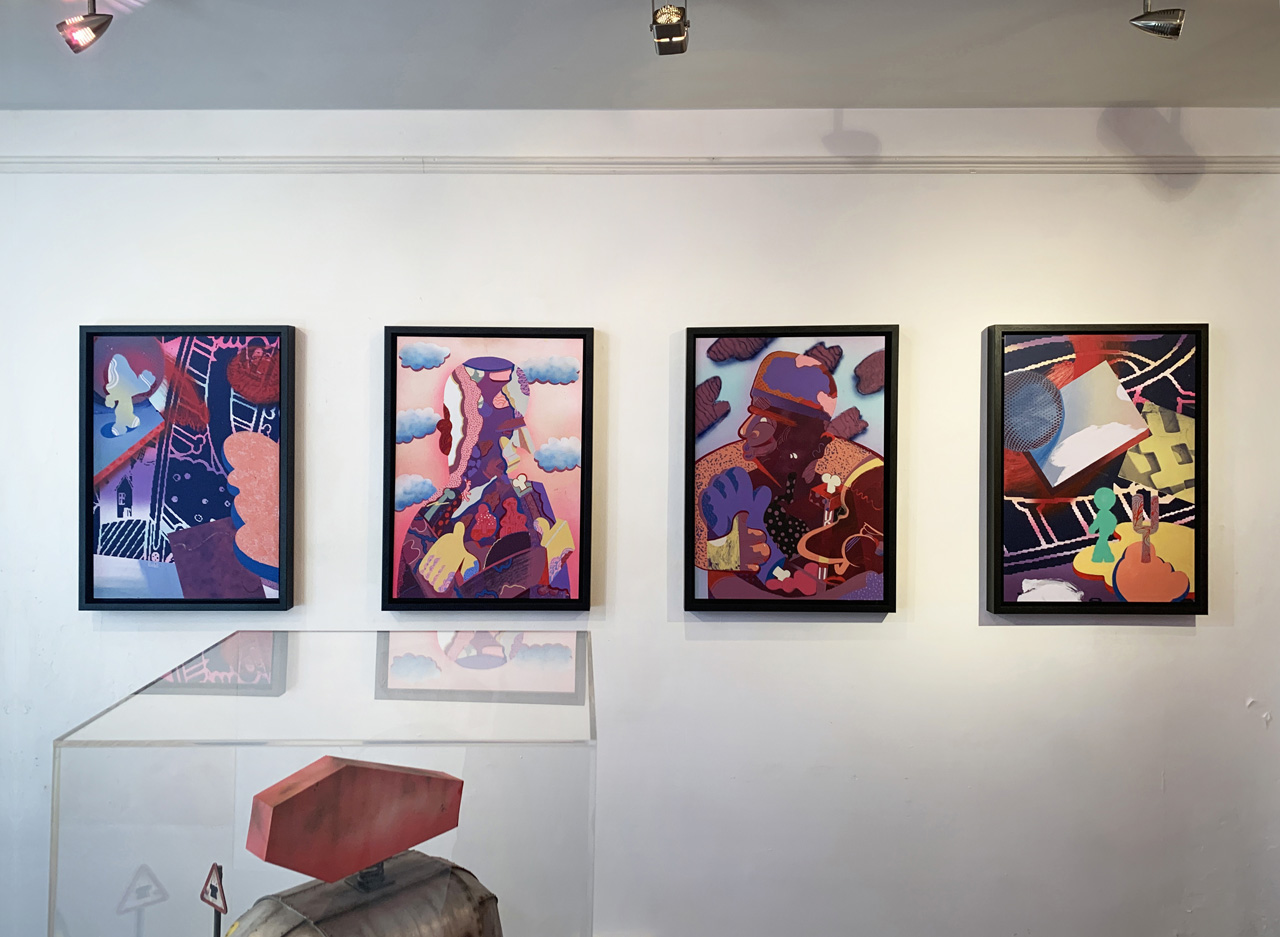 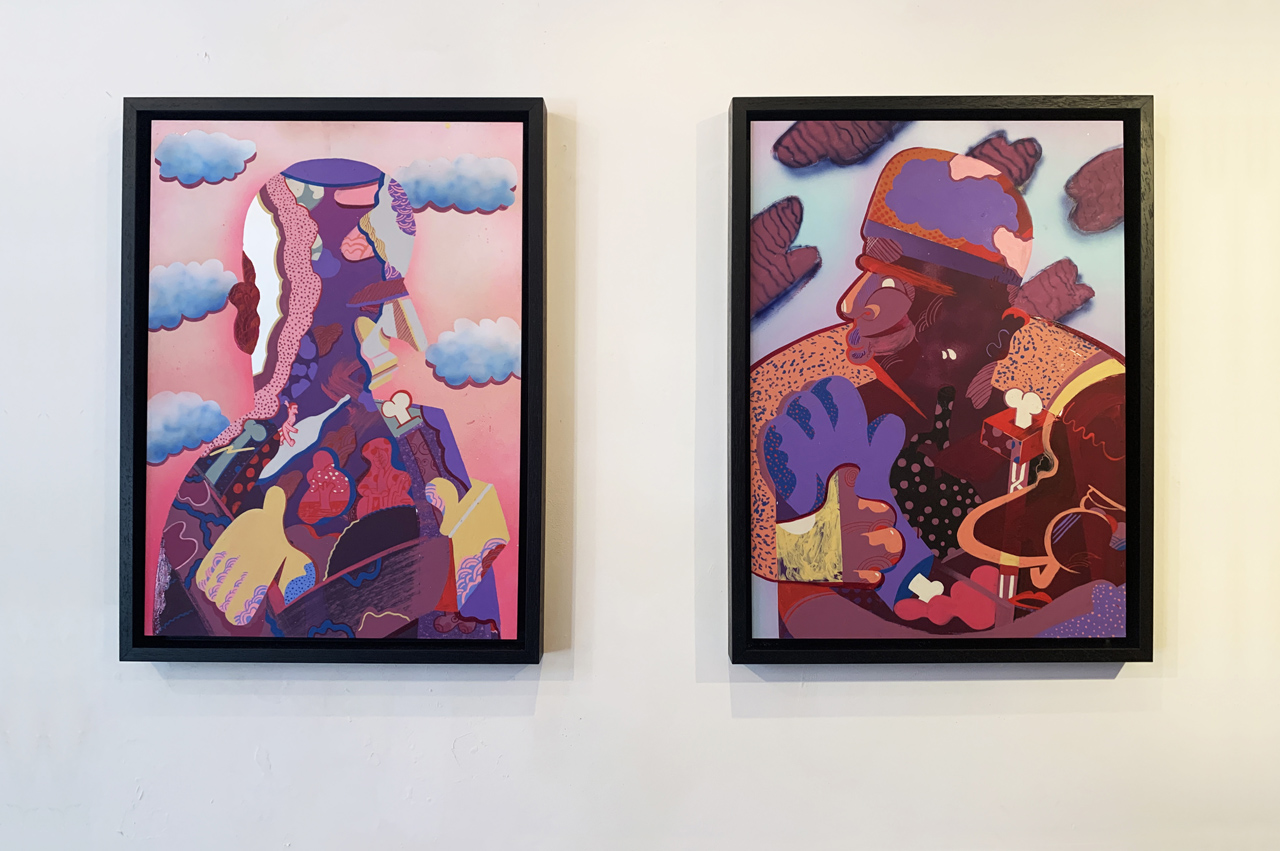 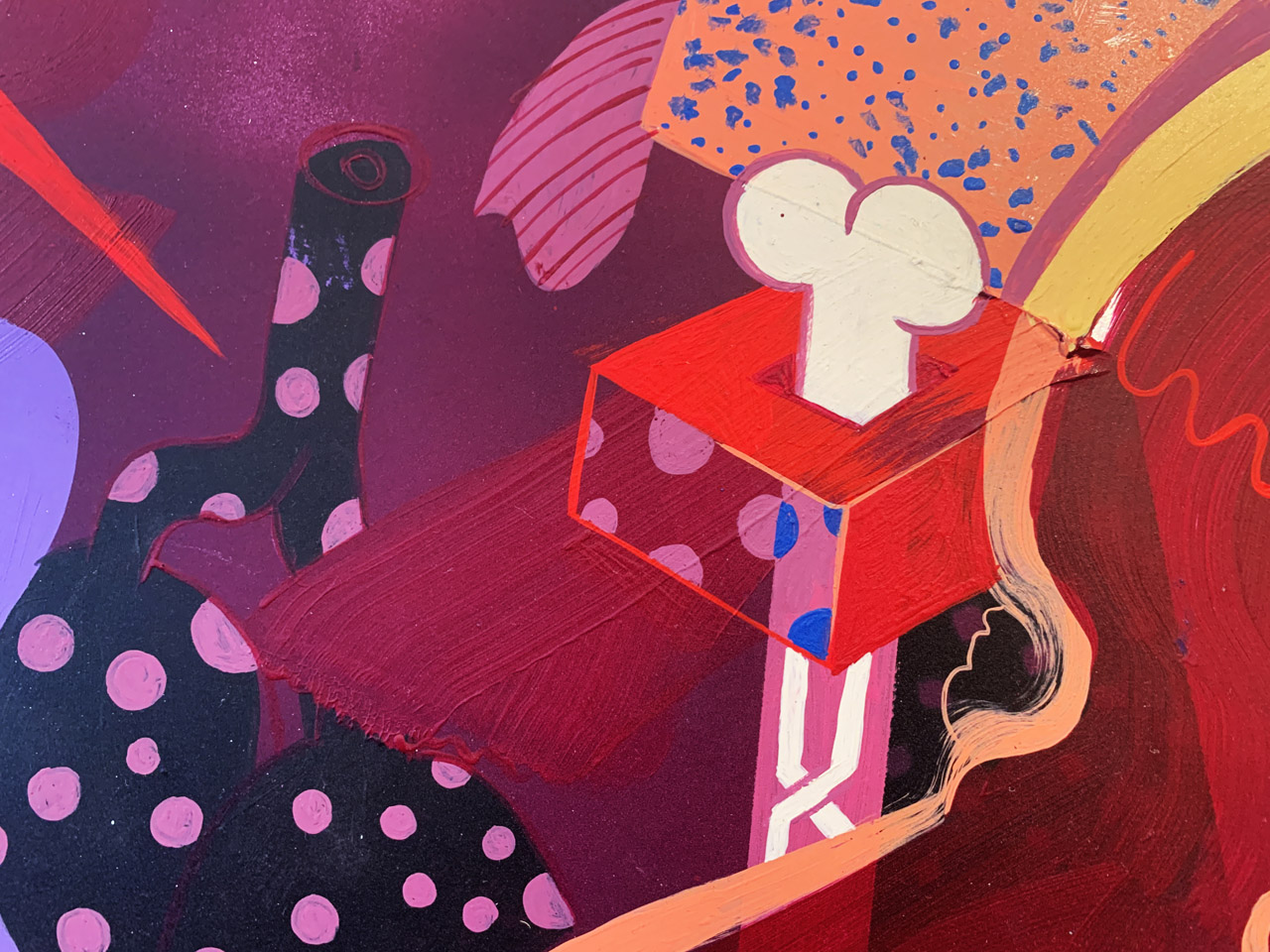 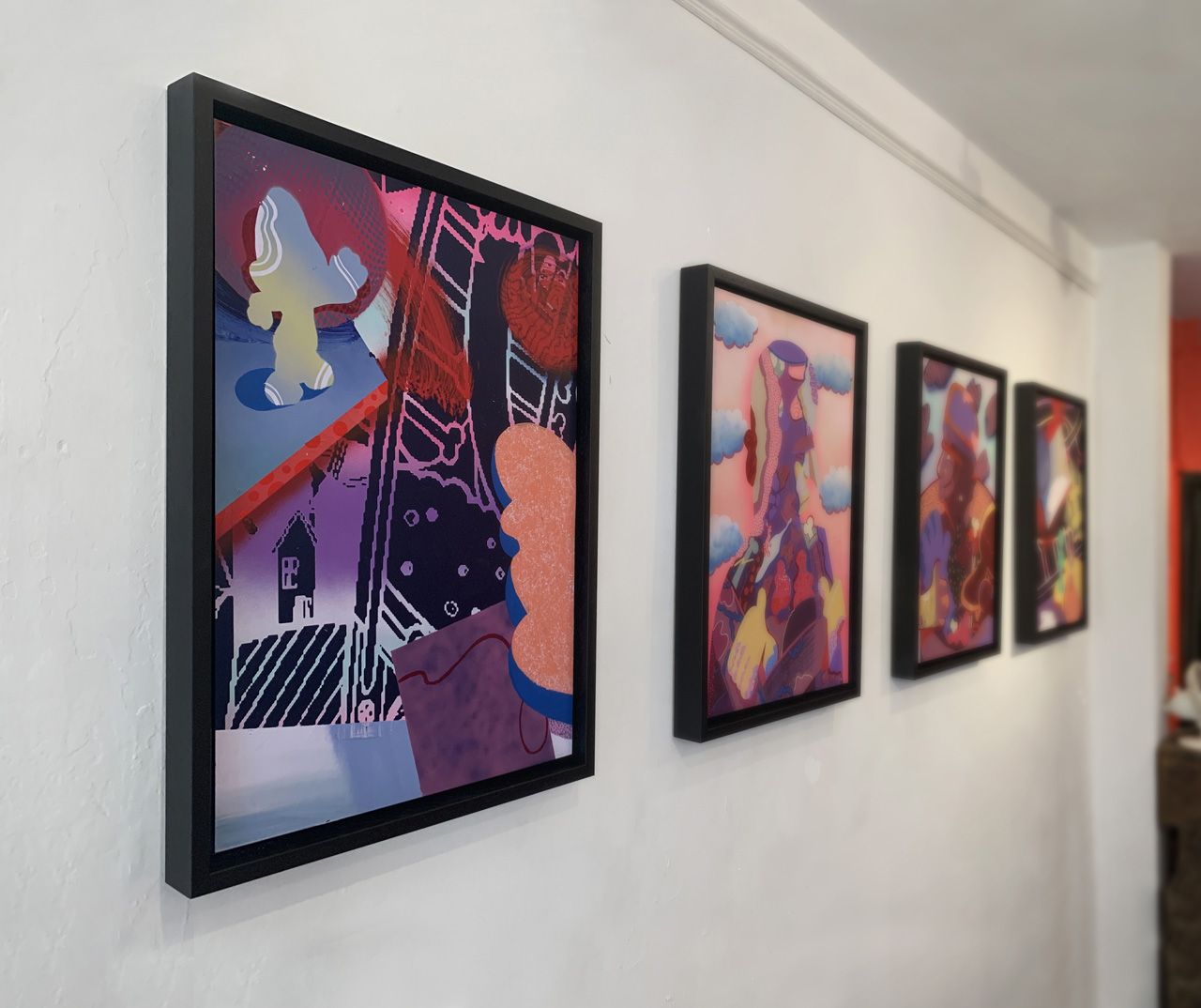