Tate Liverpool is currently staging the first retrospective of Keith Haring’s work in the UK. The exhibition touches on Haring’s early investigations into semiotics, where he was deconstructing, deciphering and seeking the meaning attached to language. The show includes examples of him creating a vocabulary of geometric shapes but also, atypically for a young artist, how he consciously moved away from abstraction because he felt it “wasn’t really communicating to the outside world.” His work retained the foundational structure provided by William S. Burroughs’ and Brion Gysin‘s cut-up technique but Haring was able to build and find his own voice by instead conceiving a pictorial vocabulary which was intimate but, also crucially, could be universally understood.

The exhibition picks up from the moment Haring moved from his native Pennsylvania to the crucible of downtown Manhattan in search of a higher level of intensity and to experience new interactions; these are conditions that are both reflected and amplified in the work on display. In his life, he sought to fuse and bring together disparate concepts and sub-cultures: high art and commerce, celebrity and the everyday; South Bronx hip hop and the gay disco scene at his beloved Paradise Garage disco. But, perhaps most importantly for his own work, he was able to pull together the stream of consciousness approach which is integral to both graffiti and Beat-culture. This is demonstated in the immediacy and fluidity of works such as the 50′ long The Matrix painting and his collaboration with LA II on a taxi hood. A myriad of different connections are created between the iconography when it is arranged and rearranged, reflecting the connectedness of the world; symbols are interchanged and rearranged to create infinite variations. As a result, the meaning of each pictogram is comprised not only by its own inherent qualities but also its interactions with adjacent elements. But Haring was not content to just bring these elements together, it was also vitally important to him to be able to connect with individual members of the public on a human level; he noted “I have created reality that is not complete until it is met with the ideas of another human being.”

The New York-artist’s work was created in response to the times in which he lived and, in many ways, it provides a conduit for understanding the 1980s. For example, works in the exhibition address topics such as the shooting of John Lennon, apartheid in South Africa and the HIV/AIDS epidemic. But his themes, messages and outlook transcend that era and there is a particular prescience to the work in 2019. In his diary, the young artist annunciated his fear of the dehumanizing threat of computers and this is vividly portrayed in the large chimeric computer tarpaulin lent to the exhibition by KAWS. Although he later came to see their more positive potential through conversations with his friend Timothy Leary, this work has perhaps never been more relevant than today in the internet age. Likewise, his Clones go home, stencil, which was one of his first street pieces and related to gentrification in the East Village, would be just as germane in contemporary Berlin or Mexico City. Throughout the exhibition, the viewer can clearly hear Haring’s message of personal, political and social liberation, which appears particularly fitting in Liverpool,  given its strong activist history, and at a time when there is a resurgence in political protest across the globe.

The diverse exhibition also includes a re-creation of the blacklight rooms from his first two shows at the Tony Shafrazi gallery, the storyboard for his Time Square animation and video footage of his acrostic poetry readings at the now legendary Club 57. But infused throughout the works on display, whether it is the scraps of ephemera or the grand canvases, is an energy, rhythm and optimism which was present throughout his all-too-short life. 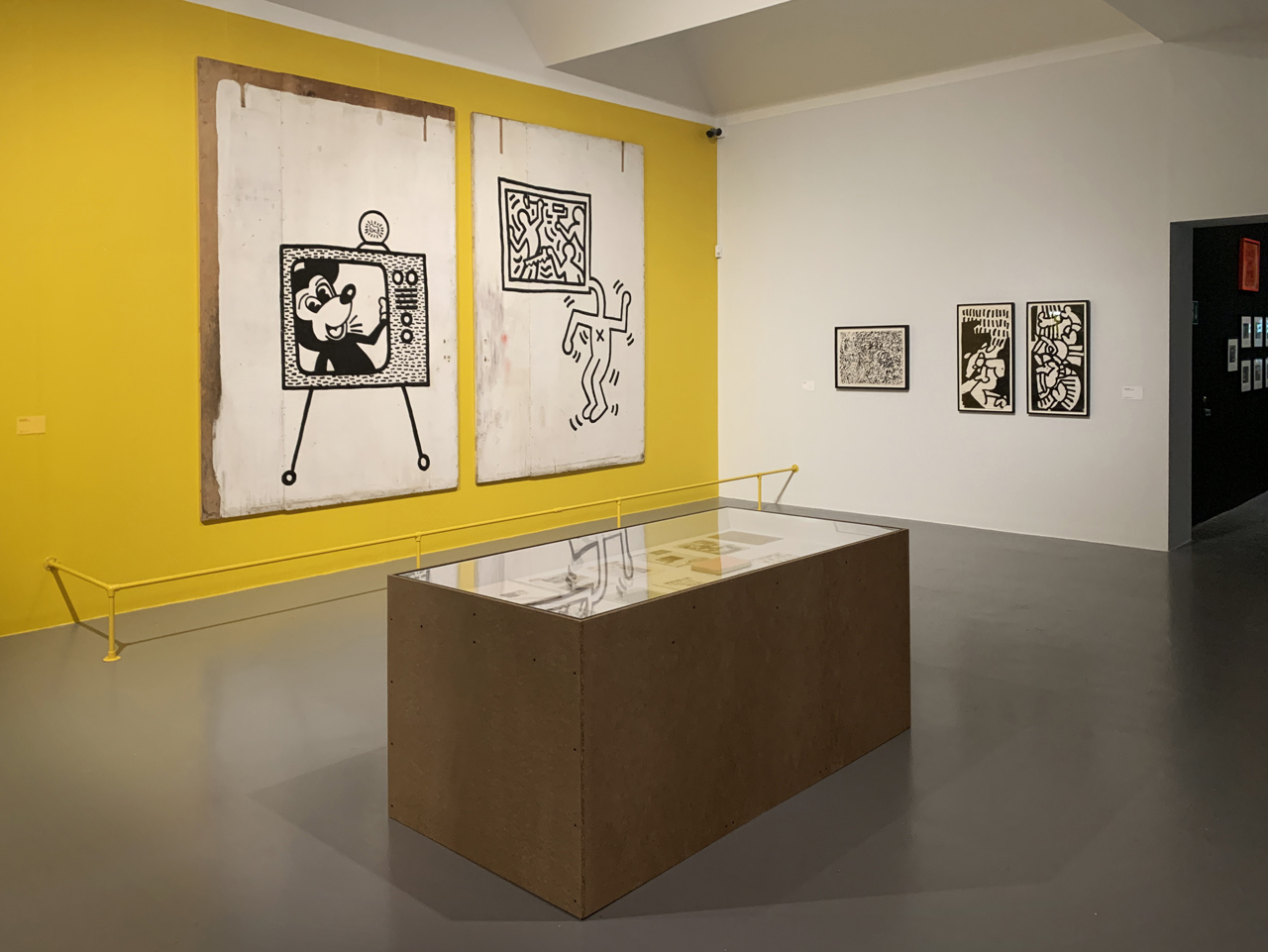 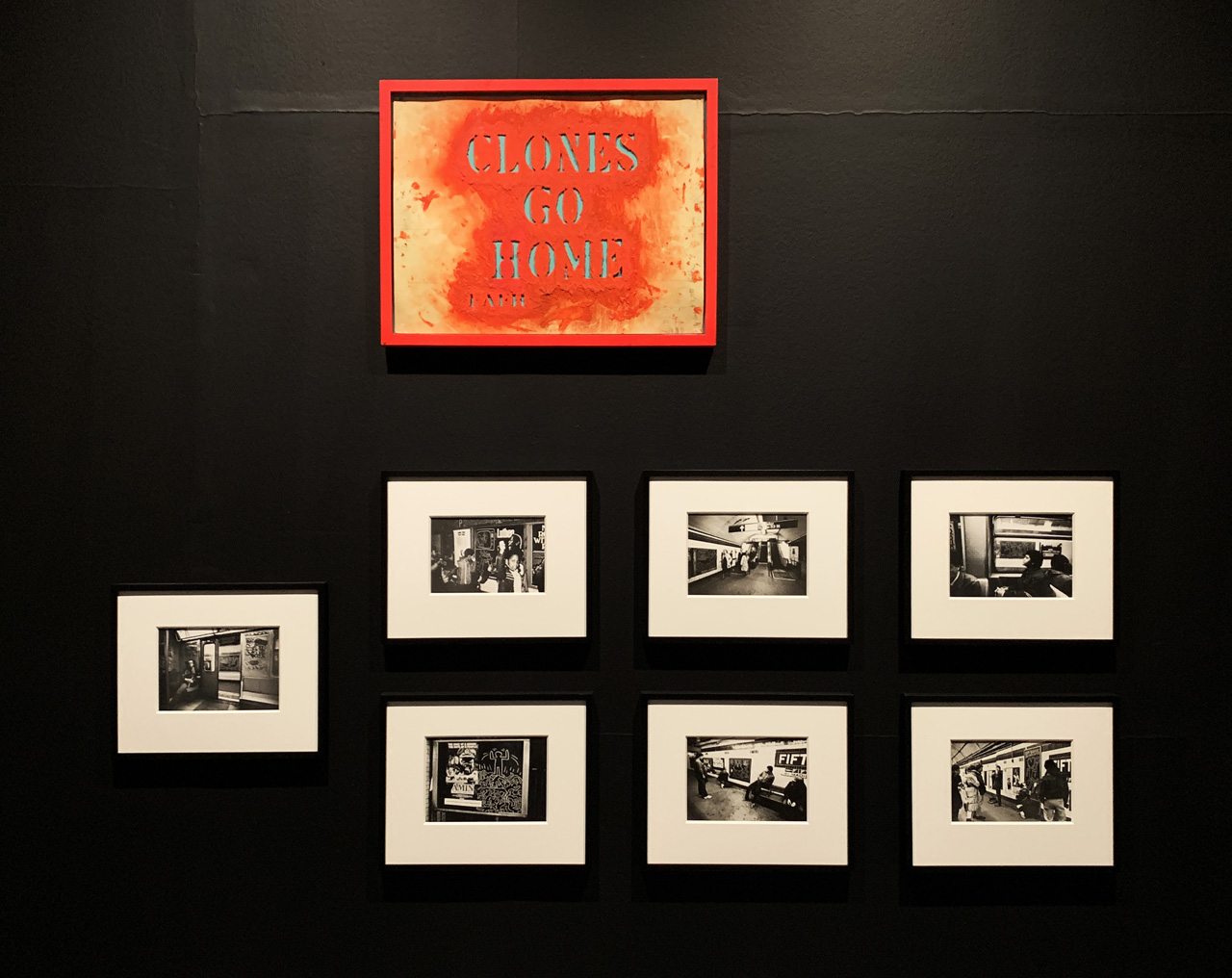 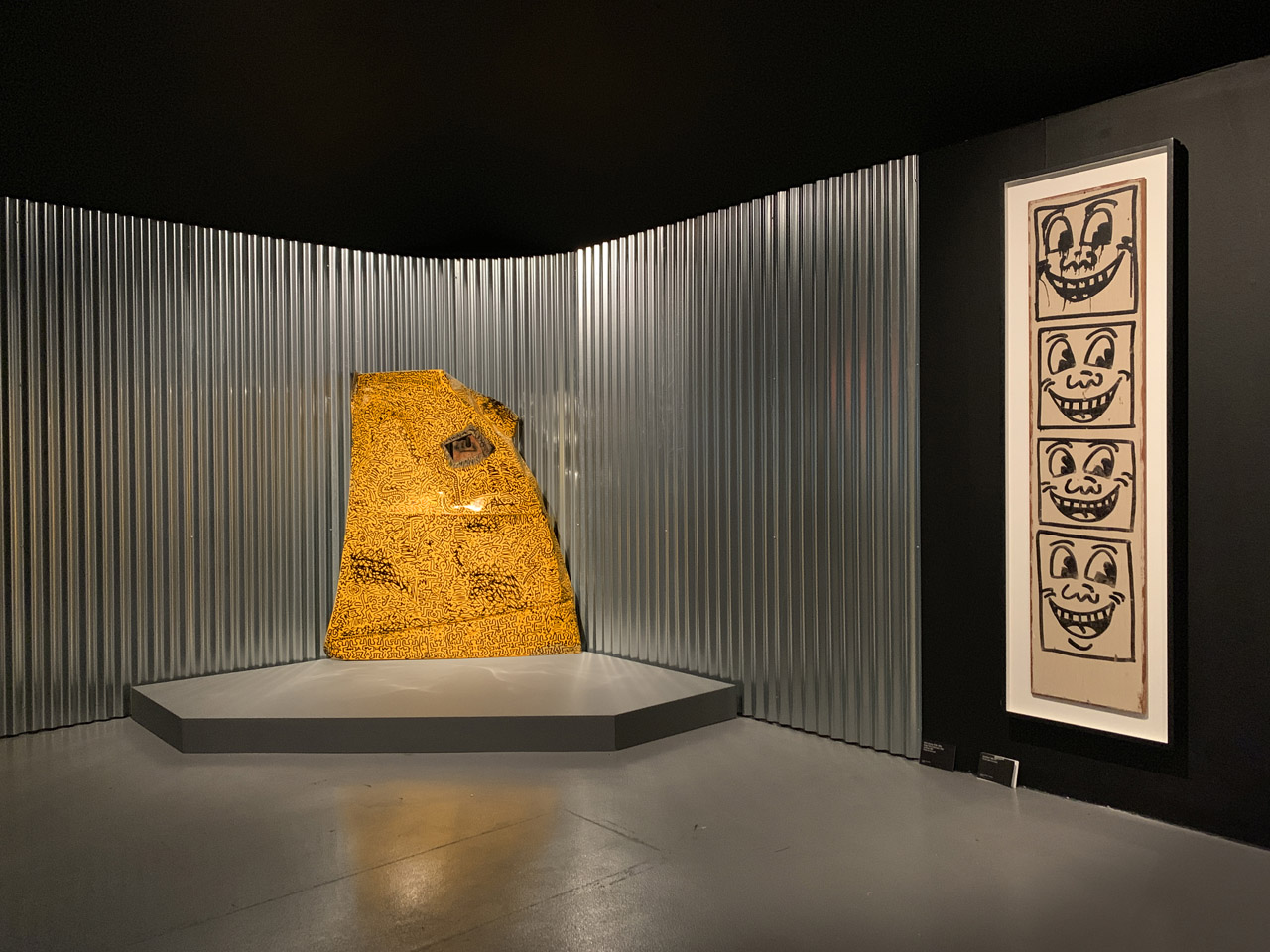 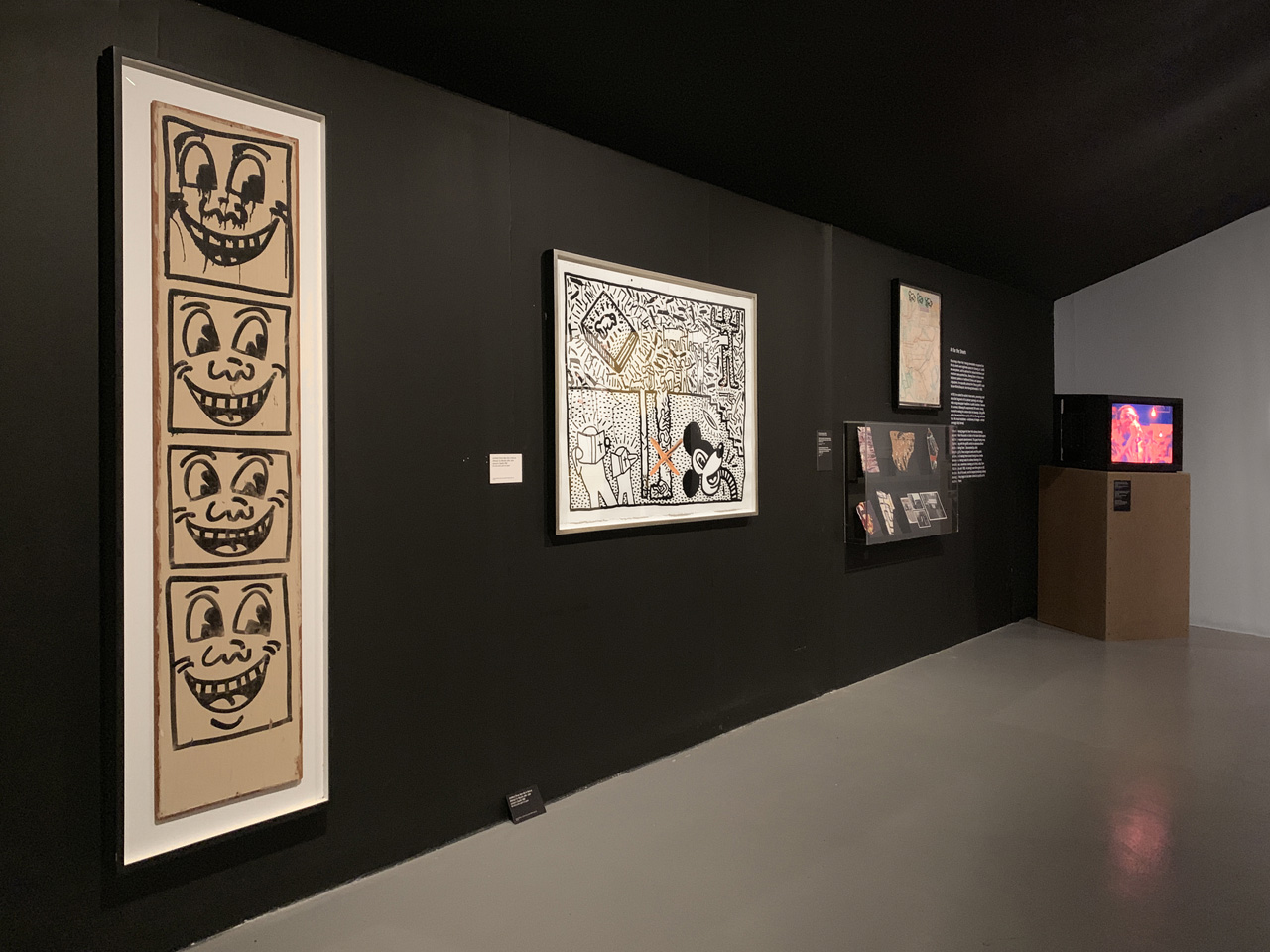 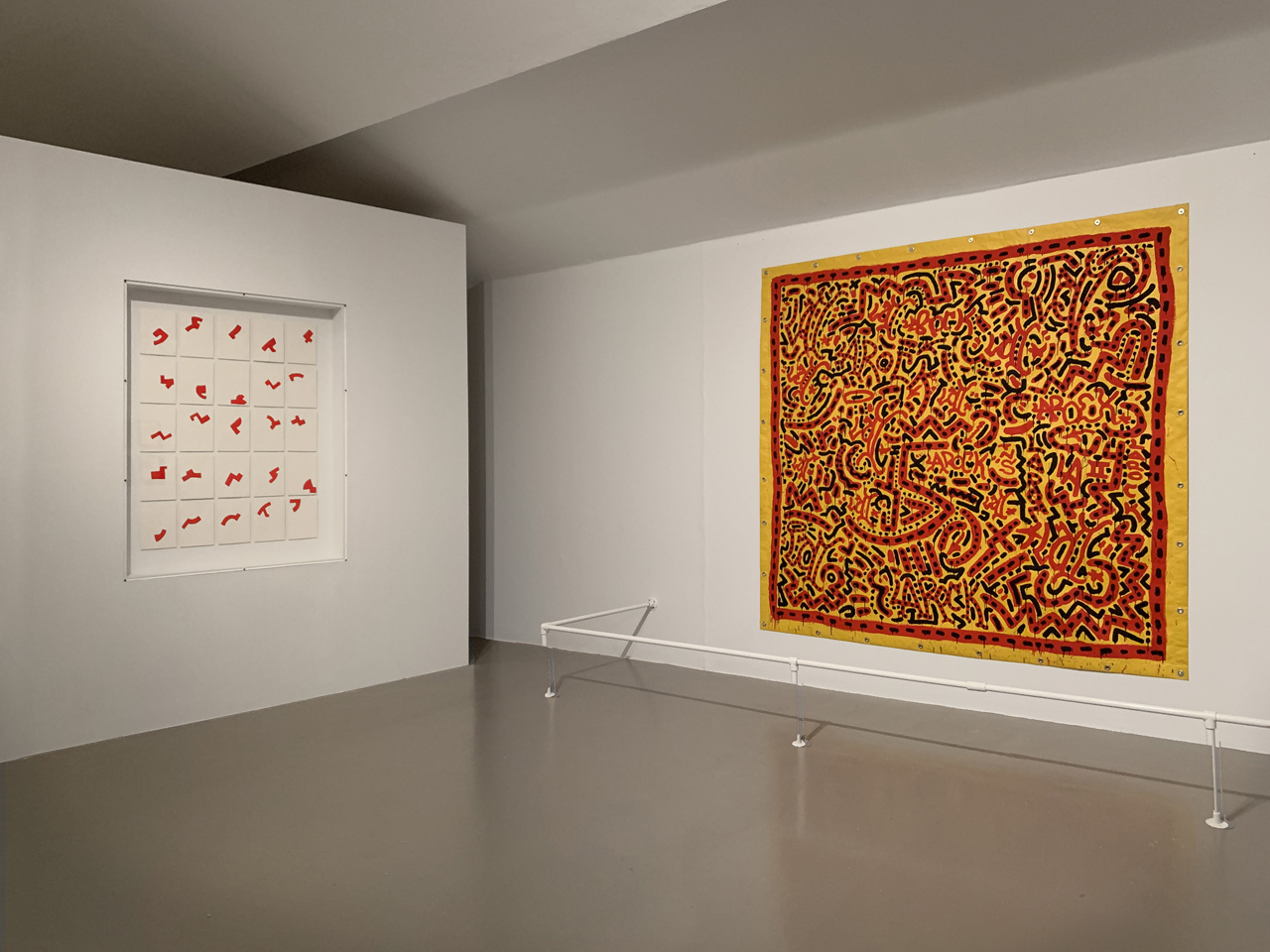 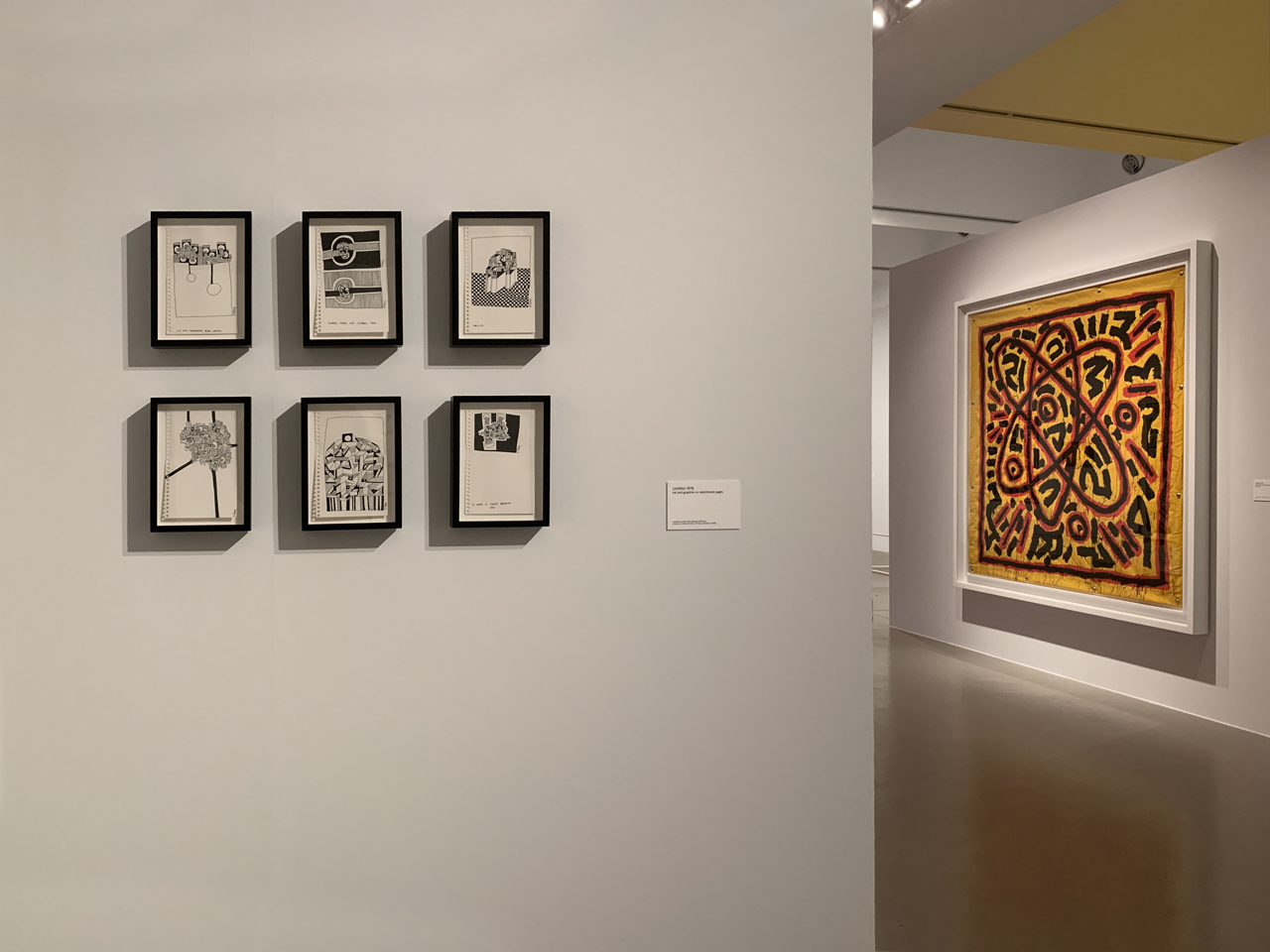 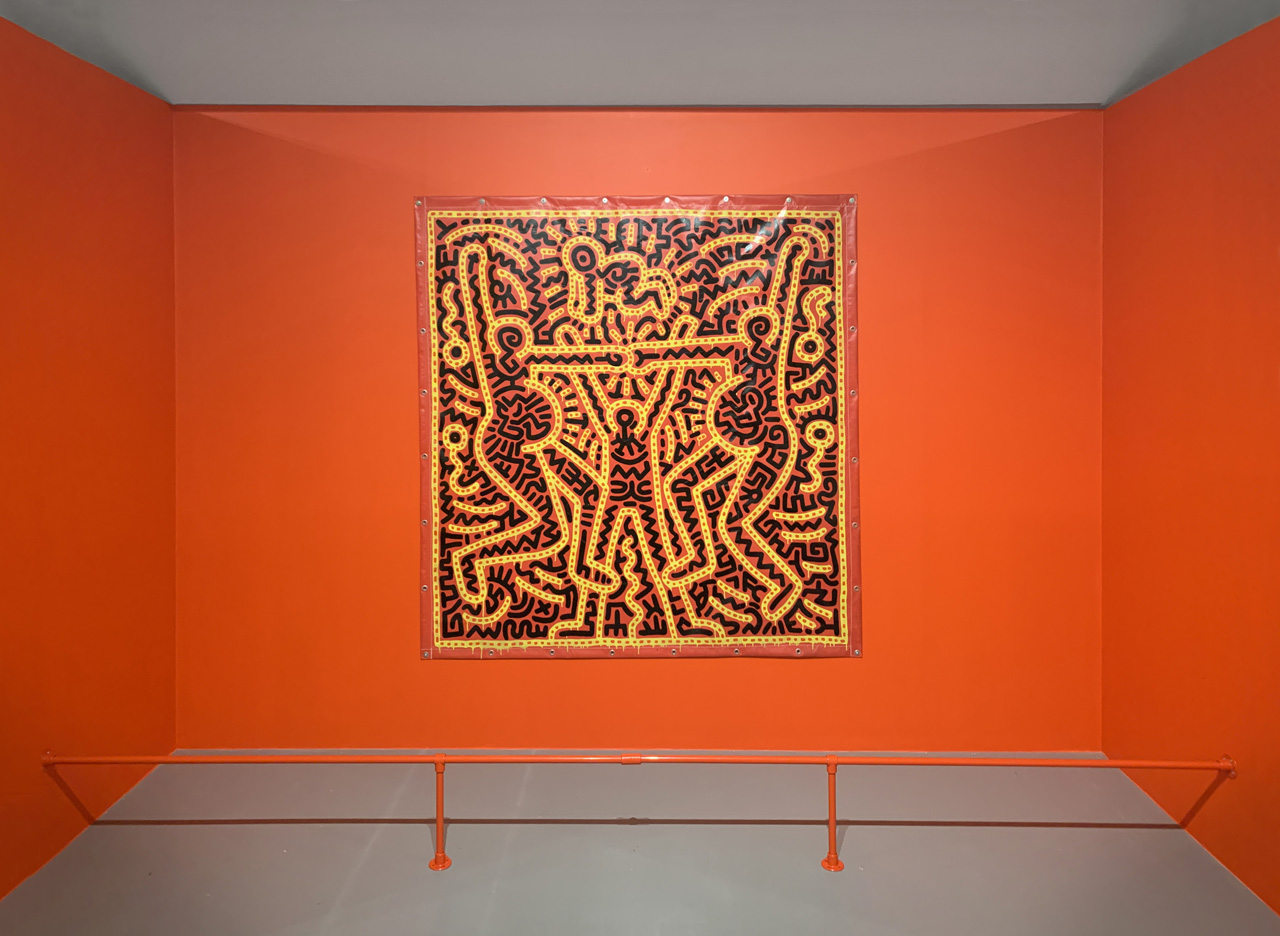 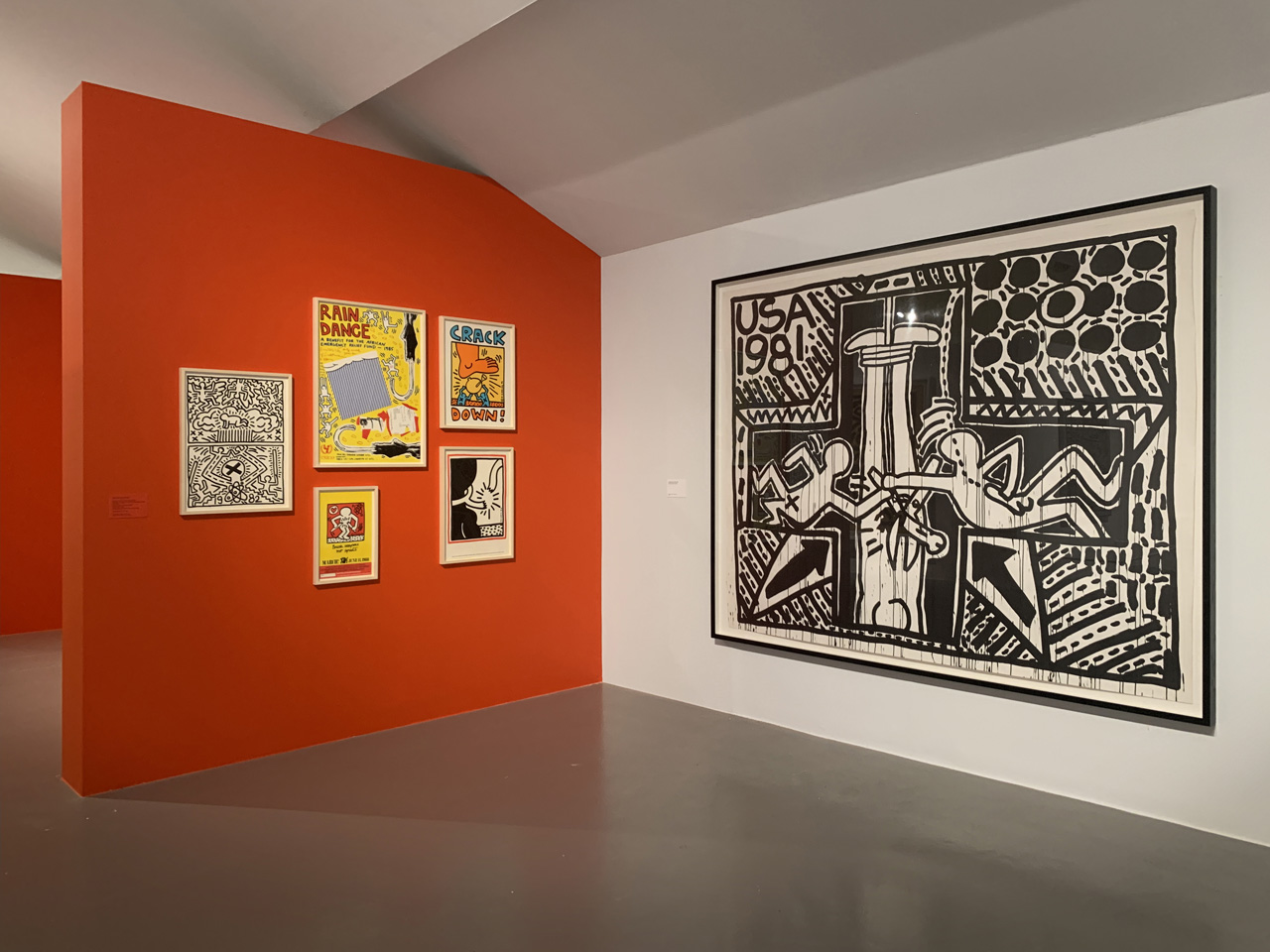