A couple months ago, Eron was able to complete a striking new mural for Phase I of the QUAI 36 project in France centered just outside of Paris in Versailles. Painted in his signature sepia, the piece featuring hands grabbing and releasing doves highlighting the Italian street artist’s skill with the trompe l’oeil technique. Meant to beautify the area where the 1096 social housing units were built in the 1960s, the wall marks Eron’s first public work in France. 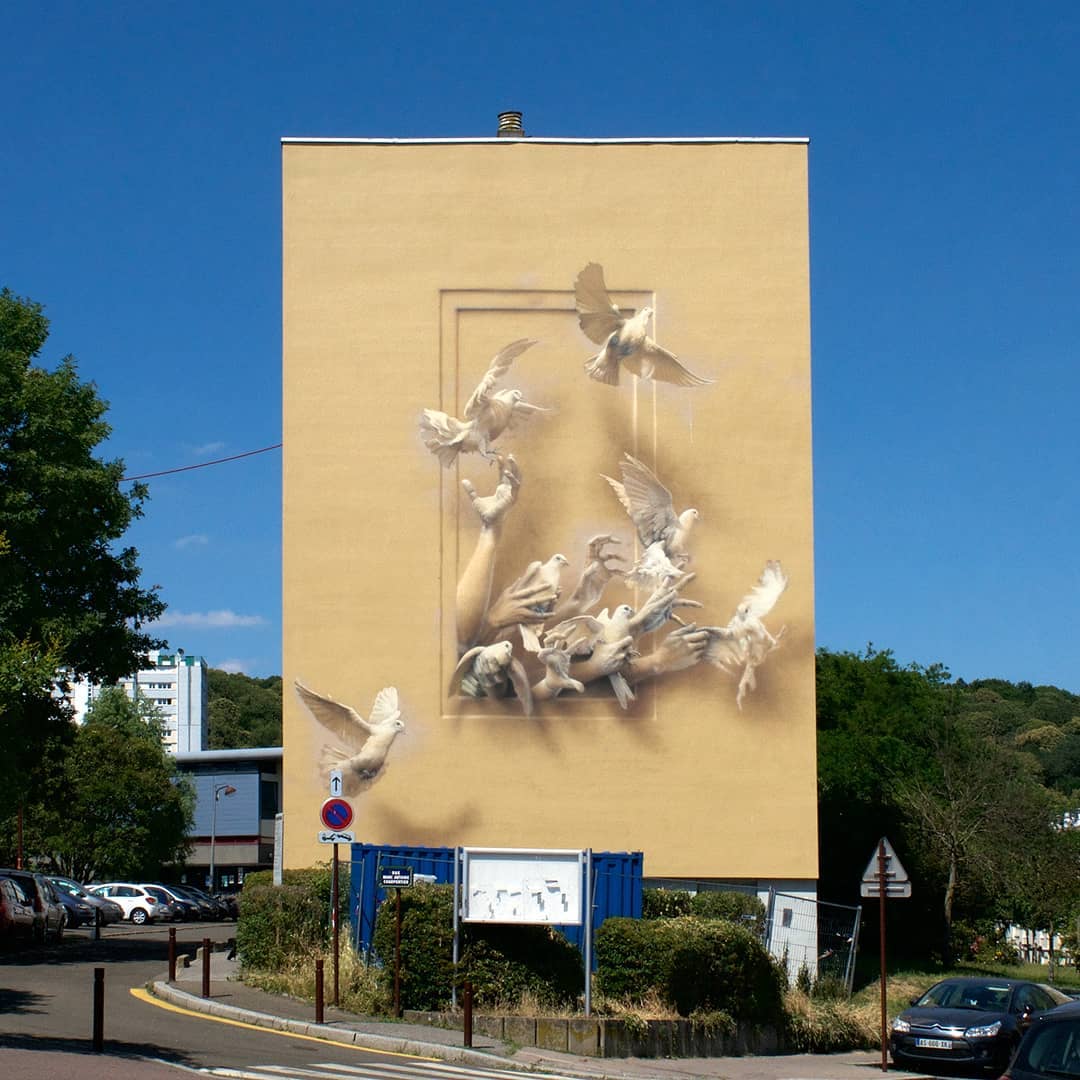 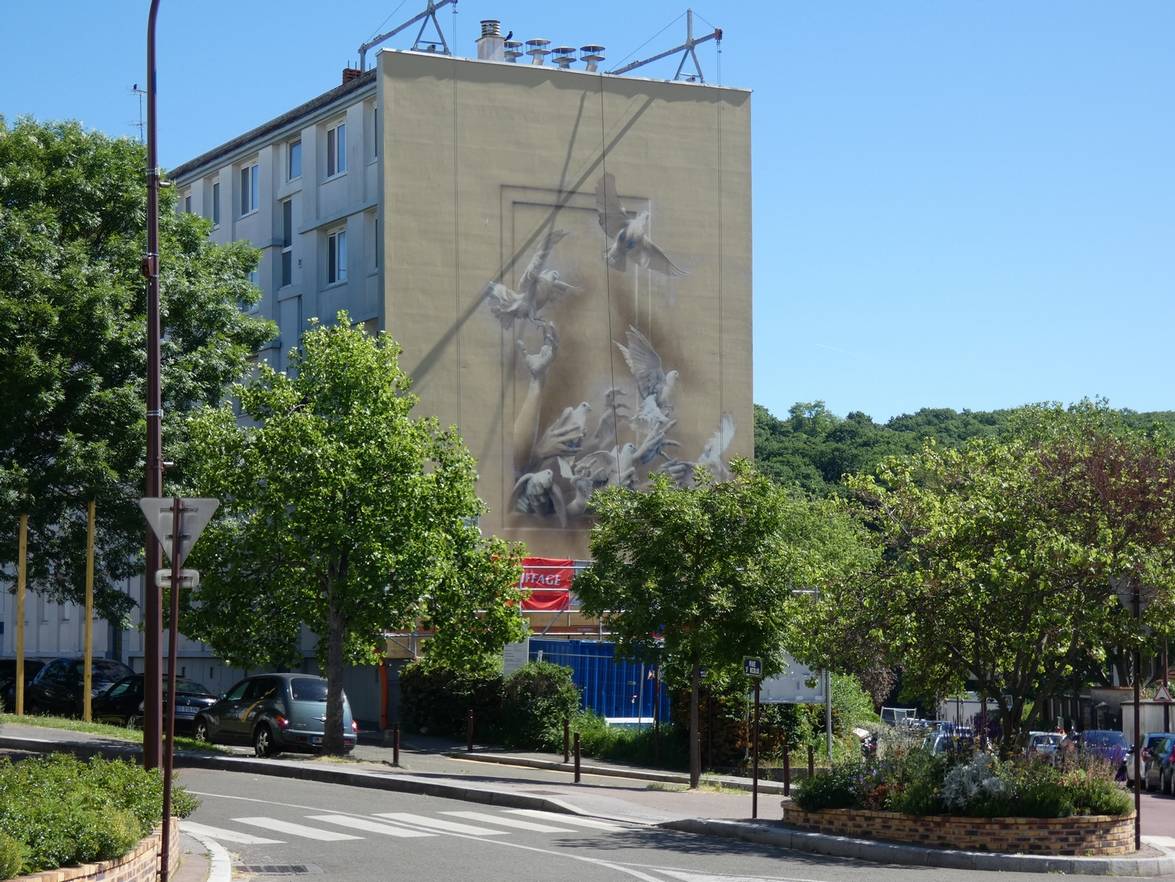 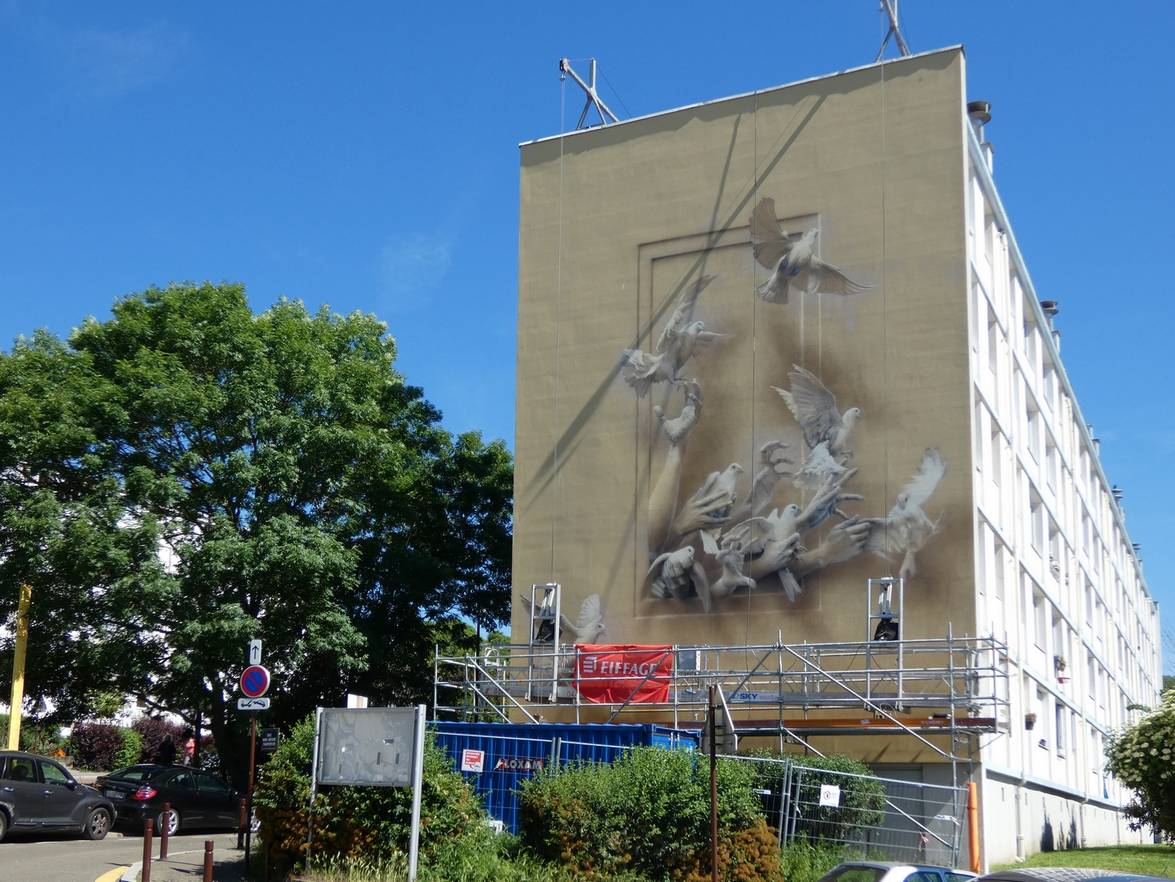 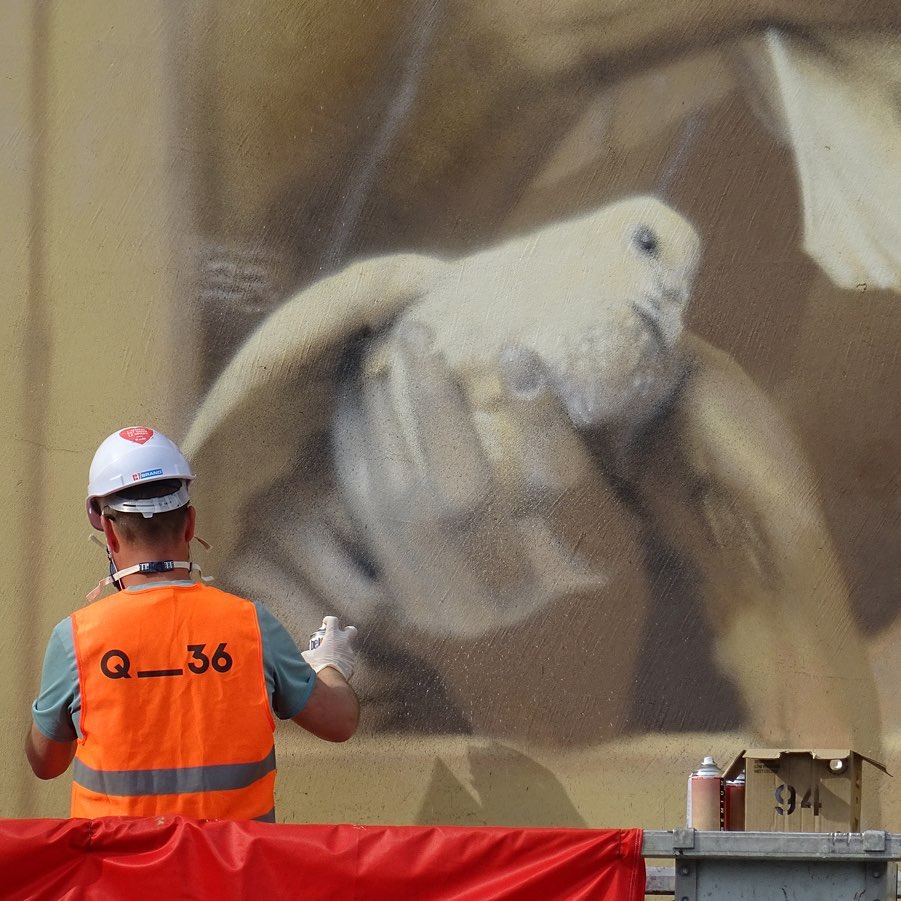 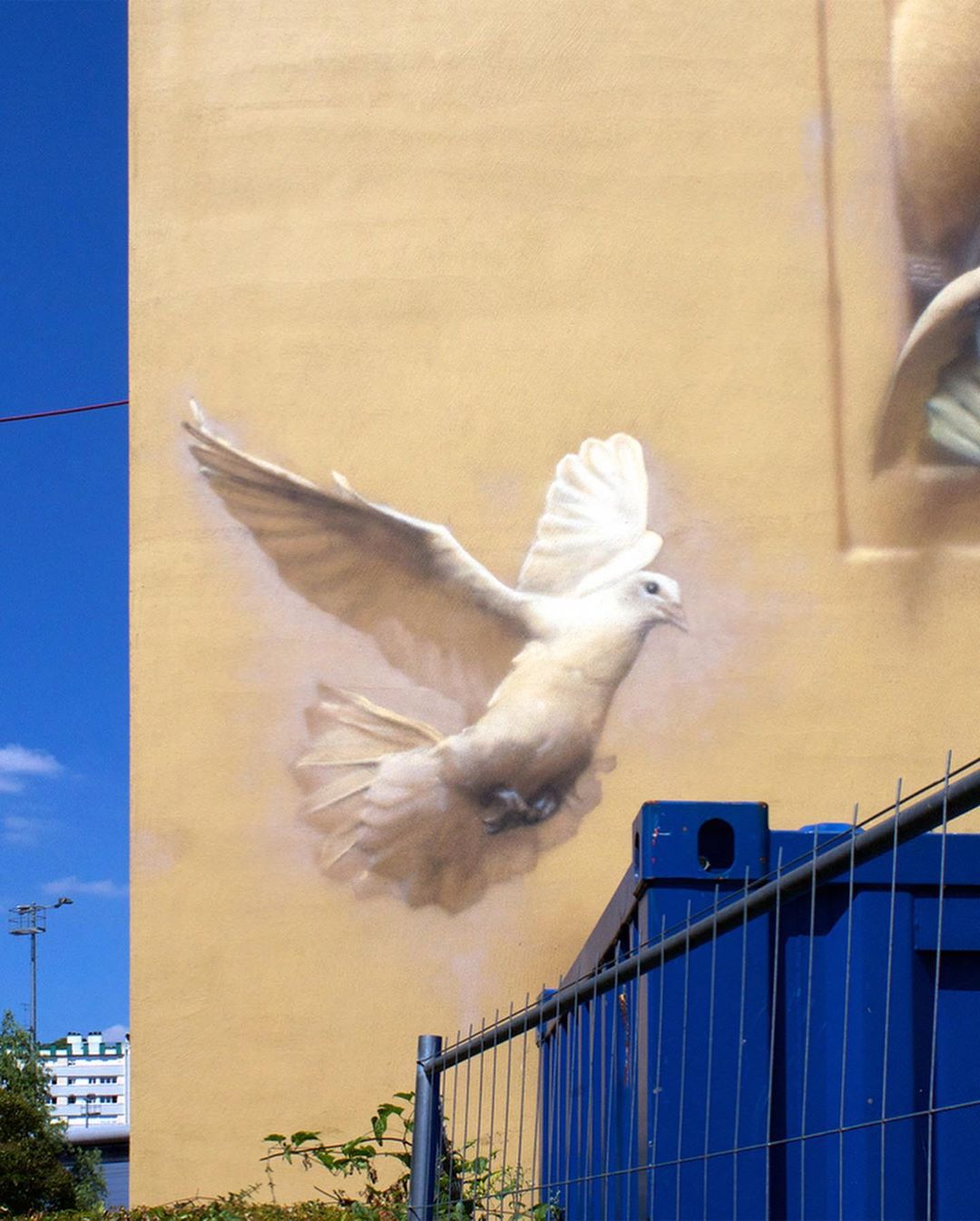 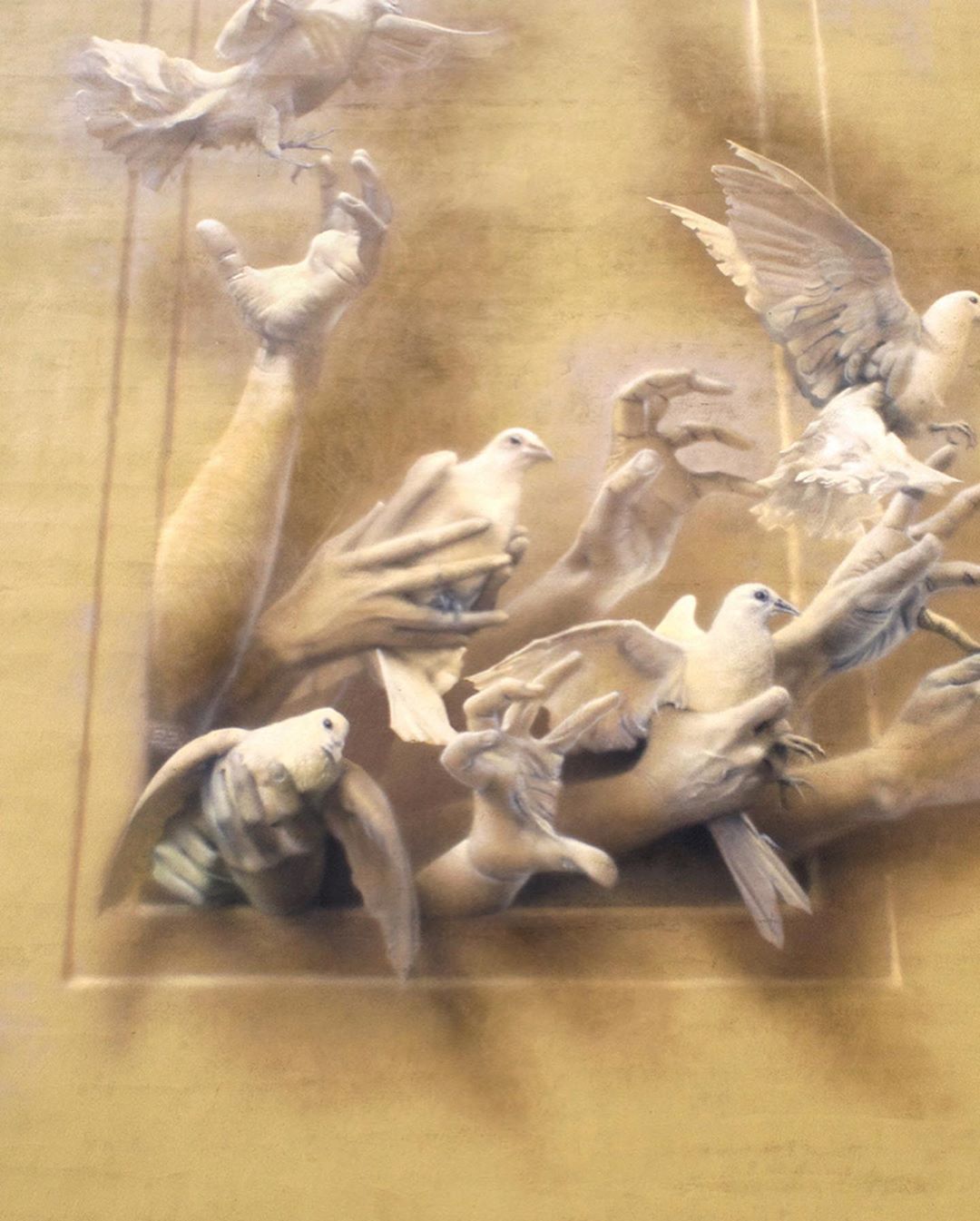 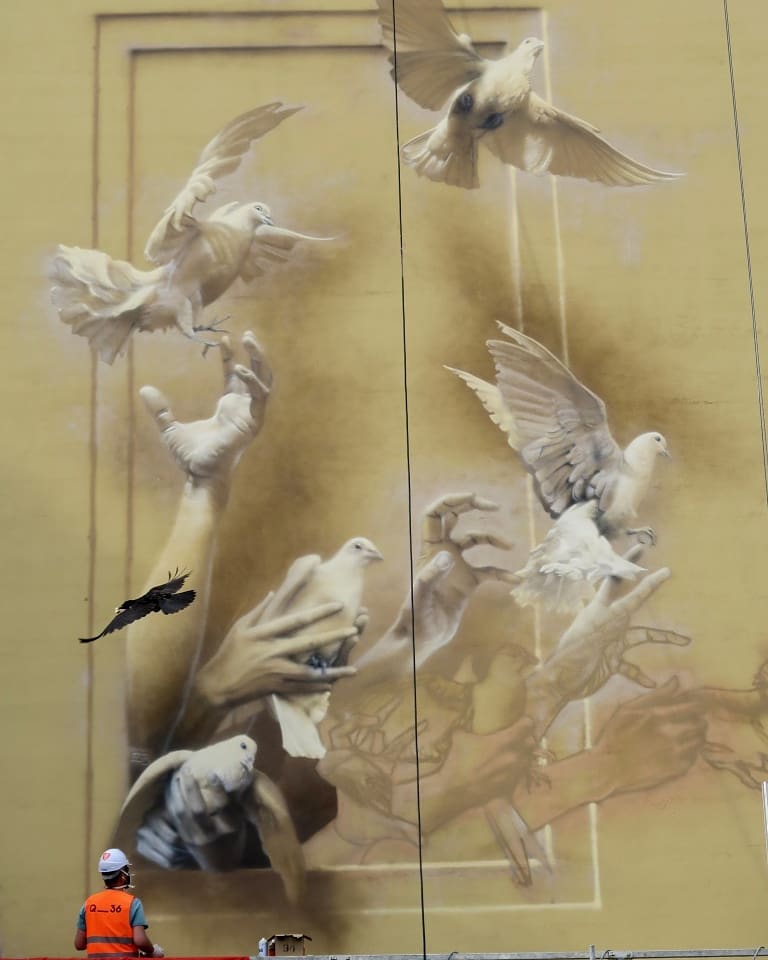 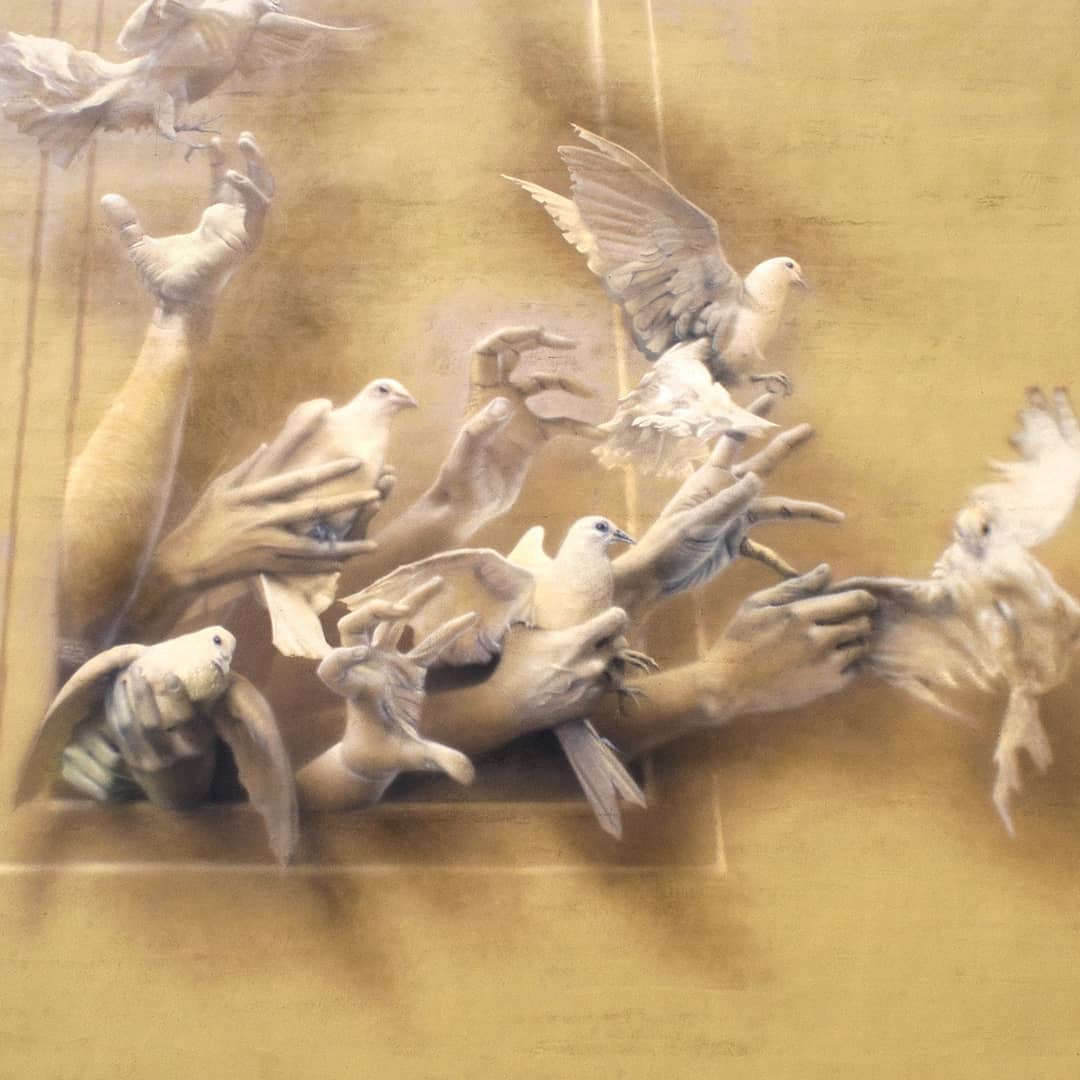