Tonight in Los Angeles, Kenny Scharf (interviewed) will be unveiling a new body of work entitled Optimistically Melting! at Honor Fraser Gallery. The California-born artist, who first made his name on the streets of New York four decades ago, has prepared a few series of works for this exhibition.

First on the list are a set of paintings featuring his signature trippy and cartoonish imagery, but applied to a motif he has rarely explored before – still life. Like the rest of the show, there is a sense of unease the permeates this pieces (for example drips of darkness in the background and references to death), a reflection of Scharf’s growing concern for the state of affairs in the world, especially environmental issues. This can be also be seen in his Lixos assemblages of one time use plastics and in his utilization of found objects like old televisions as his canvases, as well as in a new set large ceramics (produced in collaboration with Stan Edmondson in Pasadena) that feature greenery to be nurtured beyond the term of the exhibition. 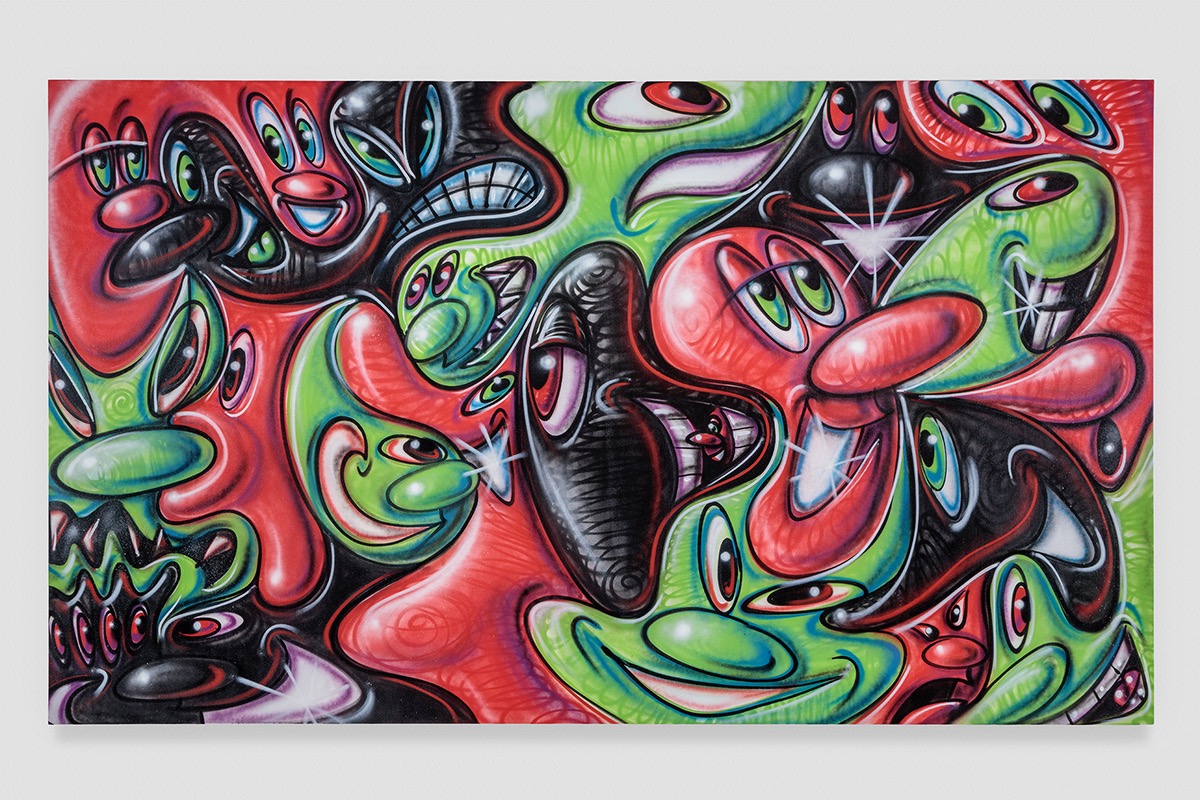 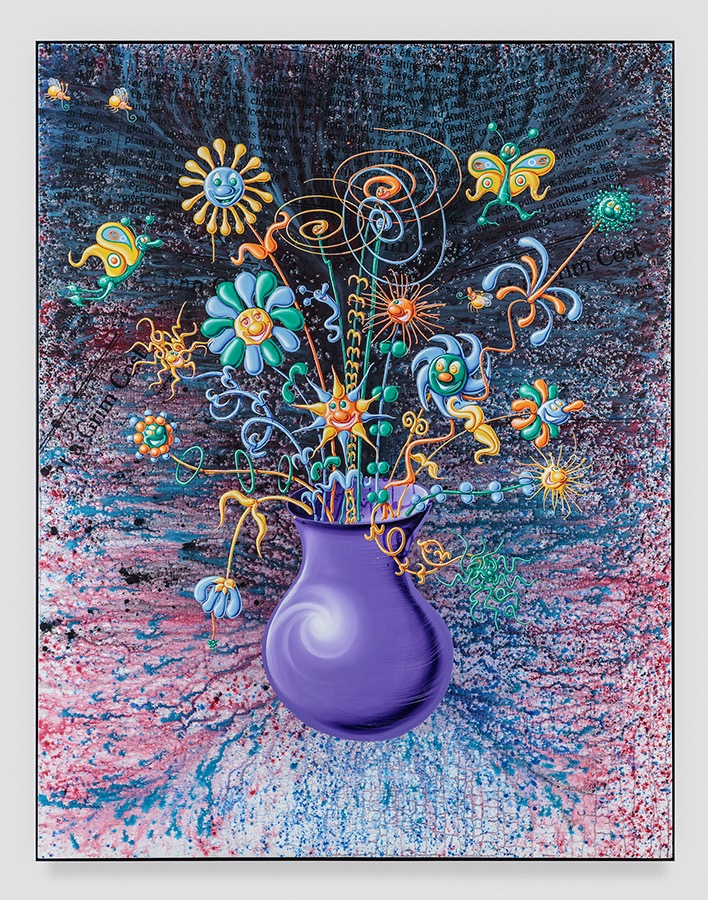 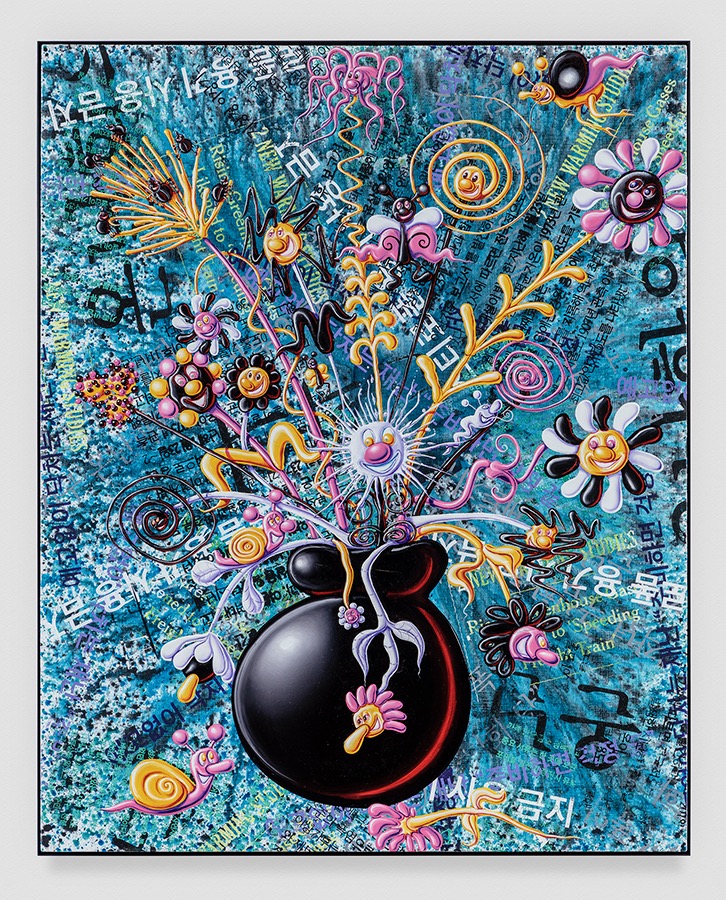 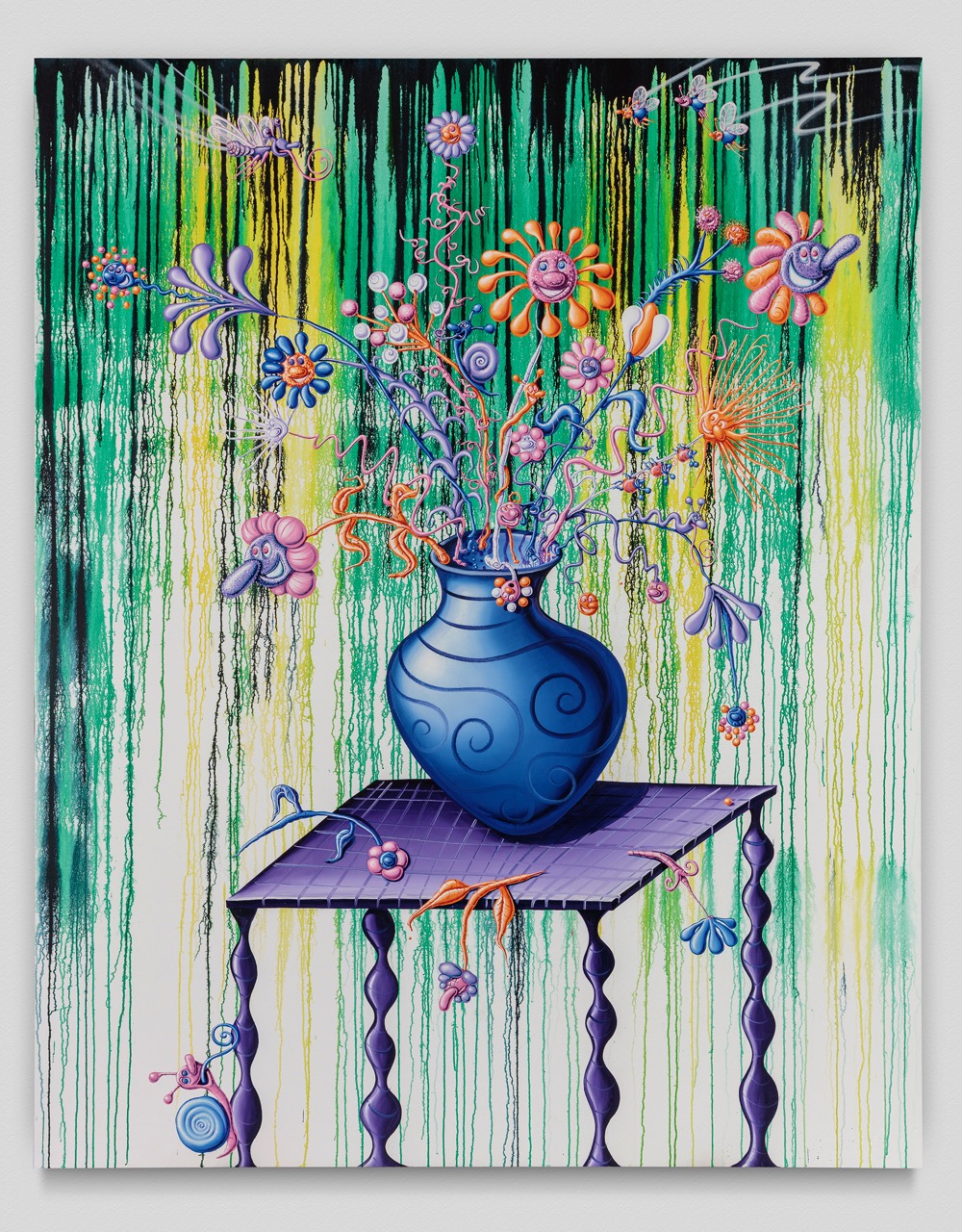 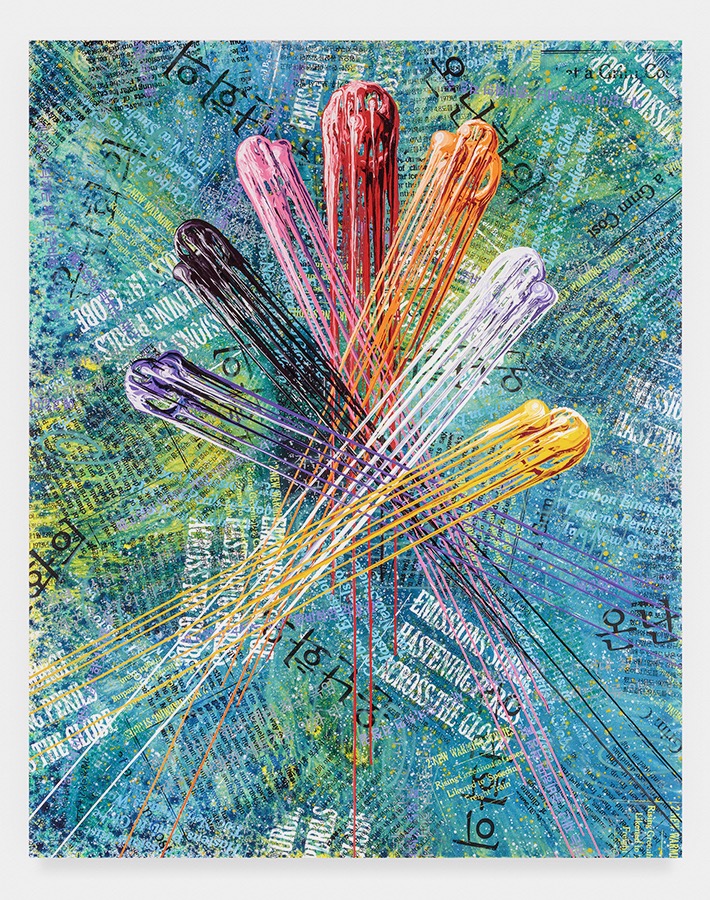 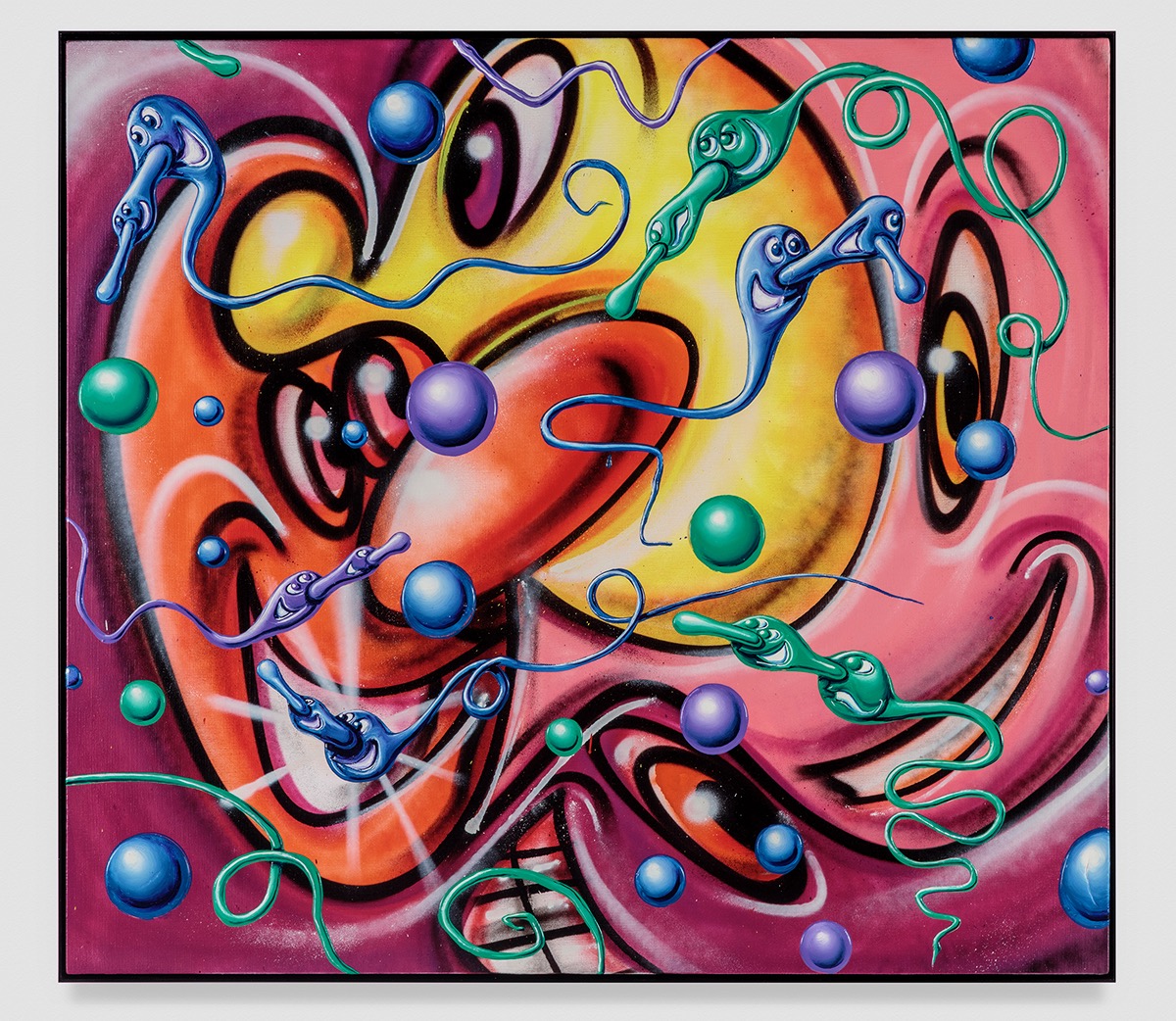 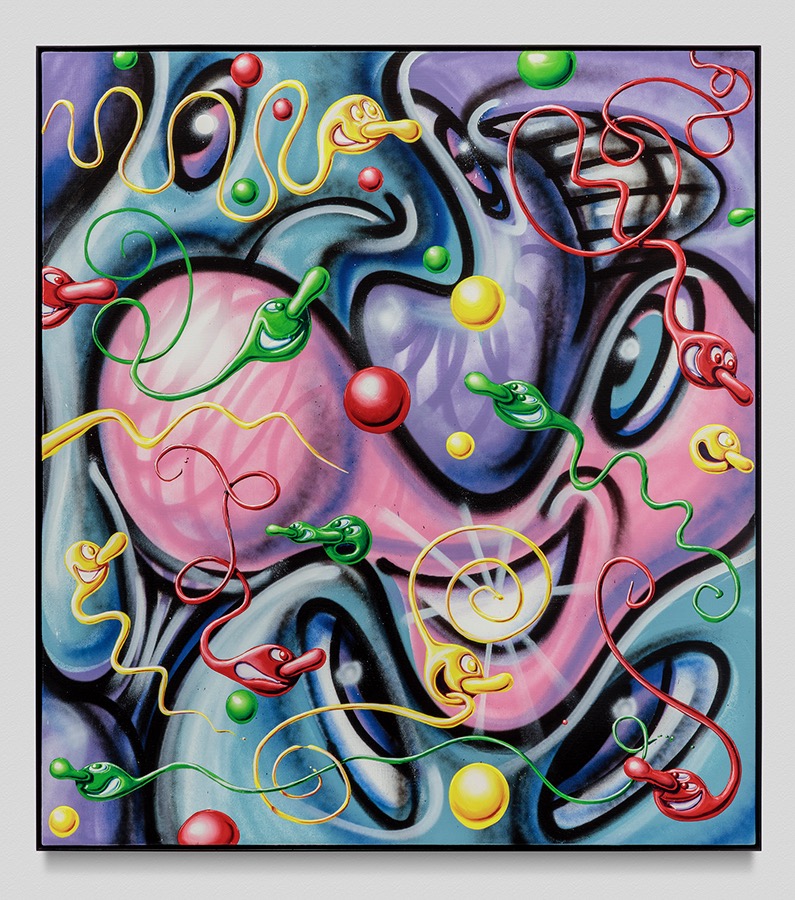 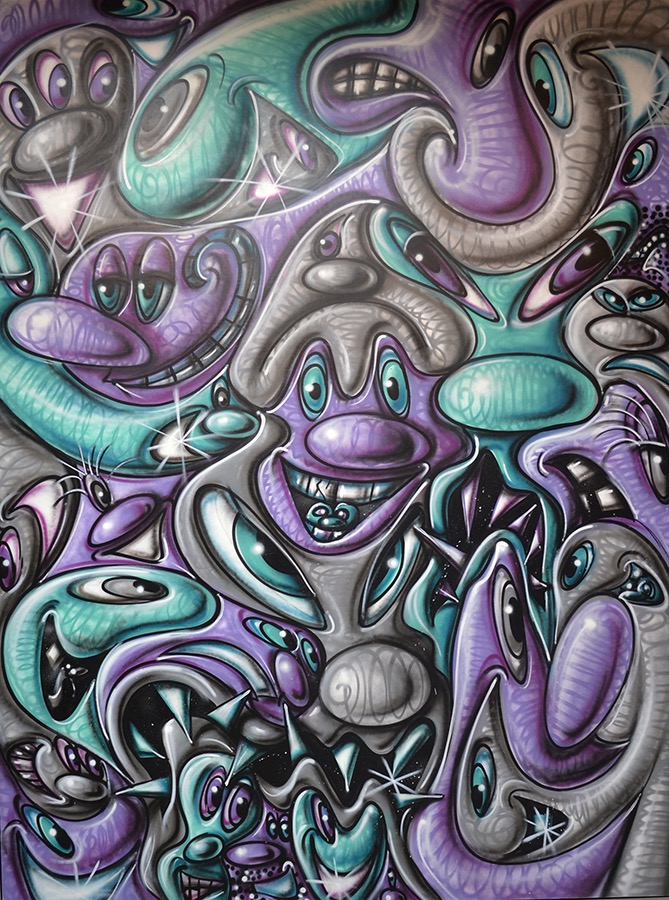