Timed perfectly with the release of Episode IX of Star Wars, French artist Invader recently revealed his first invasion of Djerba. Out of the of 58 pieces he put up on the Tunisian island, several movie-themed mosaics referenced the fact that the first film had a few scenes filmed there. Adding to the nostalgia was the fact infamous street artist was able to hunt down and get up pieces on the actual house where the Star Wars scene with the bar full of aliens was shot where Luke Skywalker first meet Han Solo and Chewbacca as well as the house of Obi-Wan Kenobi. 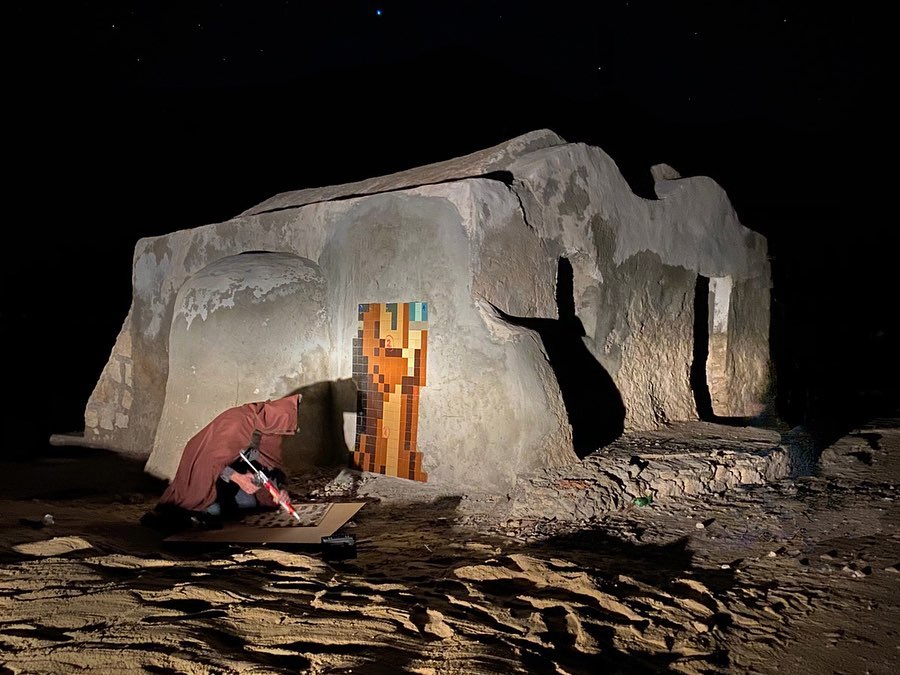 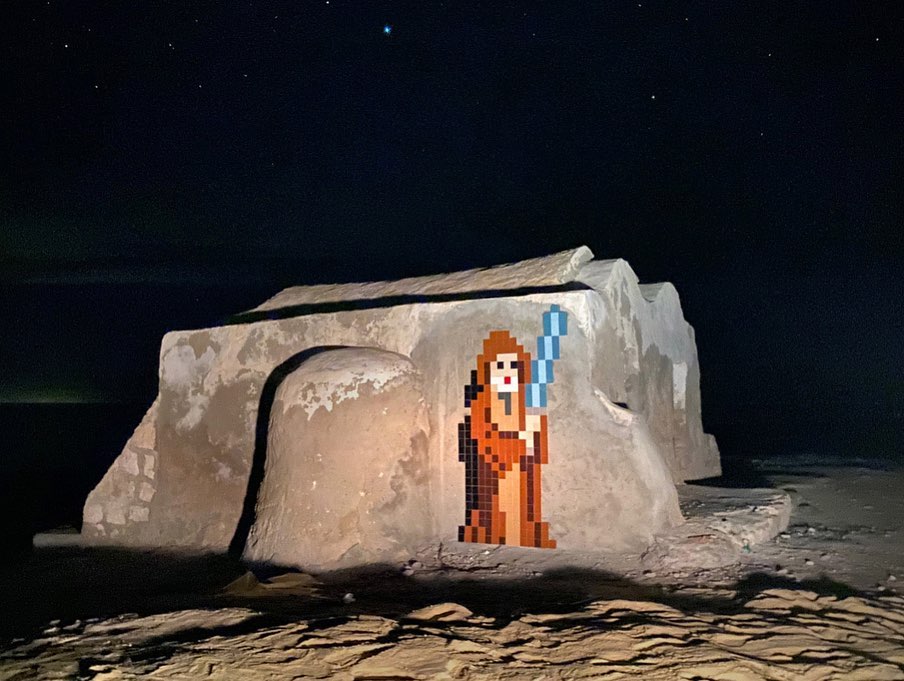 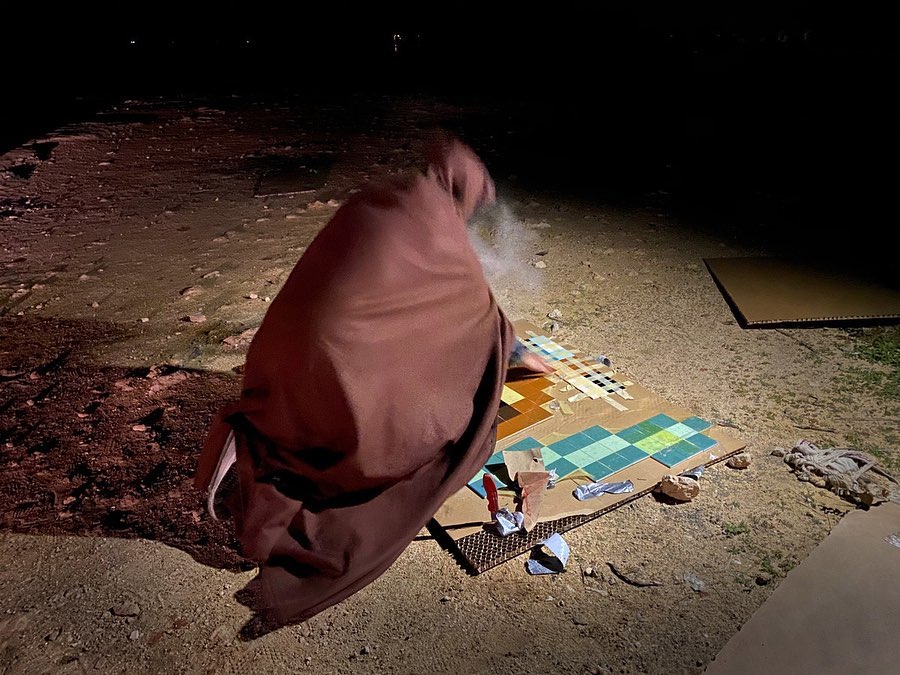 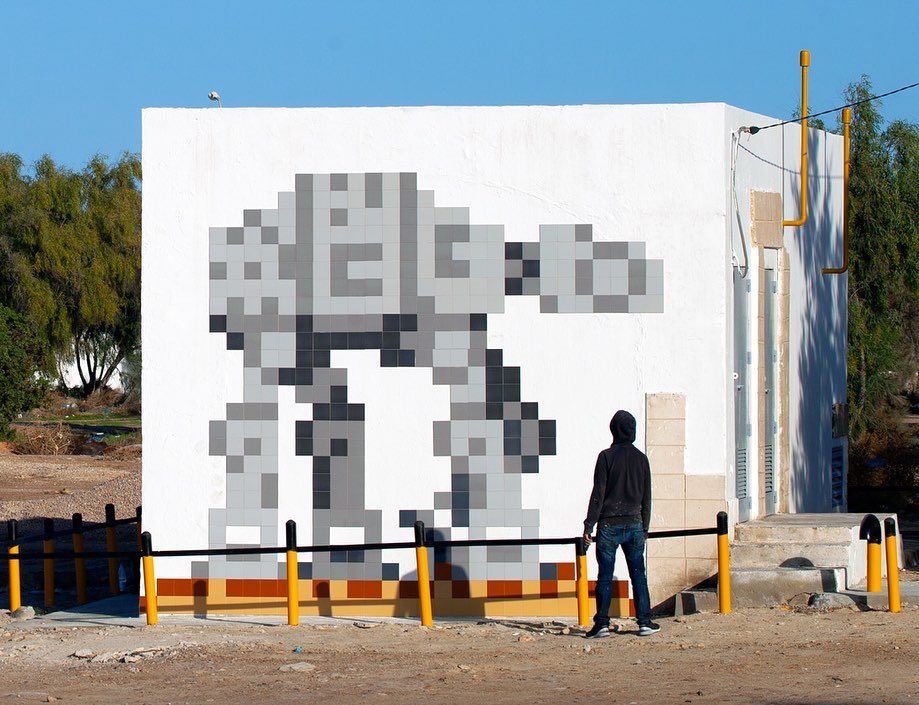 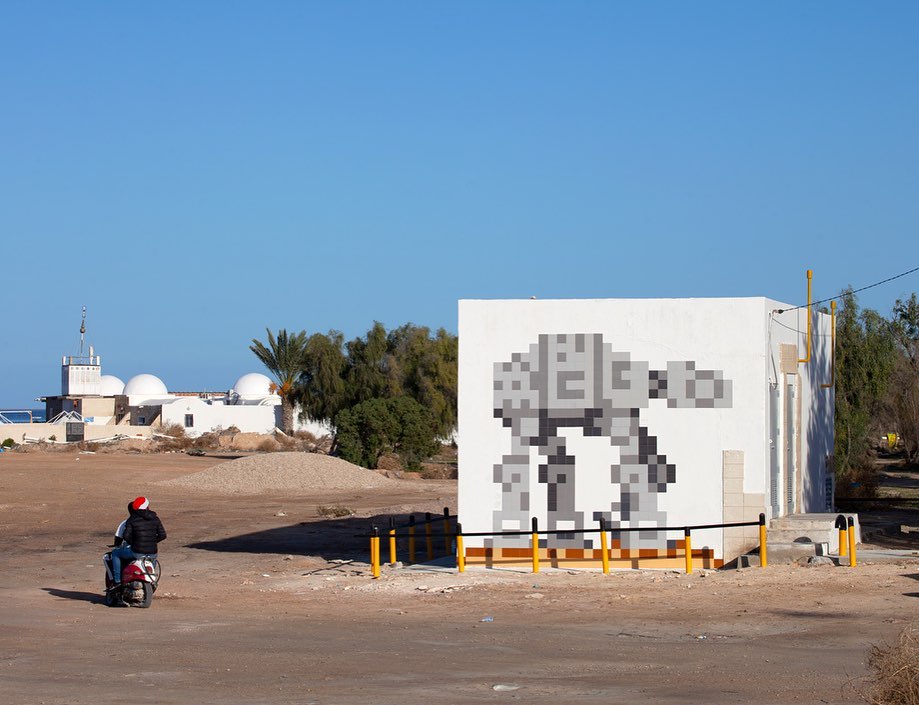 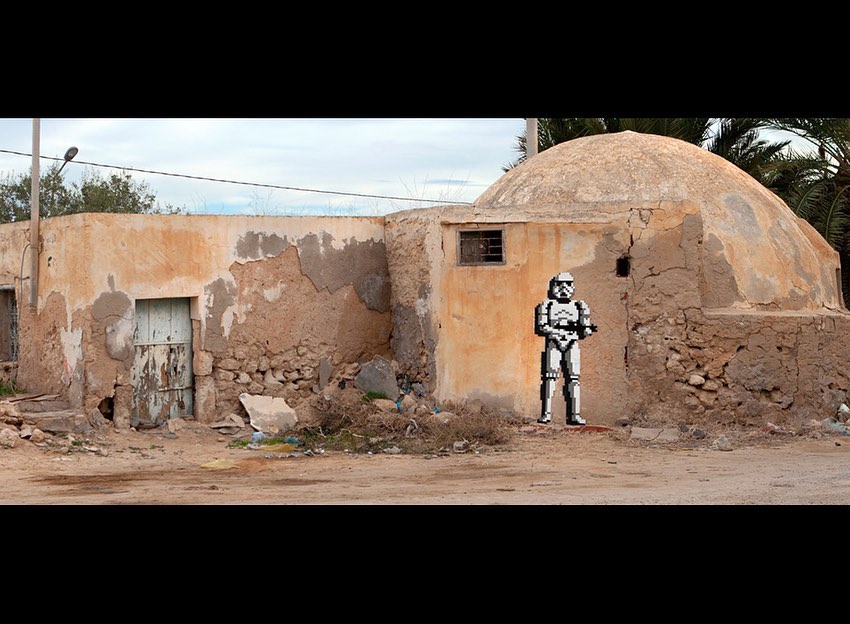