This Saturday night (March 7th) in Los Angeles, Eric Joyner (interviewed) will be unveiling his latest batch of paintings featuring his reoccurring obsession with robots and donuts while drawing from an eclectic mix of inspirations (like David Hockney – seen above). Entitled Machine Man Memories, the exhibition at Corey Helford Gallery from the San Francisco-based artist includes 18 new paintings, some of which stray from his usual motifs and includes non-robotic figures such as Frosty the Snow Man, Rudolph the Red Nosed Reindeer, The Wizard of O’s, and a dragon.

He further explains – “The first paintings were inspired by people I met, some locally and some from new friends in China. I later found inspiration in American illustrators such as N.C. Wyeth, Michael Whelan and the brothers Hildebrandt as well as fine artists Grant Wood and David Hockney. I was distracted by the 1953 movie War of the Worlds and one night I dreamt a white cat came to me and whispered in my ear to paint snowmen. As fate would have it, my friend Lou Lima brought me some snowmen figures to paint. The rest, as they say, is history.” 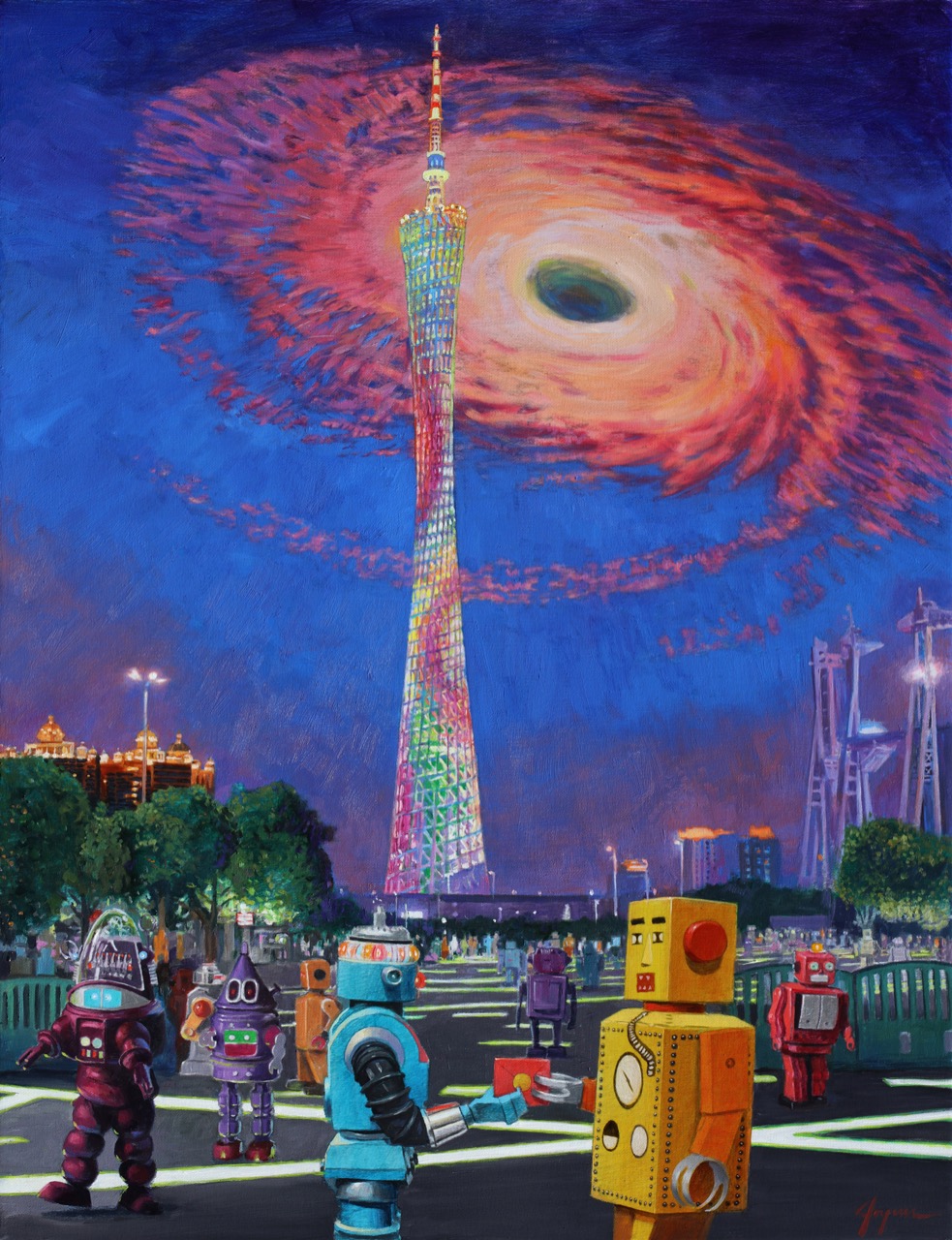 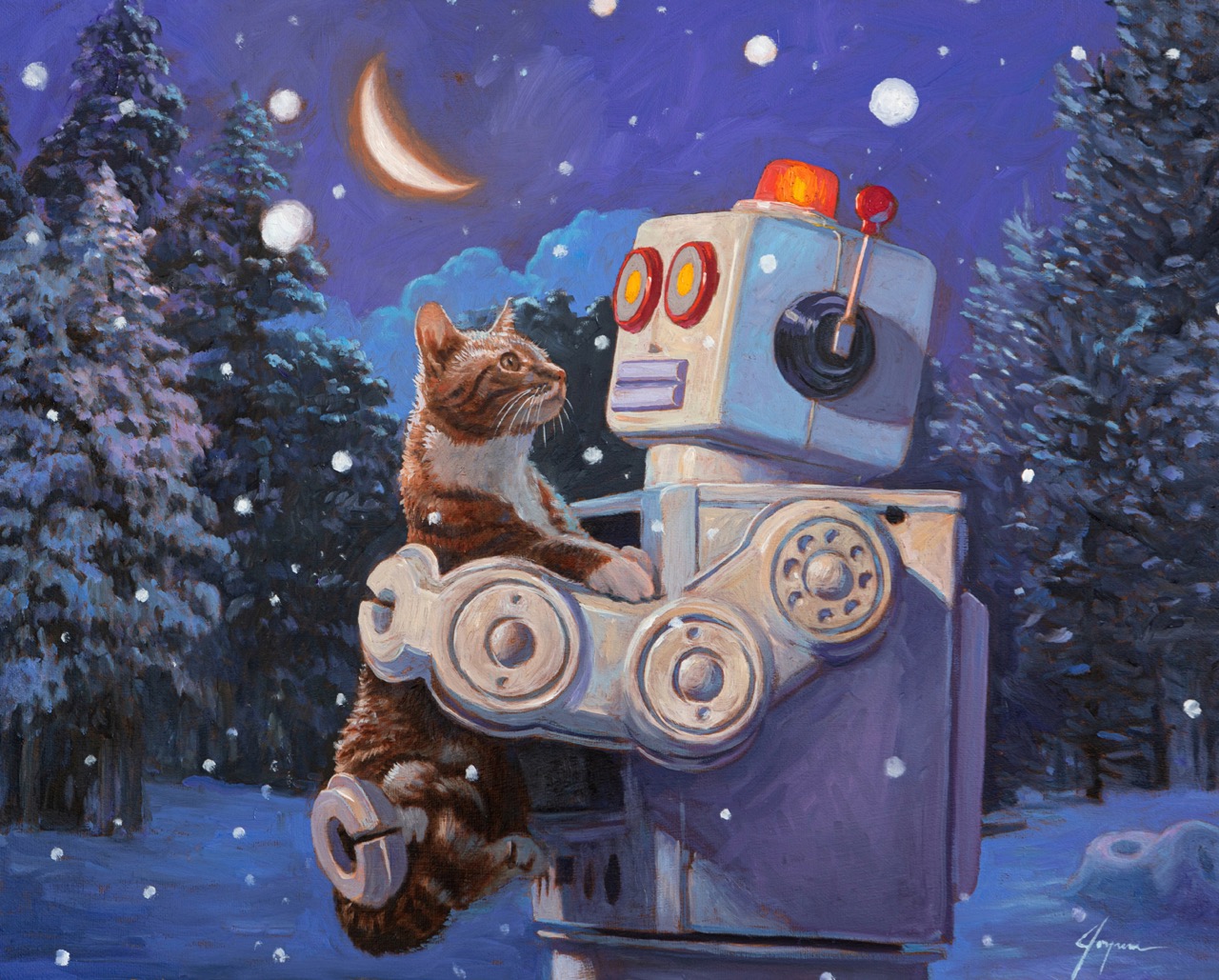 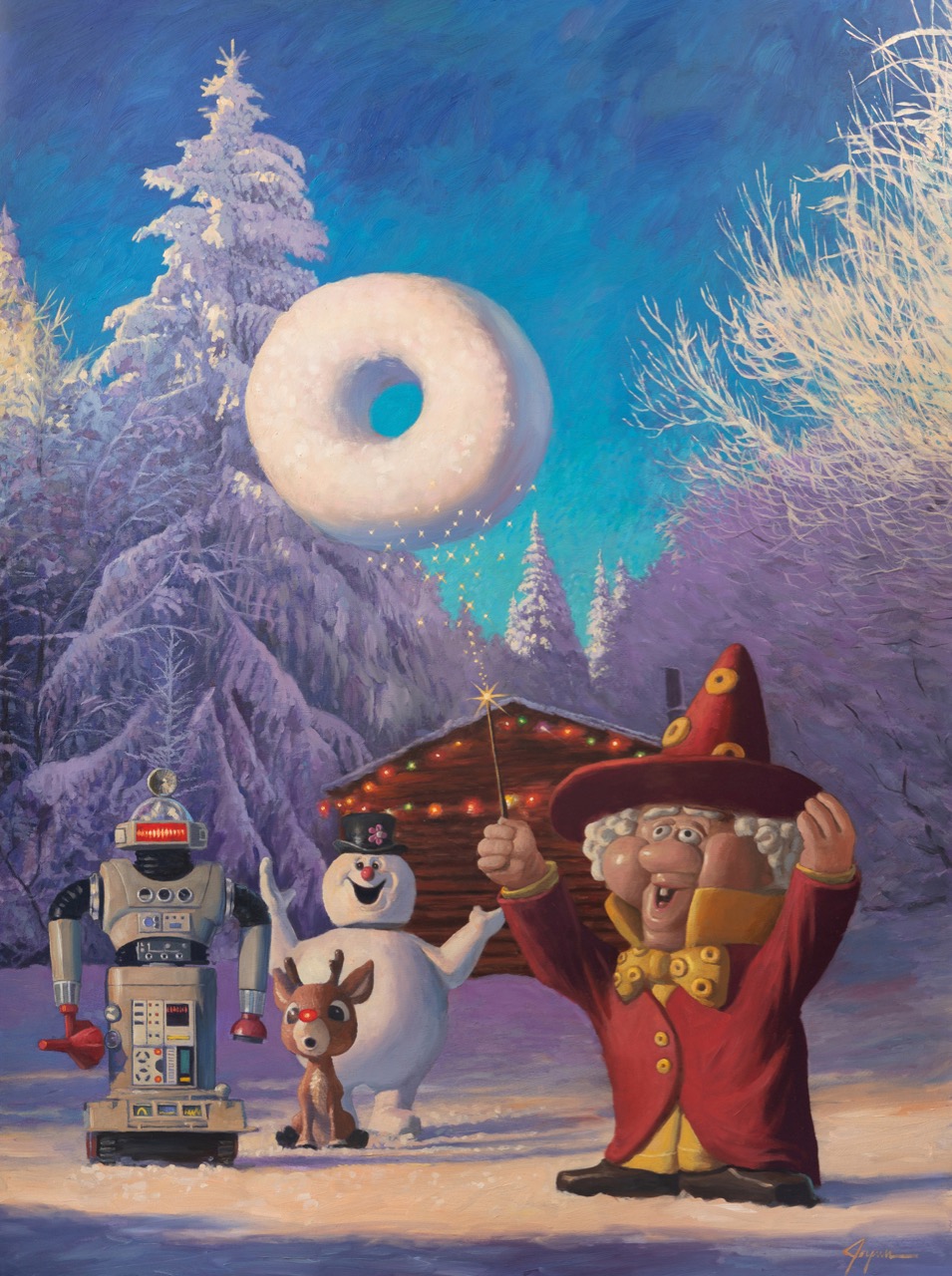 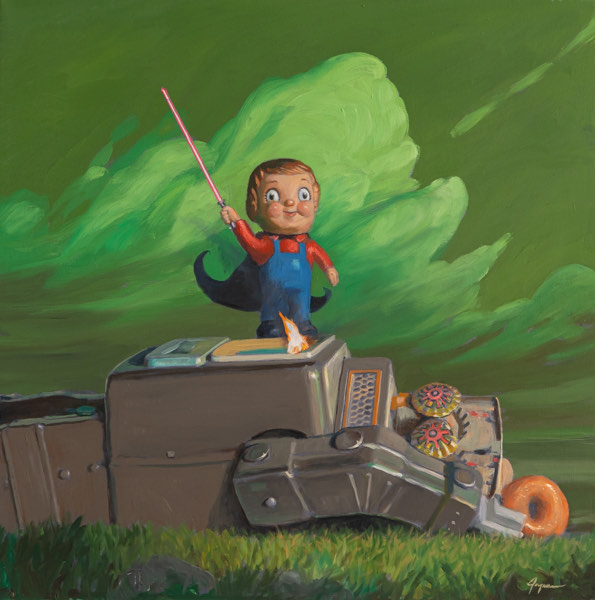 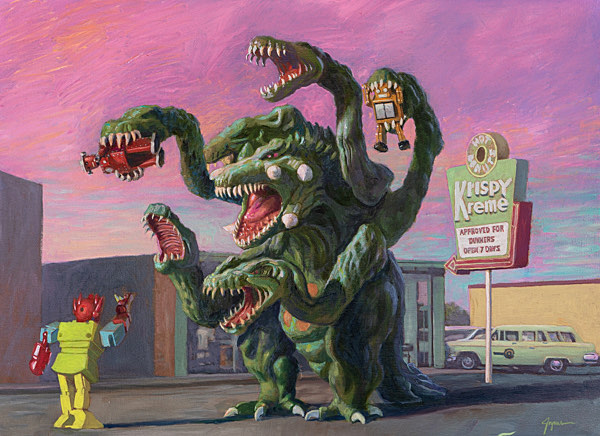 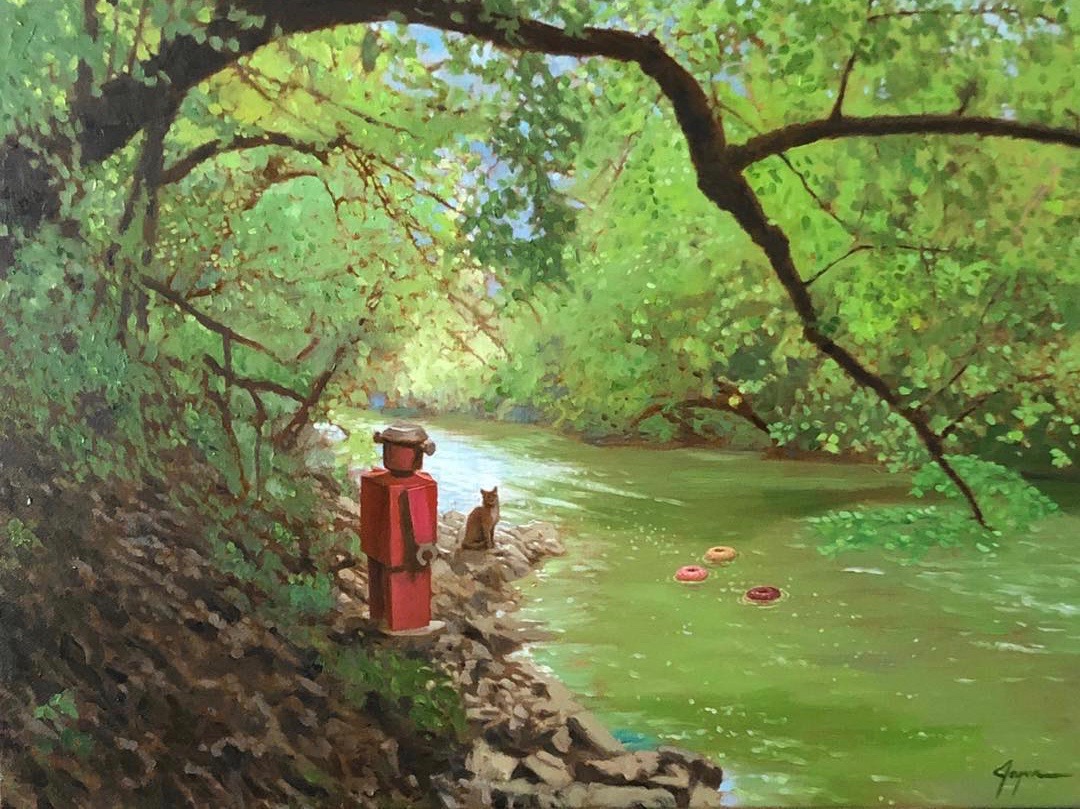