Barred from their designated playground, the public space, our friends from Nuart festival recently revealed the “lockdown” edition of their efforts with an online launching of the newest issue of Nuart Journal. Originally set to be released during Nuart Aberdeen 2020, in the year that marks the 20th anniversary of the festival, the theme of this year’s event as well as publication, was “Freedom”.  As the writers, artists, critics, academics, and collaborators worked on the issue, the world was entering into a shelter at home phase caused by the COVID-19 pandemic – the theme of the issue turned out to be never more relevant.

The new issue features a collection of academic articles, visual essays, interviews, and reviews that critically address ideas related to freedom, democracy, and our right to public space, a selection of ongoing subjects of the critically renowned annual symposium. In addition to that, the online release includes a  series of short video messages sent in by the authors and artists who have contributed to this issue and members of Nuart Journal’s International Editorial Advisory Board, making this new issue an impromptu and authentic Nuart response to the current state of the world.

“The work included in this volume responds to the theme of Freedom in ways that emphasize the fundamental role this occupies in the principles, politics, and practices of our culture(s). Our authors and artists reflect on the power of, and limits set, on freedom of artistic expression in public space; the role of street art as a vehicle for free speech and protest in the recent civil uprisings in Beirut and Hong Kong; and on the consequences of the radical deprivation of freedom experienced by artists and writers who are arrested, charged, and imprisoned for making work on city streets.” – Nuart Journal Editoral: Martyn Reed, Editor-In-Chief Nuart Journal & Susan Hansen, Editor Nuart Journal

You can download the complete 142 page publication as well as individual articles via NuartJournal.com 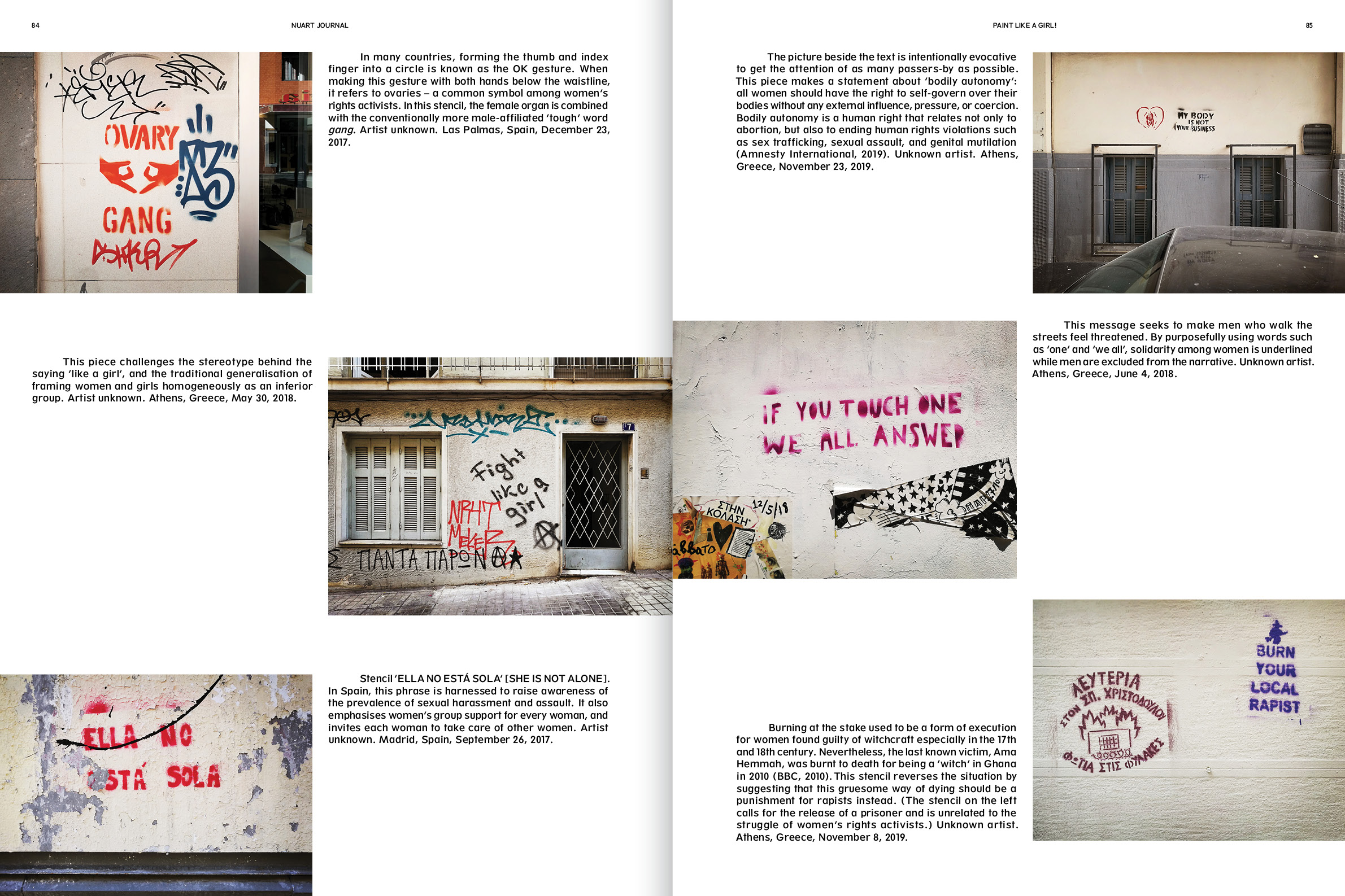 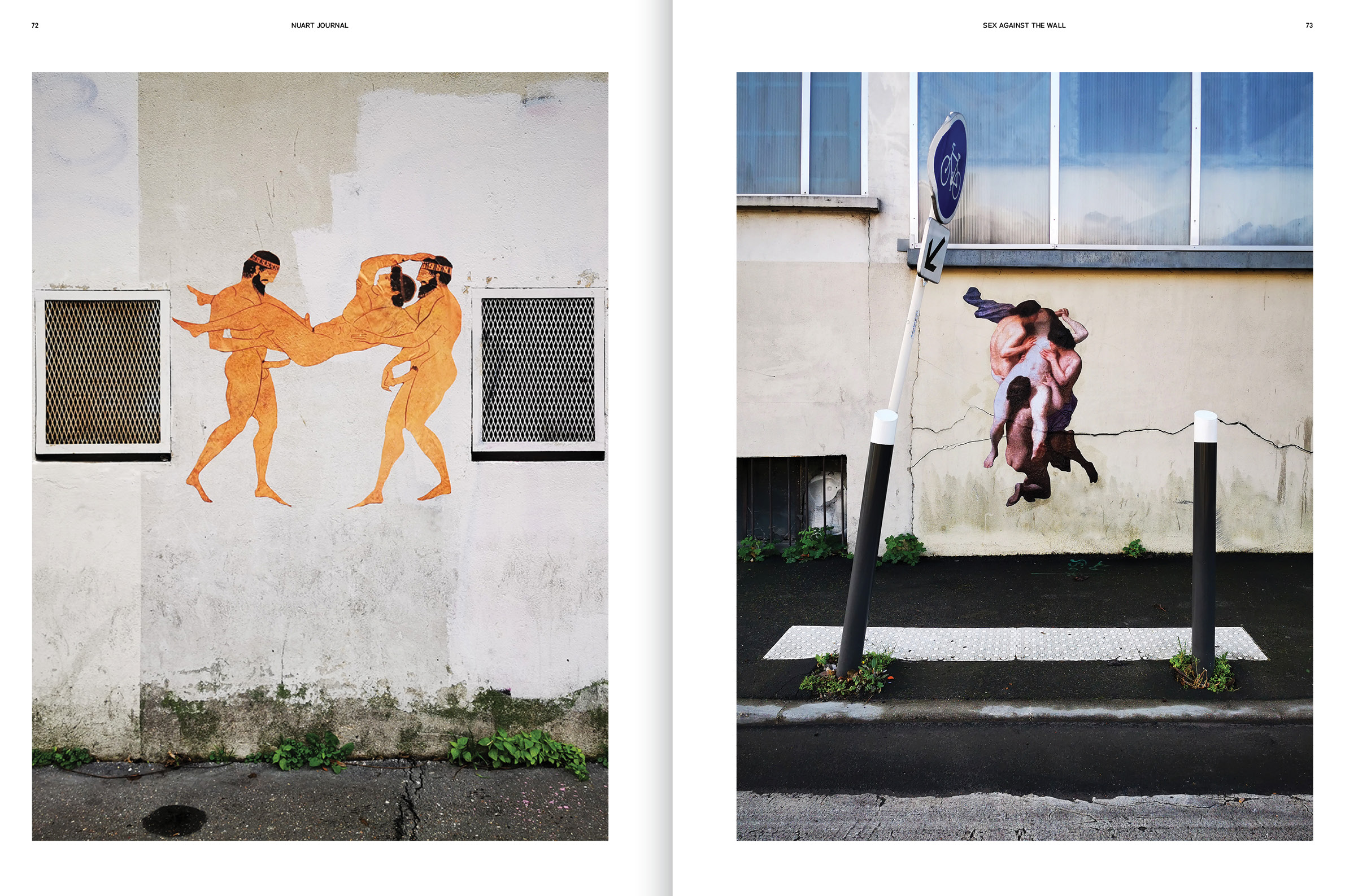 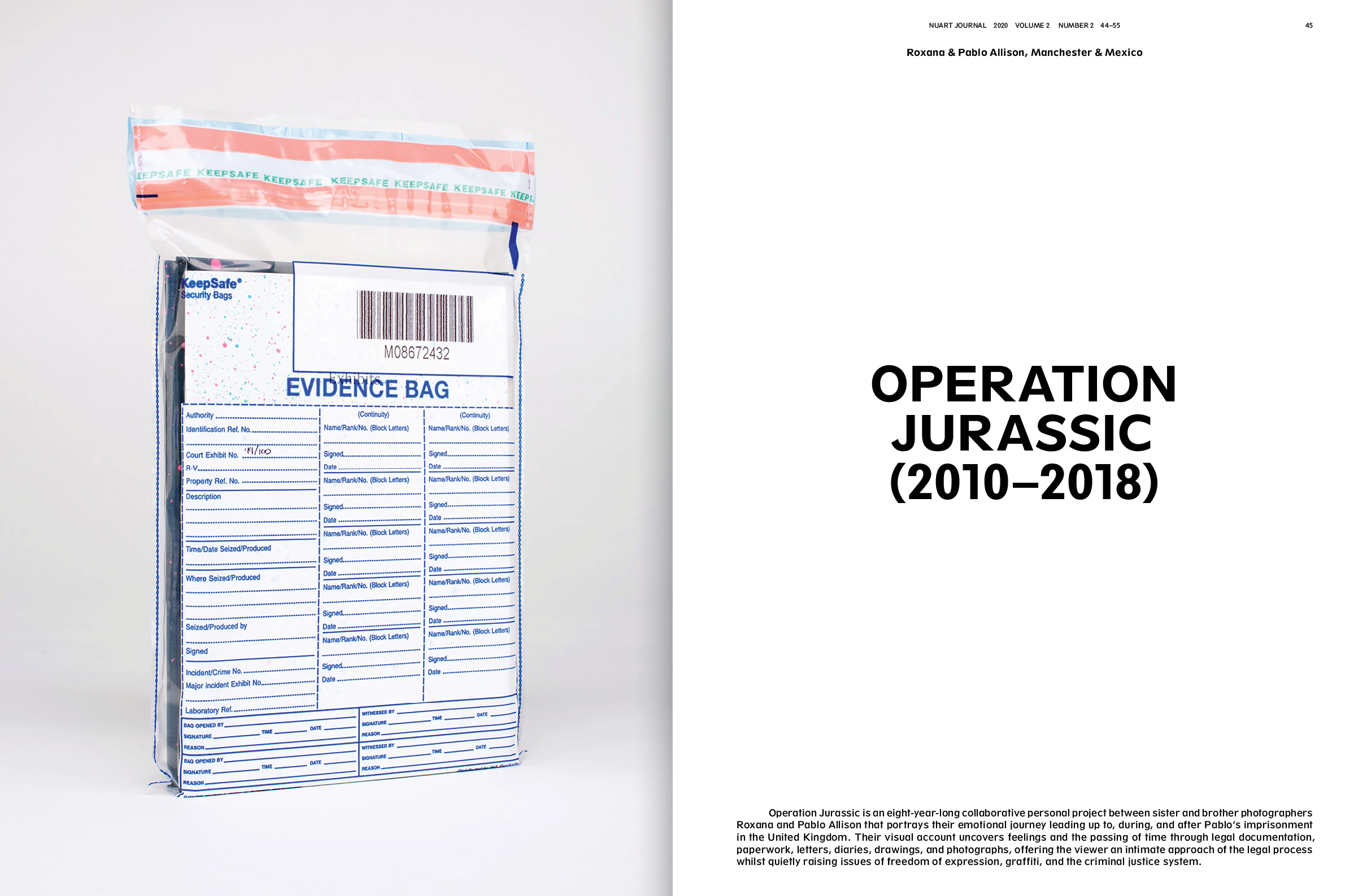 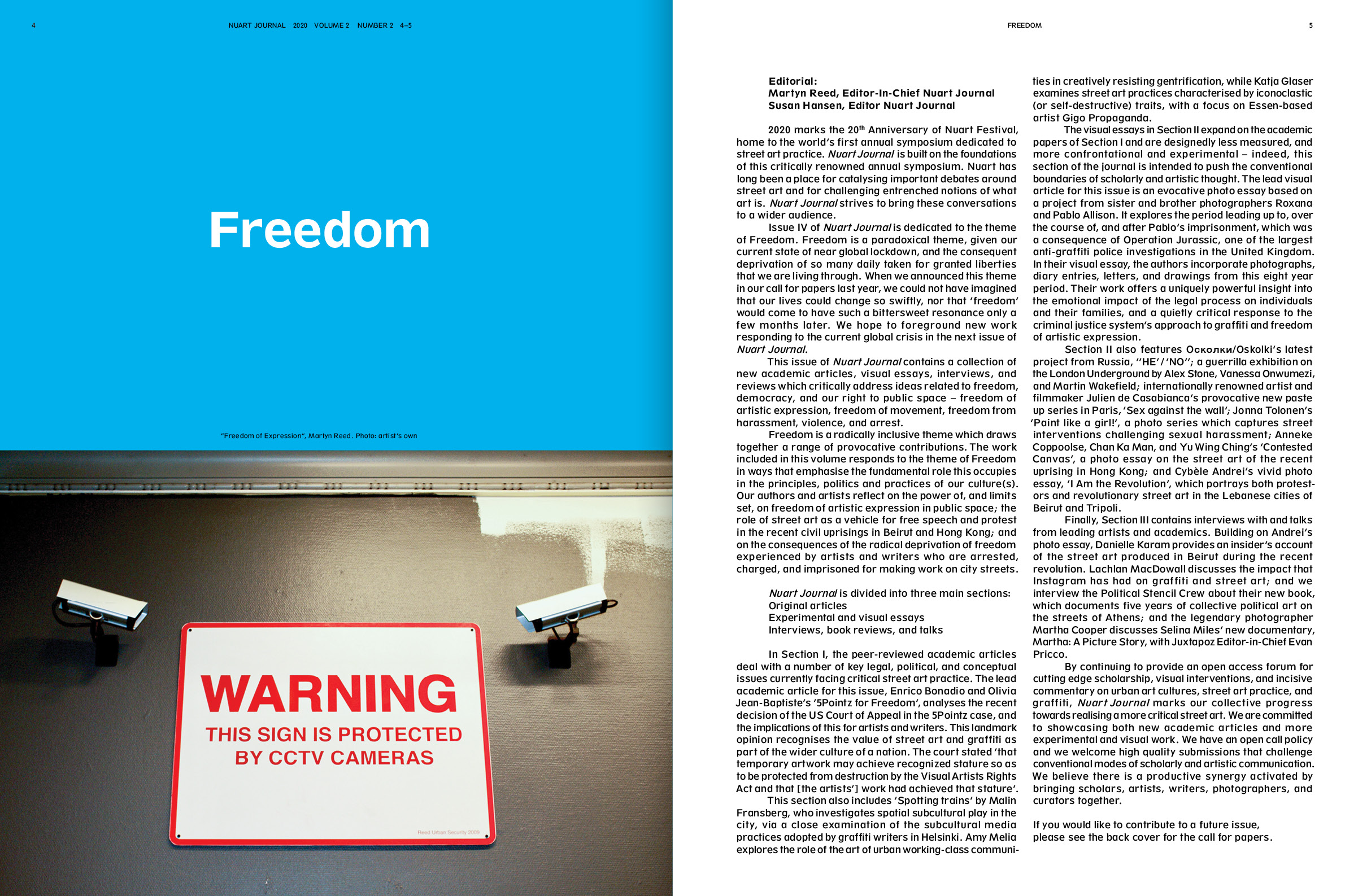