In collaboration with Fluorescent Smogg, Taku Obata will shortly be releasing a new oversized edition entitled Chikyū (Earth). While the Tokorozawa-based artist is perhaps best known for his sculptural work created using traditional Japanese woodworking techniques, he is also a multidisciplinary artist whose practice includes painting, illustrated videos and, as with this latest release, screen printing. Dance, and specifically breaking, is the foundation of all his work in these varied mediums and a consideration for balance, body shape and posture remain common themes throughout.

The Geidai-graduate has long sought to obscure his dancers’ eyes with elongated and hyper-aggrandized eyewear. This is most obvious on the far left of the new print, with the intention being to deliberately remove the emotion from the figure. But while we can’t see their eyes, the arresting physicality of the protagonists nevertheless shouts (to quote the opening line of The Jimmy Castor Bunch’s seminal and much sampled record) ‘watch me now’. Obata’s work is imbued with a sense of movement, space and gravity. The figures are caught in a moment in time but there’s still a sense that they’re on the run to the next B-Girl 6-step or B-Boy power move. This tension within the work is heightened by the exaggerated forms which emphasize the dancers’ style and form.

Stylistically, the print avoids the black or white simplicity of either pure abstraction or pure figuration and instead turtle-walks the line between the two. Favourite elements of a dance have been extracted to allow them to grow and evolve on the paper; toprocking movements are represented through gestural flicks of the brush, while the lower portion of the print is dominated by freezes rendered in a deep Prussian blue. The repetition and continuity which is present in the image conveys a sense of togetherness which is central to the B-Boy and B-Girl community; whether it is the legendary Rock Steady Crew or Obata’s own Unityselections crew, breaking is something that’s always been done with comrades standing squarely alongside. The artist started creating B-Boy-inspired sculptures and drawings 20 years ago but both the stylistic progression and the ambition of the new edition’s size suggests that, for Obata, it’s [only] just begun.

The 21 color screenprint measures 170cm x 90cm and has been produced on Somerset Satin 600gsm paper with torn edges in an edition of 30, with a further 10 hand finished examples. The edition will be released by Fluorescent Smogg at 9am GMT on 14 October 2021. 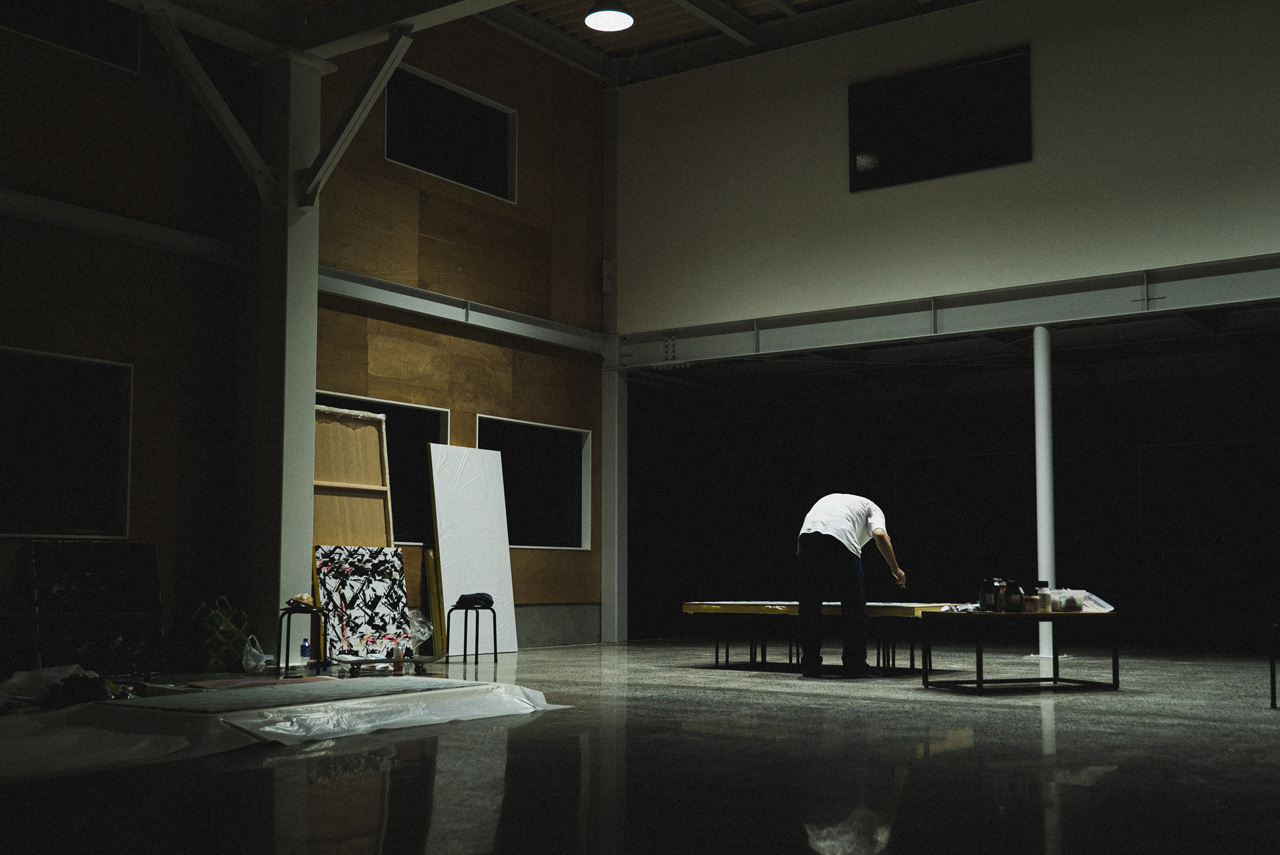 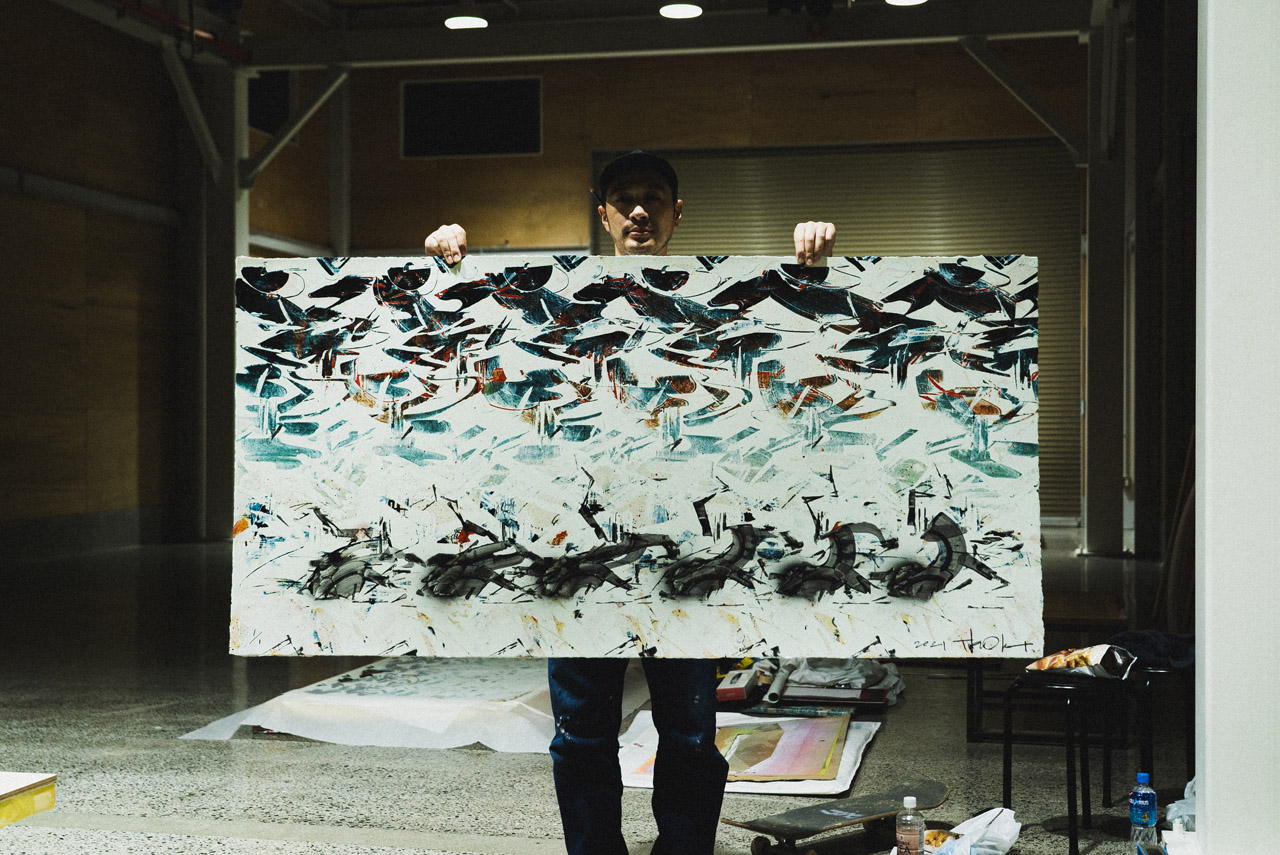 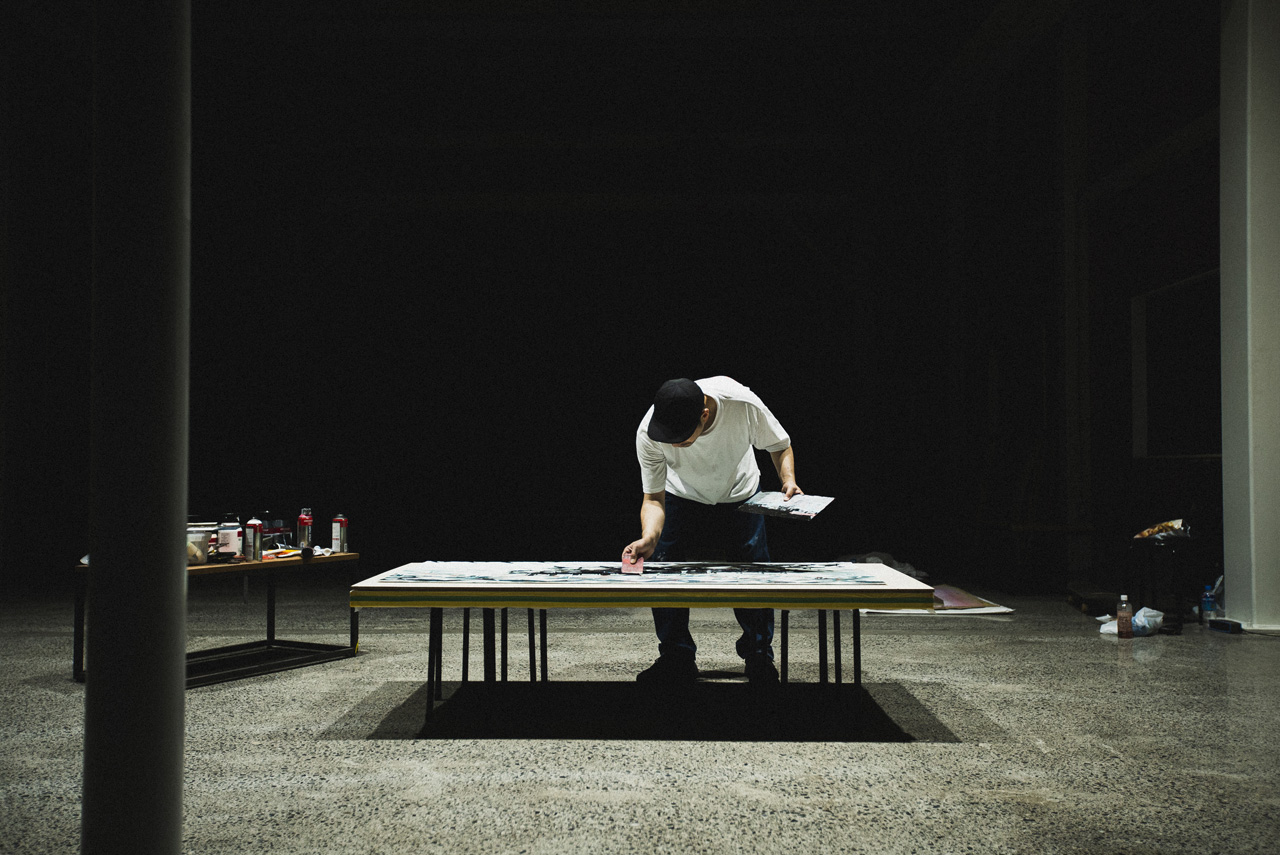 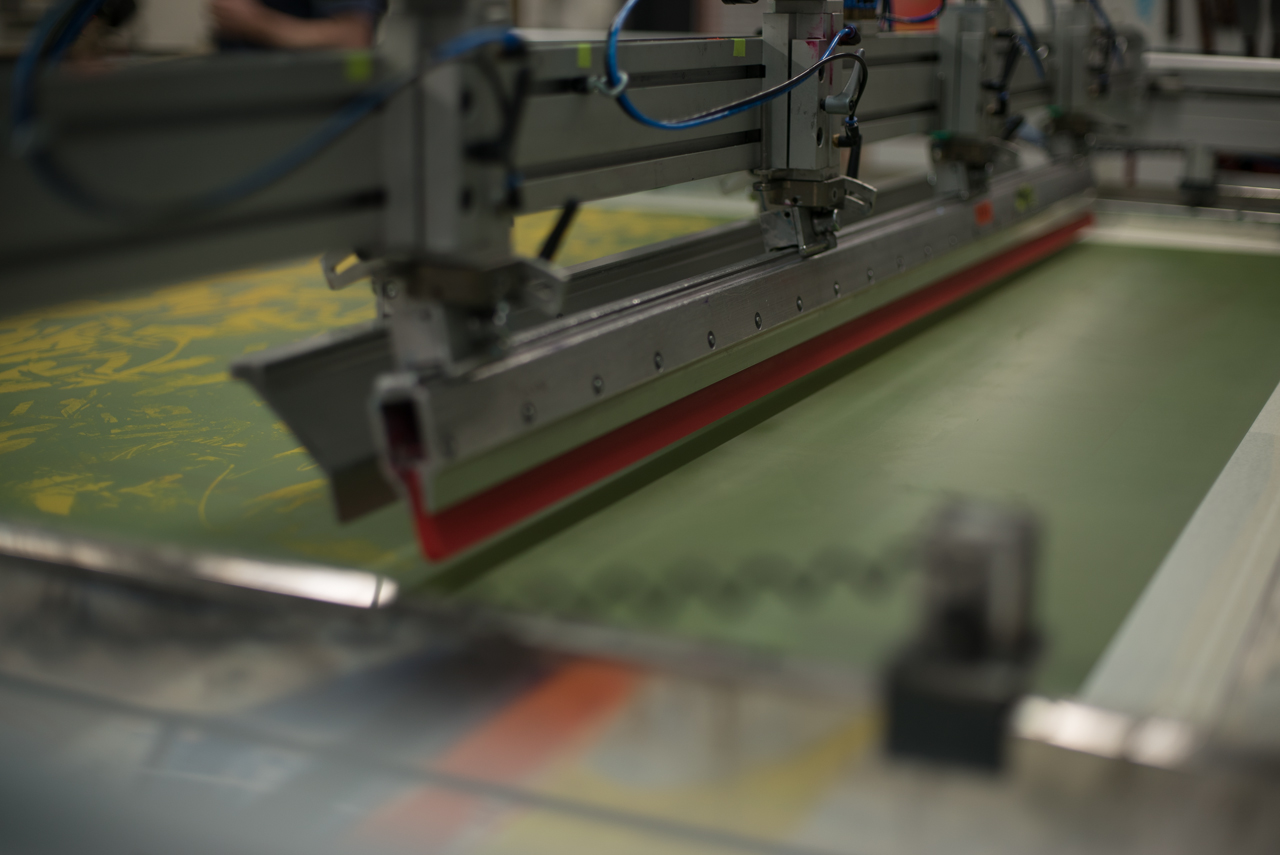 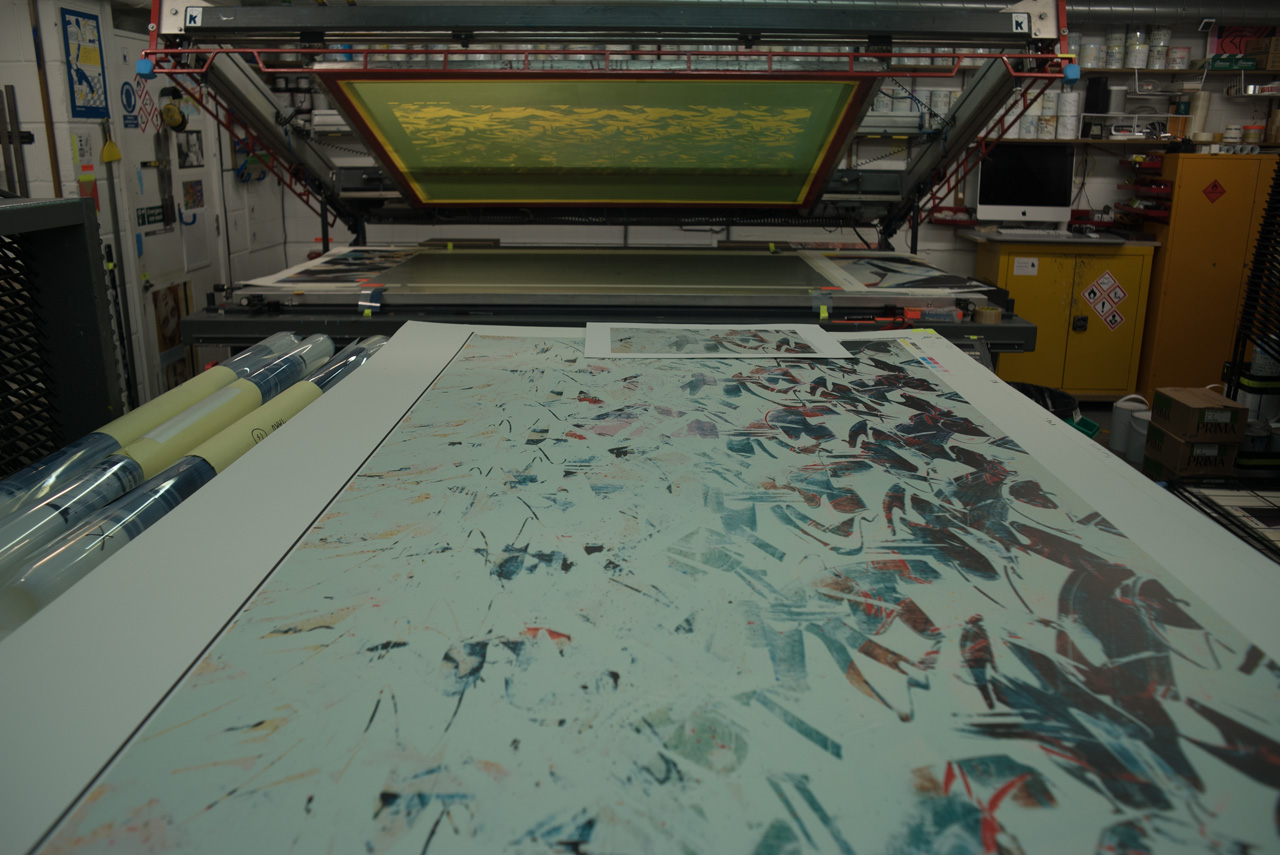 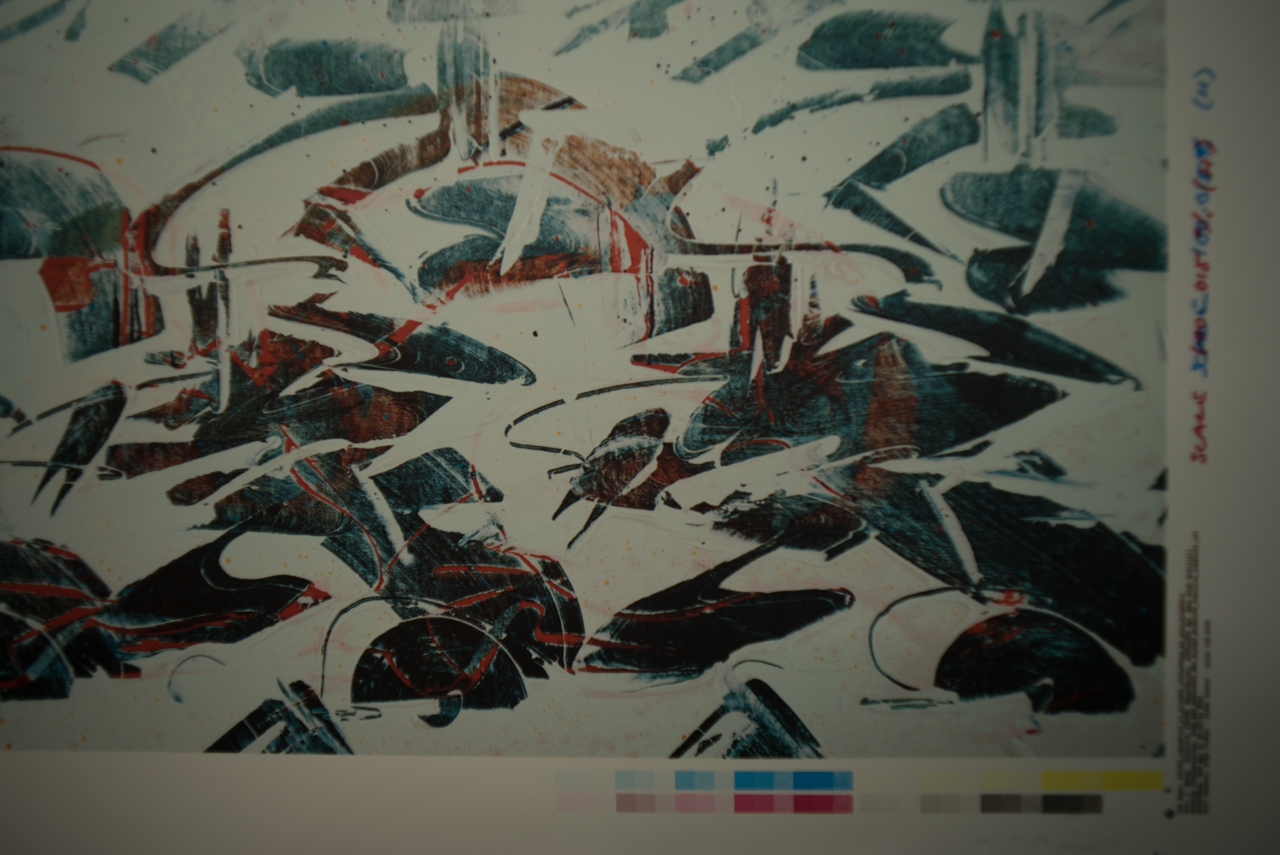 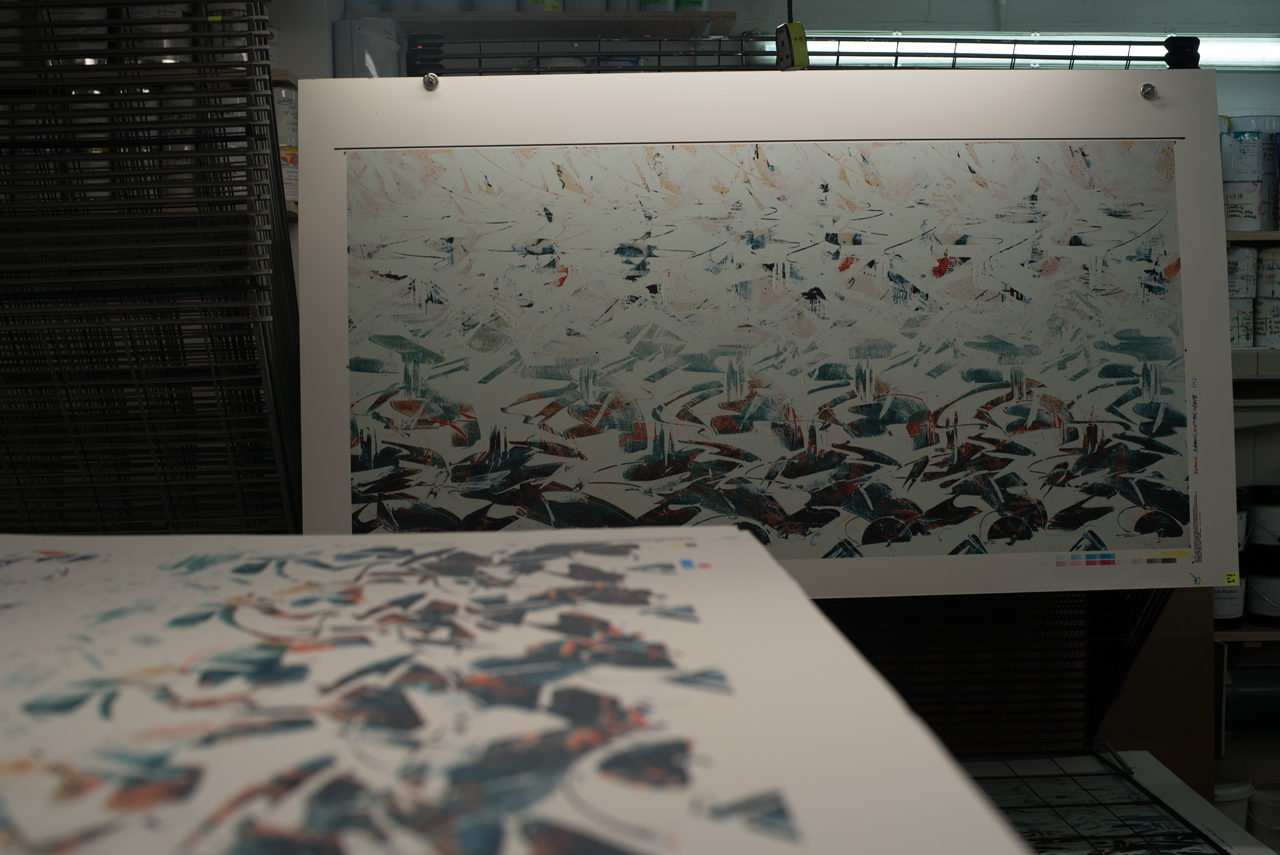 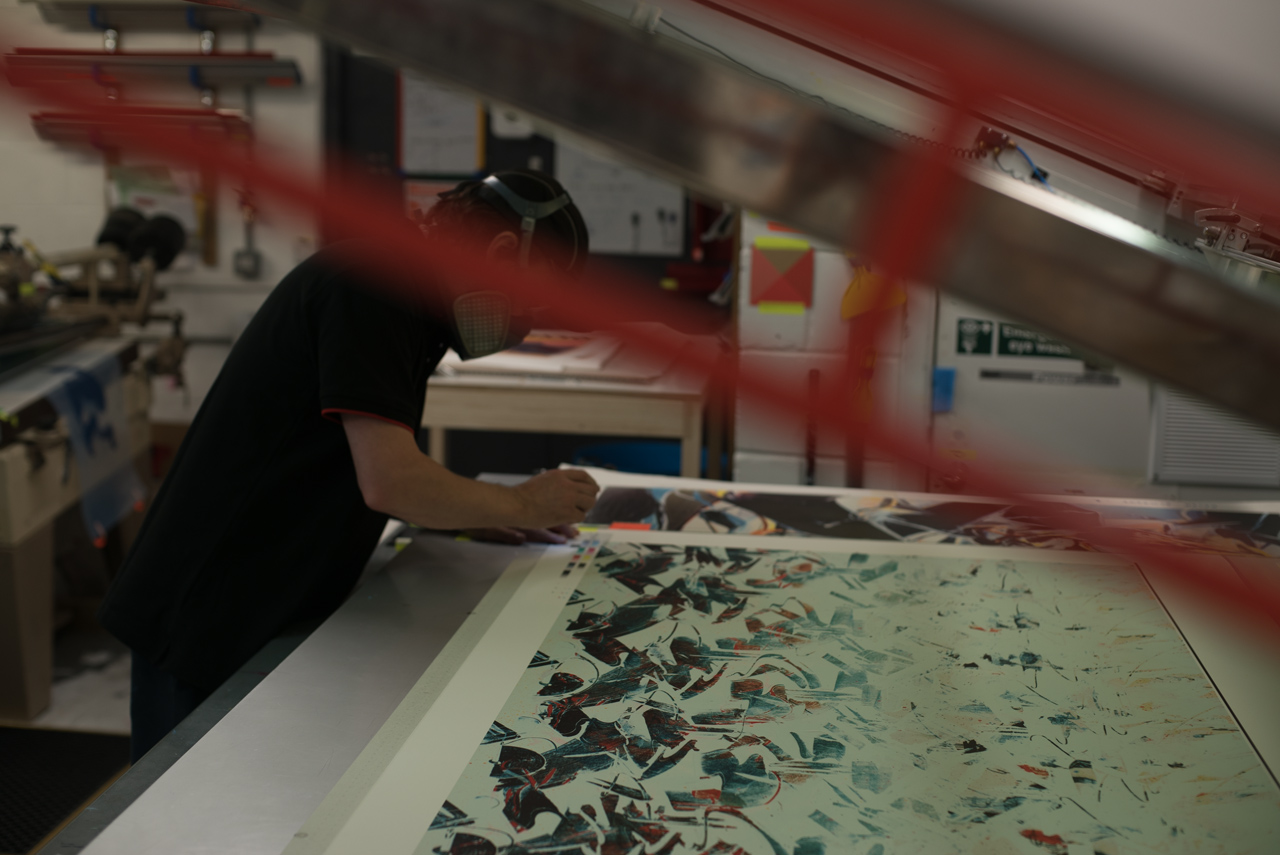