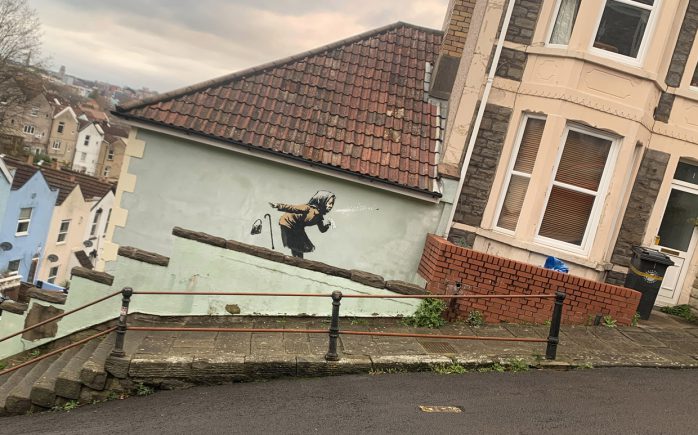 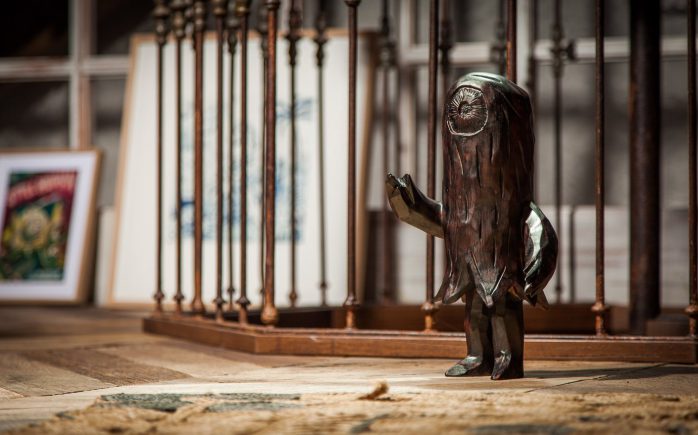 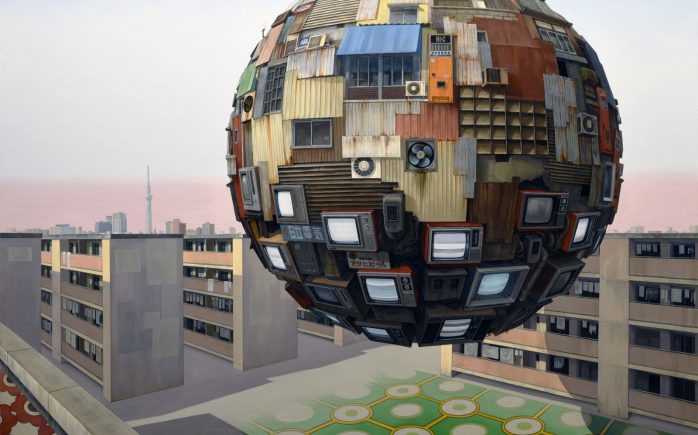 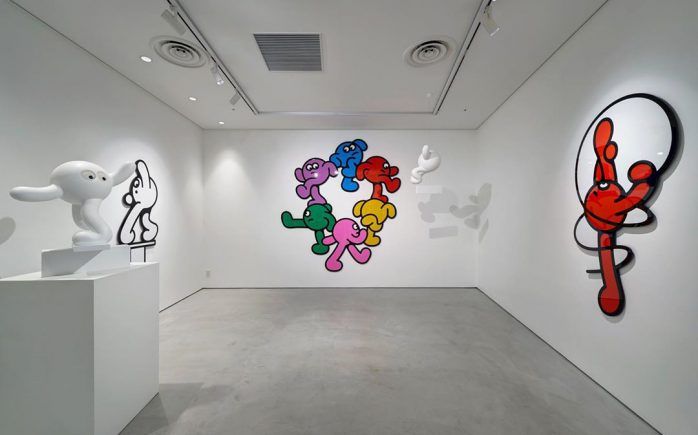 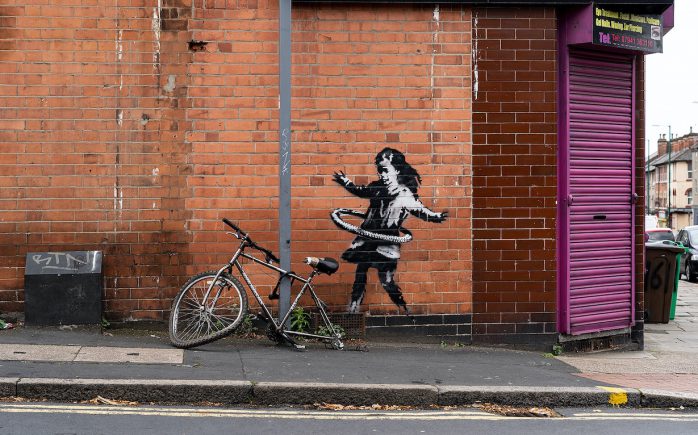 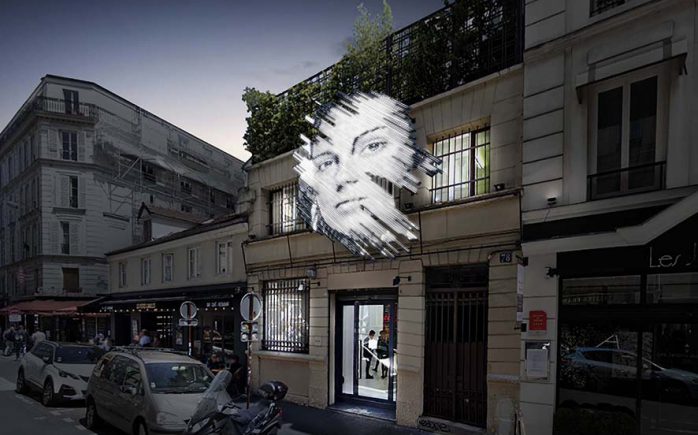 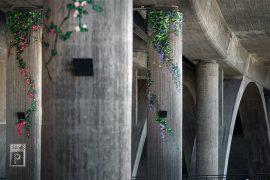 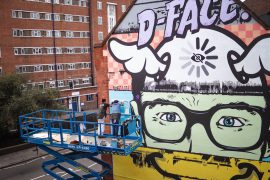 Starting tomorrow, Ernest Zacharevic will be releasing one of his most iconic images as a timed edition print. Rage Against The Machine was an installation created on the streets of Kuala Lumpur back in 2015 and features many of the elements from the Lithuanian-born artist that we enjoy – the loss of innocence seen when children are placed in unexpected situations, the dimensional aspects of his installations, and the way he uses his art to highlight issues important to him. Available for 48 hours only from October 2nd from 12pm […]
Continue reading...
Tweet

Last month, another POW! WOW! wrapped up in Rotterdam, their first event in Europe. POW! WOW! Rotterdam featured live music and a special exhibition in the HAKA building, but of course our focus is on the street art that was created at Keilewerf 1 and 2, an area that used to be an industrial part of the city. Along with artists from the Netherlands like Super A (seen above) and Telmo Miel (seen below), the international roster did their best to brighten up the grim concrete walls. […]
Continue reading...
Tweet

On November 3rd, Brian Viveros (featured) will be opening a solo show at Spoke Art’s New York location. Entitled The Good, The Bad & The DIRTY, the new body of work continues the Southern California-based artist’s rendering of his signature warrior women. Featuring cosplay influenced by Lucha Libre, Dia de los Muertos, and rife with boxing and military references, the new work is Viveros’ most meaningful and personal to date. Viveros furthers explains – “It’s been some time since I’ve had a show in New York, but I’m very excited […]
Continue reading...
Tweet

Following up on his previous collaboration (covered) with Uniqlo x Sesame Street, KAWS will be releasing a more extensive collection featuring the iconic cast of characters from the popular children’s show on November 19th. This time around not only will there be t-shirts – sweatshirts, hoodies, and a selection of plushes join the release. Head over here for more information. Photo credit: KAWS & Uniqlo. Discuss KAWS here.
Continue reading...
Tweet

More stories below from this week (click on bolded words for more information): Warhol’s newly restored 102-canvas work Shadows goes on show in New York. The artists turning famous photographs into elaborate dioramas. Artist Mickalene Thomas on how photography became the center of her practice. Alex Katz takes art lovers on a stroll through art history with his new book. Ben Eine elevates typography artworks for his London exhibition at StolenSpace. Picasso and the muse that was his modern day Mona Lisa. Mr. Brainwash is […]
Continue reading...
Tweet

Last weekend in Los Angeles, Corey Helford Gallery opened their third showing with Martin Wittfooth (interviewed) entitled Domestic Katabasis. Featuring 19 oil paintings on canvas, linen, and wood panels, some of his largest to date, the new exhibition from the New York-based artist posits that perhaps the relentless progress of the human race is actually a decline or deterioration when viewed from a different prospective. Wittfooth further explains – “Katabasis is an ancient Greek term that refers to a descent of some type in mythology, usually into the underworld, out of which […]
Continue reading...
Tweet

After working over the course of five months, JR (interviewed) has finally revealed to the world his latest pojrect –  a new TIME cover. Dealing with the complex and often controversial issue of Guns In America, the French artist photographed 245 people from three cities – St. Louis, Washington, D.C., and Dallas – to construct a mural for the weekly news magazine. Choosing people from all sides of the polarizing debate (veterans, teachers, hunters, doctors, people afraid that guns may kill their children and people afraid they won’t have […]
Continue reading...
Tweet

Coming up soon, Sonos will be releasing a collaboration with Barry McGee on one of their Play:5 Speakers that celebrates the release of a new memoir from the Beastie Boys. The limited run design features the Bay Area graffiti artist’s familiar pattern spelling out the name of the legendary American hip hop group on the front. McGee further explains – “The speaker has a pretty contemporary and clean design, so I used a pattern that disrupts the front of the speaker, but still complements it.” Proceeds will help support […]
Continue reading...
Tweet

Following up their showcase with Barry Mcgee (covered), Eighteen Gallery in Copenhagen has another great exhibition planned for this weekend. Opening on October 26th, Coming Back Is Half The Trip is a solo show from Geoff McFetridge featuring eight new canvases and a delightful series of sculptural animal forms in powder coated steel. This time around, quite a few new pieces from the Los Angeles-based illustrator, designer and artist seem to be based on a circular theme, as evidenced by the title of the show, and will […]
Continue reading...
Tweet