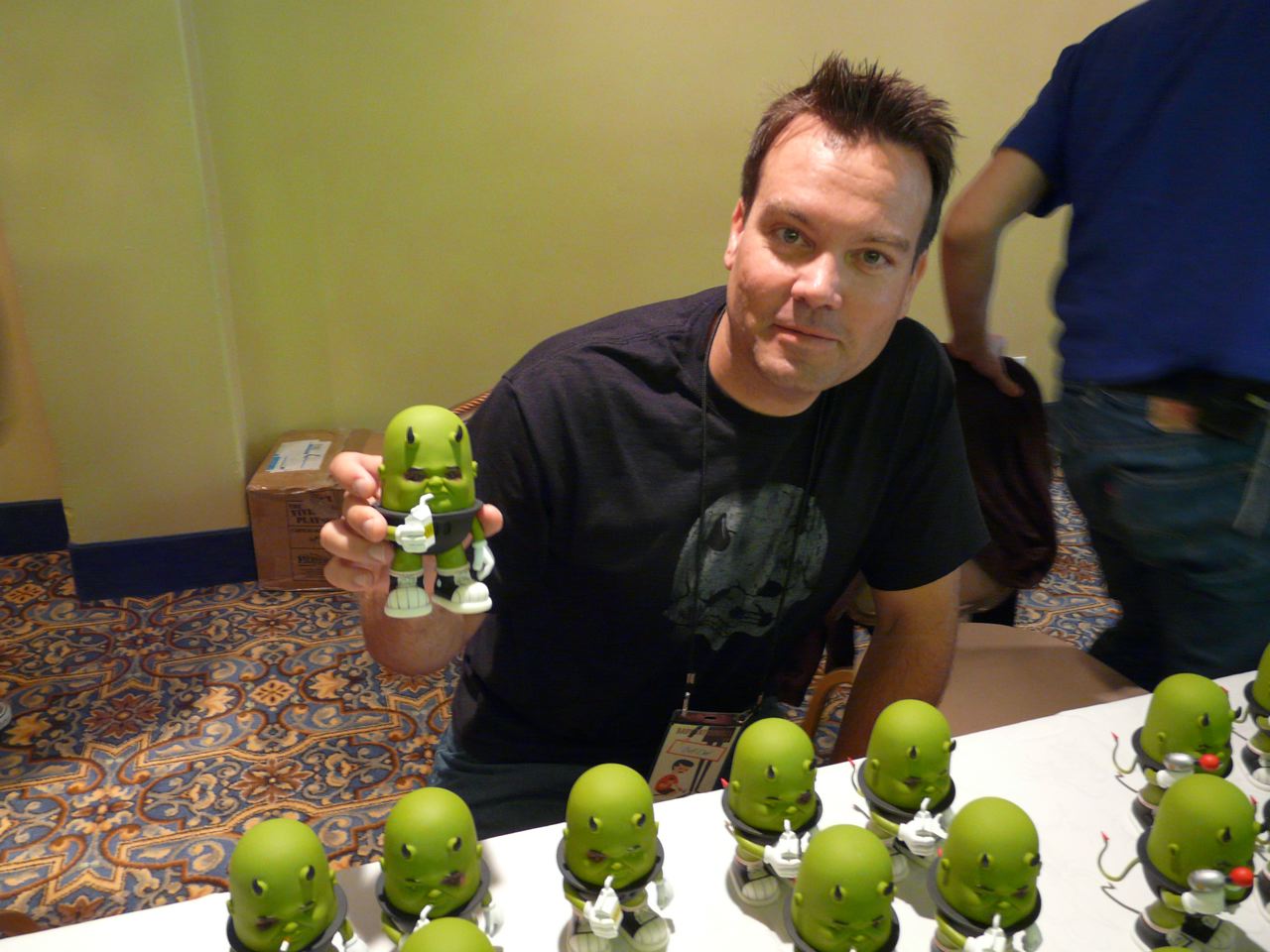 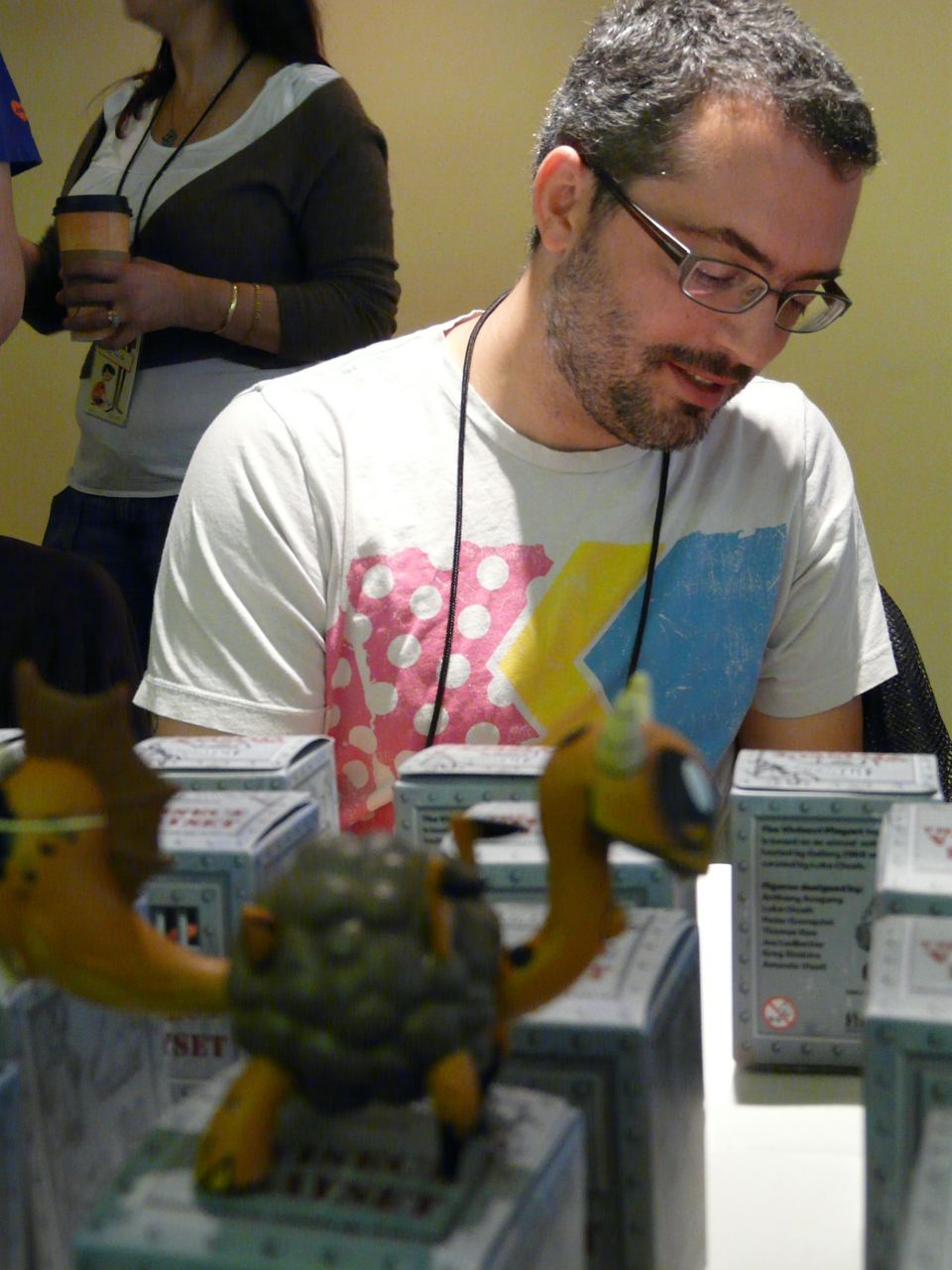 Day 2 of Baby Tattooville kicked off with a presentation by Murphy Design and then moved on to a talk with Bob Dob and Joe Ledbetter about the process of art toy making.

Bob Dob described his toy as having three different expressions and holding three different vices.Â  Once of which was getting drunk…on milk LOL.Â  His contribution to the “goodie bag” for participants were a special customized “black eye” Luey toy one lucky recipient gets a Luey with TWO black eyes).Â  He also let us in on a little secret project that he was working on which was a clear Luey with a visible skeletal version of Luey seen inside.

Joe Ledbetter‘s contribution to the event was his vivisect playset toy that was a collaboration with Craola. He will also be signing each box personally for us.Â  Most artists have seperate sculptors who do their 3D work for them but Joe related that he does rough sculpts HIMSELF to help with the turnaround images that they have to produce to help make each toy.