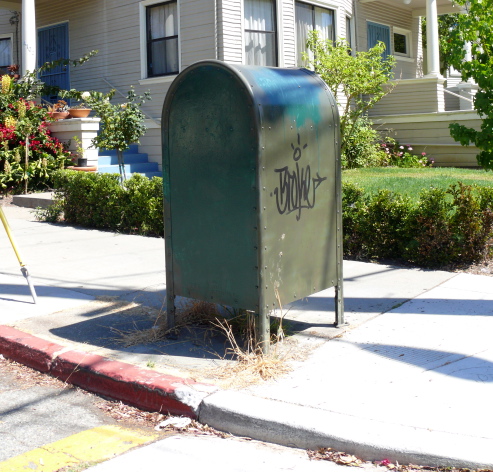 Josh Keyes recently posted up some miscellaneous photos relating to his current show at OKOK gallery in his forum. It’s always interesting to learn about the inspirations, ideas, and creative processes of an artist.Â  For example, look how he incorporated a local mailbox (graffiti and all) into his “Totem IV” painting.Â  As most of you know, he used a lot of northwest Native American imagery for this show.Â  So, notice how he placed the logo for the American Indian Movement on mailbox as well (there will be a later “Guardian 1” print auctioned on ebay to support this charity). 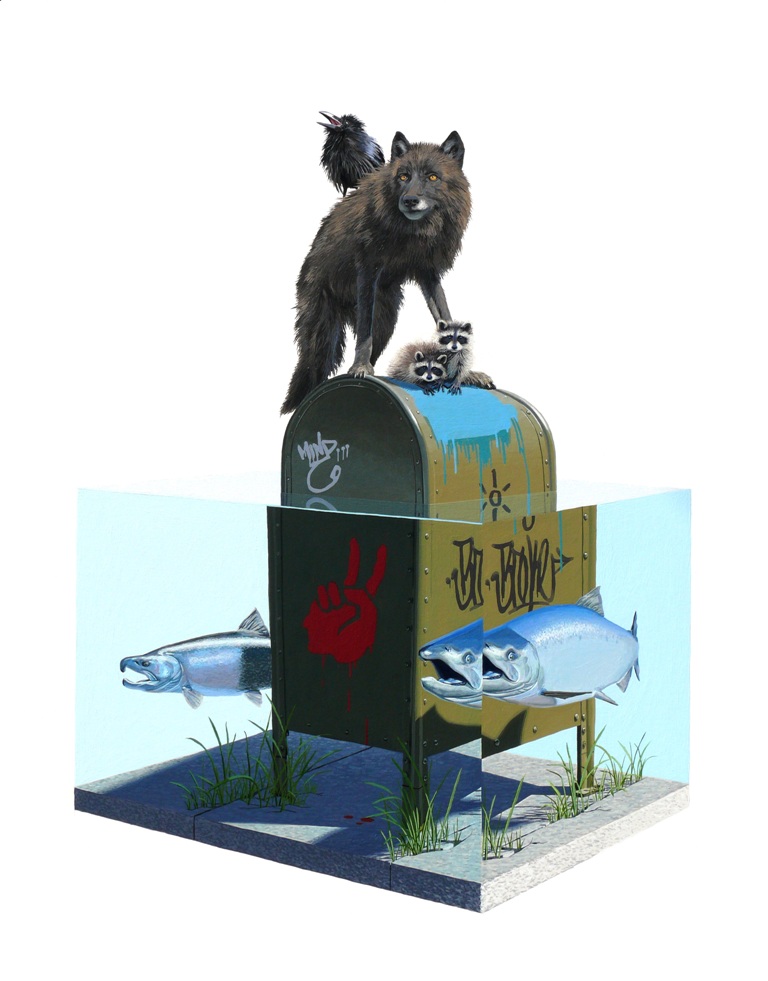 Here’s a little visual aid for his “Reservation III” painting. 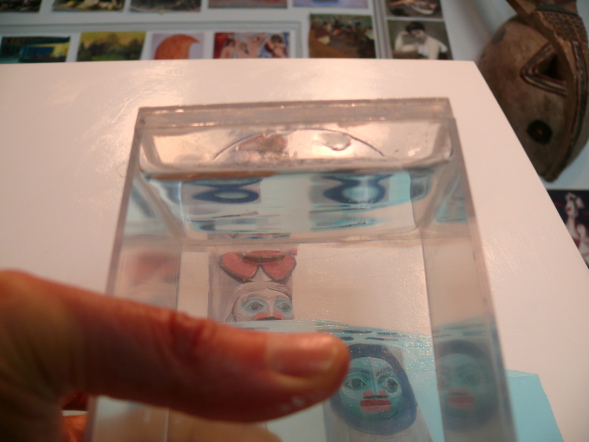 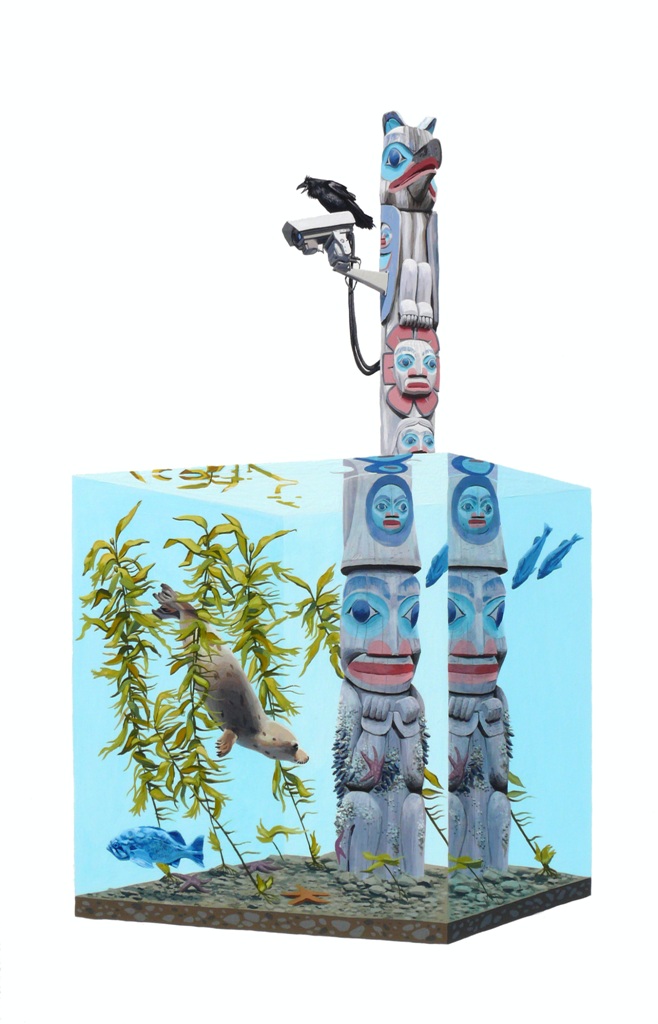 Looks like he used his own hands as props for his Guardian series. 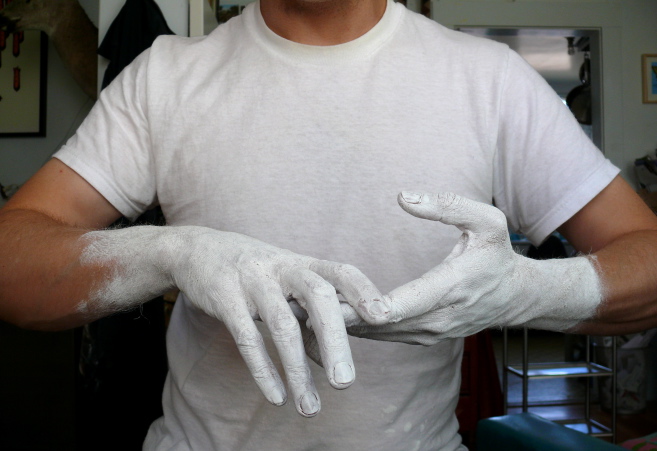 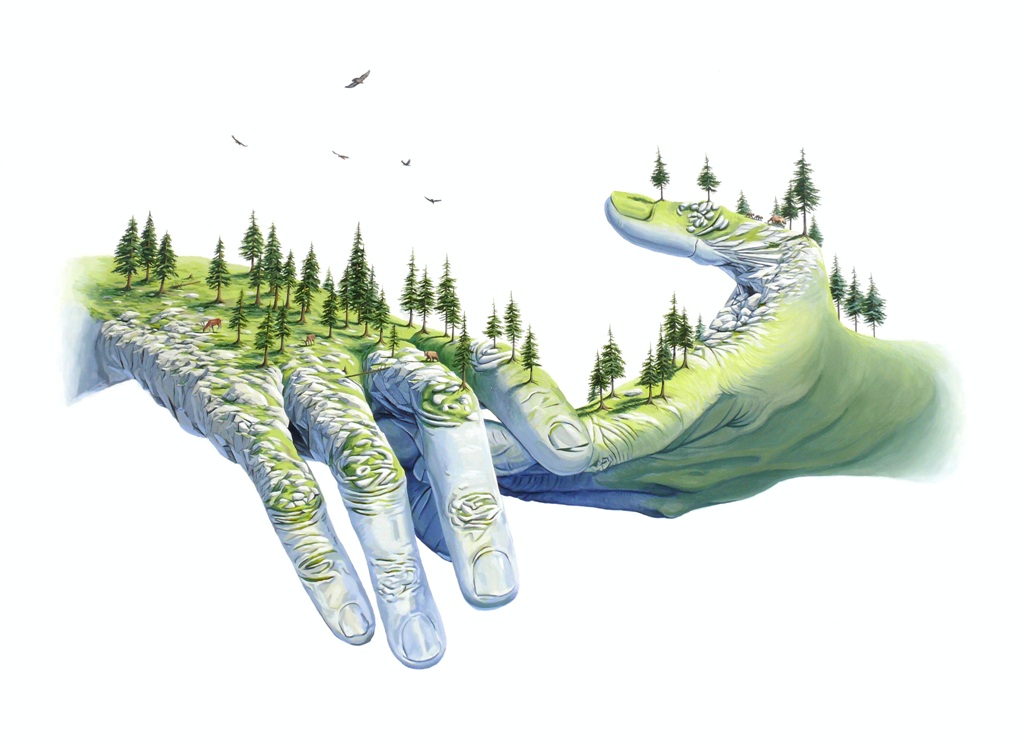 More interesting photos in the gallery that nicely round out this body of work.