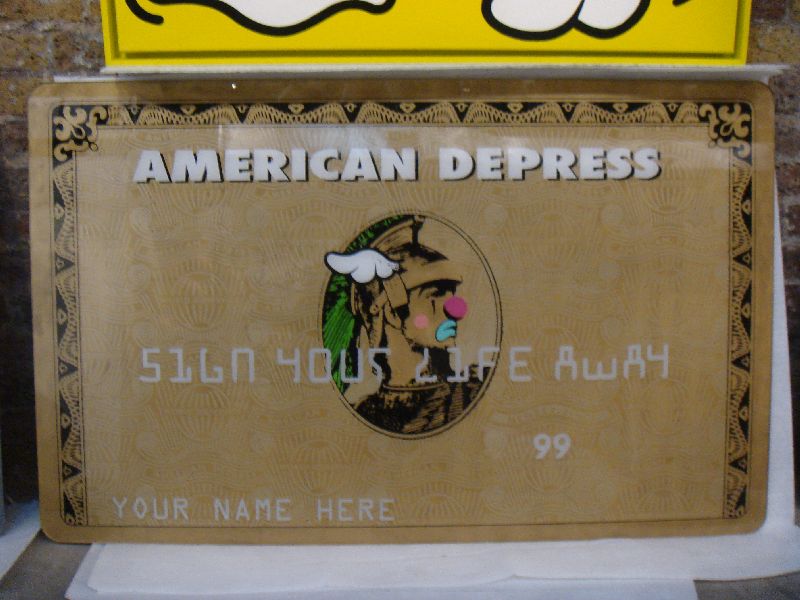 aPOPcalypse Now! is the new D*Face show, and itâ€™s a special one. D*Face, has created an entirely new body of work for the show at Black Rat Press Gallery in London. And while still recognizably D*Face, shows a marked stylistic departure.

D*Face has taken time out of his busy schedule to encapsulate the showâ€™s central message thusly: â€œMy work reflects our popular culture encompassing the American dream and the ideal of good triumphing over evil, no longer relevant in today’s society where the ‘invade now and ask questions later’ philosophy isn’t tolerated or indeed wanted. Colliding cultures are no longer receptive to the American way, the Superhero’s triumph of good over evil as portrayed through the political circus is now decoded through the eyes of different cultures, weary and wary of the sub-plot played in todayâ€™s political climate where war equals brand invasionâ€.

More pictures after the jump

I was lucky enough to get in and snap a few pictures during the setup this week. Enjoy.