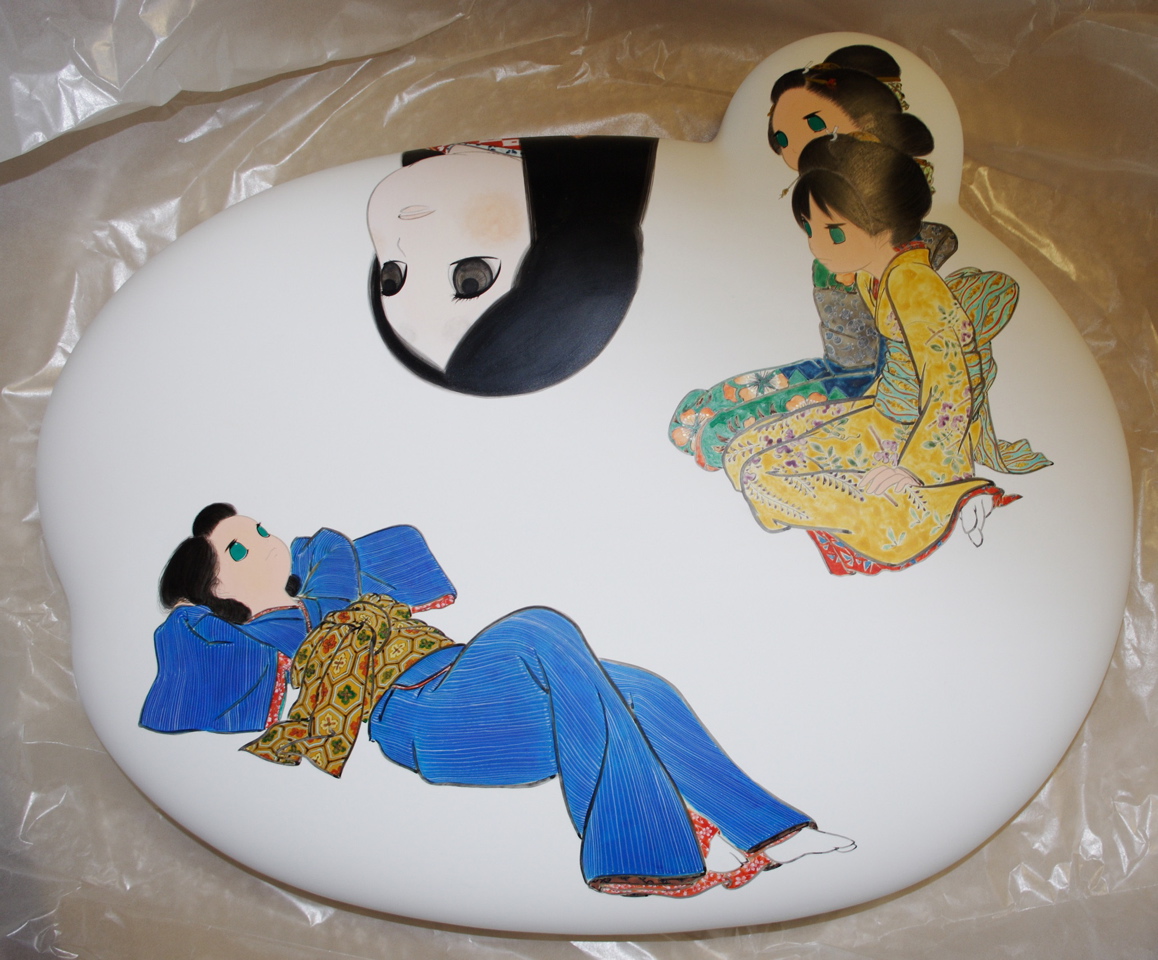 Along with Aya Takano and Chiho Aoshima, Ai Yamaguchi was one of the young, up-and-coming female Japanese artists involved in Takashi Murakami’s Tokyo Girls Bravo exhibition in 1999. Unlike the other two, however, Yamaguchi severed her connection with Kaikai Kiki and went her own way. Since then, she has done quite well for herself, showing her Japanese animation-style depictions of Edo-period geishas at galleries around the world, publishing beautiful silkscreen prints and collaborating with the Japanese cosmetics brand Shu Uemura.

This Saturday, Yamaguchi will be having her latest exhibit entitled Hana wa no ni aruyouni (Flowers as they are in the field) at LA’s Roberts
& Tilton. See more photos, read the gallery’s press release, and learn about a print release after the jump.

Installation Yamaguchi is working on. 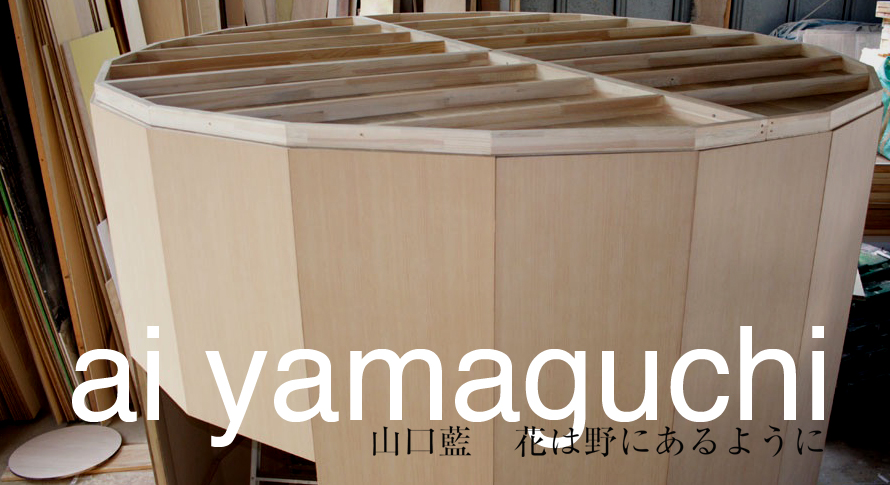 Simultaneous tension and harmony produced by disparate elements is the unifying thread throughout Ai Yamaguchi’s Hana wa no ni aruyouni (Flowers as they are in the field). Hovering between Japanese animation and classical Edo-style painting, the work in the Tokyo-based artist’s second exhibition with Roberts & Tilton incorporates site-specific installation and recent paintings. For this exhibition, Yamaguchi has conceptualized the gallery space in terms of traditional Japanese confections where the white gallery walls represent the starchy mochi, and the artworks themselves become the sugary anko of the Japanese sweets served during the tea ceremony. The centerpiece of the exhibition, a barrel-shaped room housing a panoramic mural, represents the bitter green tea which is intended to strike a distinct yet subtle balance among all the elements within the gallery space. Similarly, the unique mix of Japanese culture in Los Angeles is relayed through a beautifully rich story depicted in Yamaguchi’s paintings. 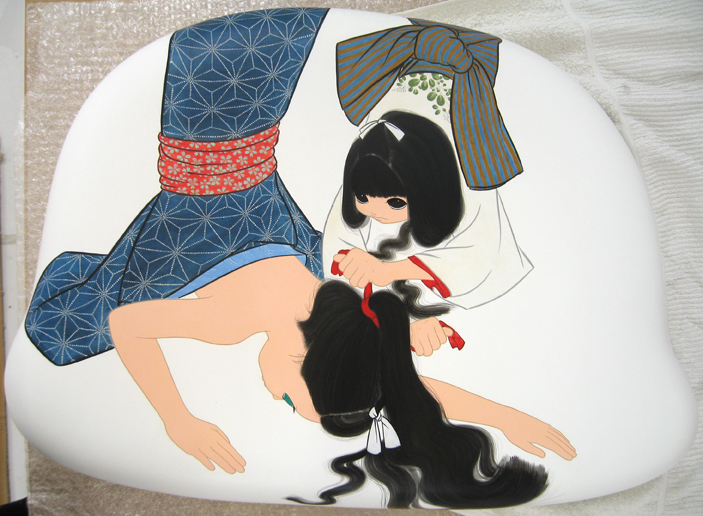 Seen below is the print “Hanasu Koto Wa Kono Yama Hodo” that will be released for this show. The edition size will be 50 and it will be part digital and part silkscreen. The size is 13.4 x 37 inches and will be priced at $1500.

Pics and info courtesy of Robert and Tilton.