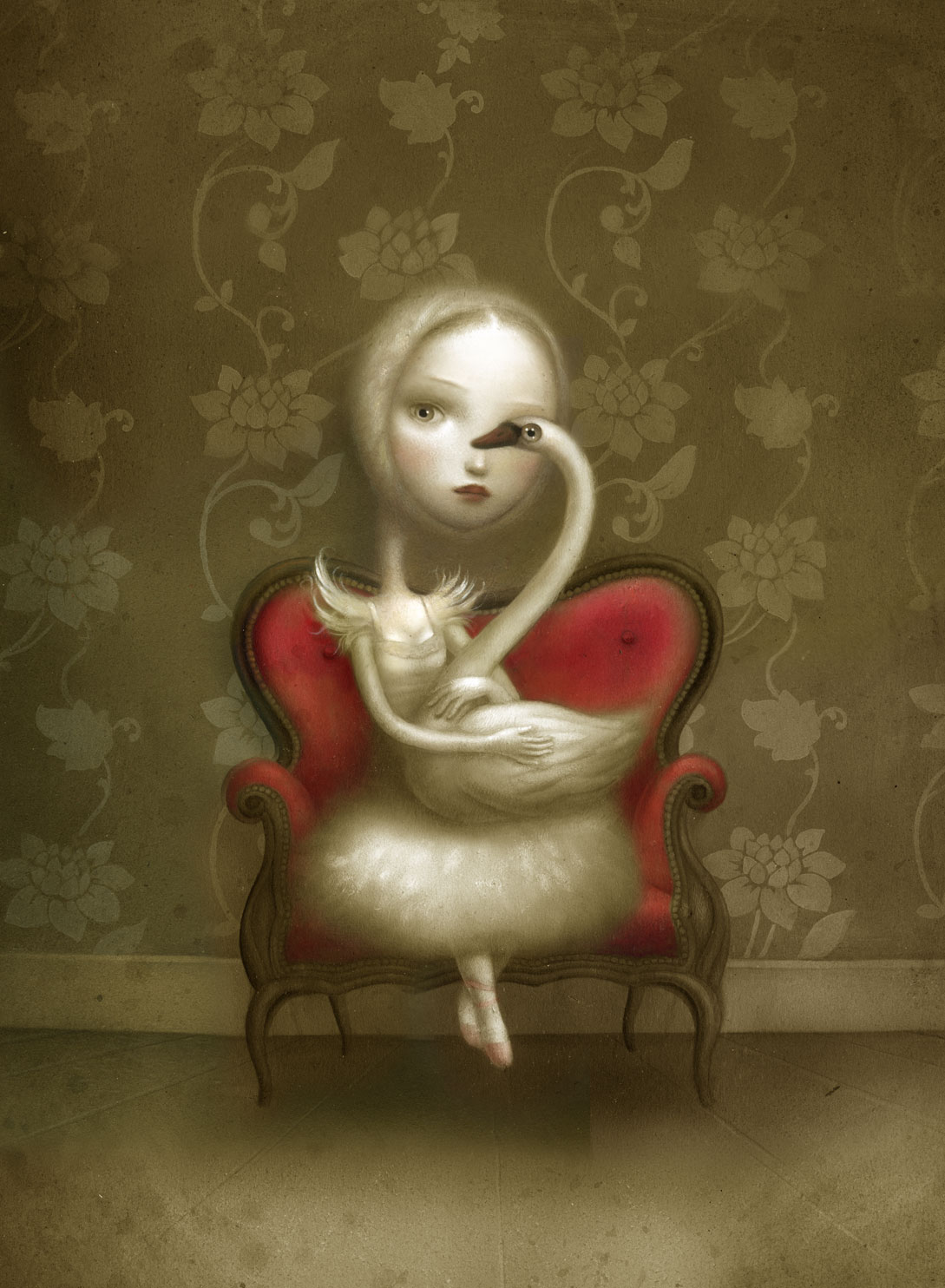 San Marino based artist Nicoletta Ceccoli has sent us some exclusive images from her upcoming show at Richard Goodall Gallery in December.Â  We have been anticipating this show for quite a while since her job as an illustrator does not allow her time to exhibit as often as her fans would like. Her fairytale-like paintings have been described as a having a Ryden-esque feel to them yet softer and more delicate.

In particular, we like the clever way in which her characters are painted such that they have parallels with the creatures they are interacting with or the environment in which they are placed.Â  Notice the feathers on the shoulders, the fluffy dress, the long neck of the girl that mirror the swan on her lap.Â  The juxtaposition of the eyes further draws them together as differences between the two are blurred and blended.Â  More images after the jump. 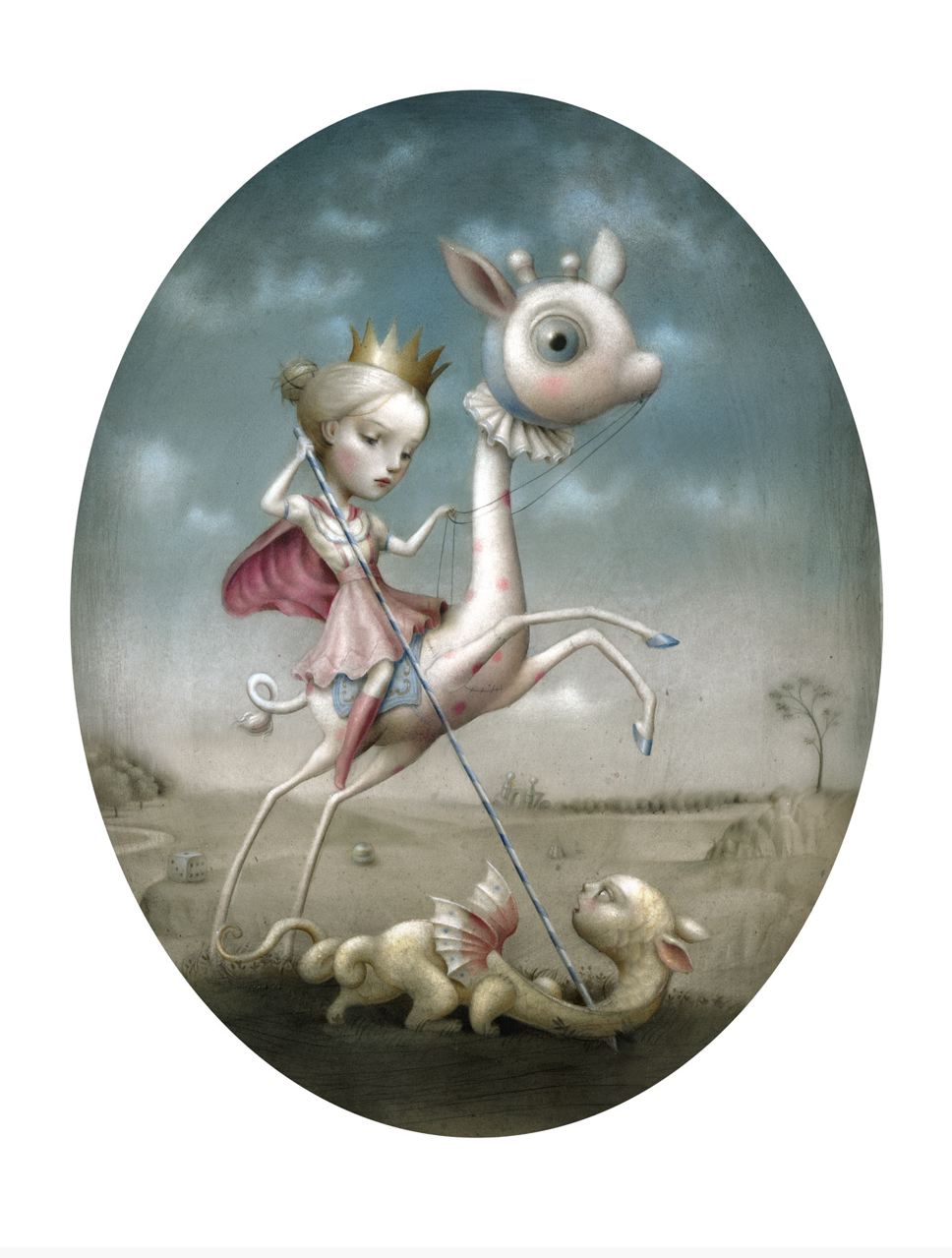 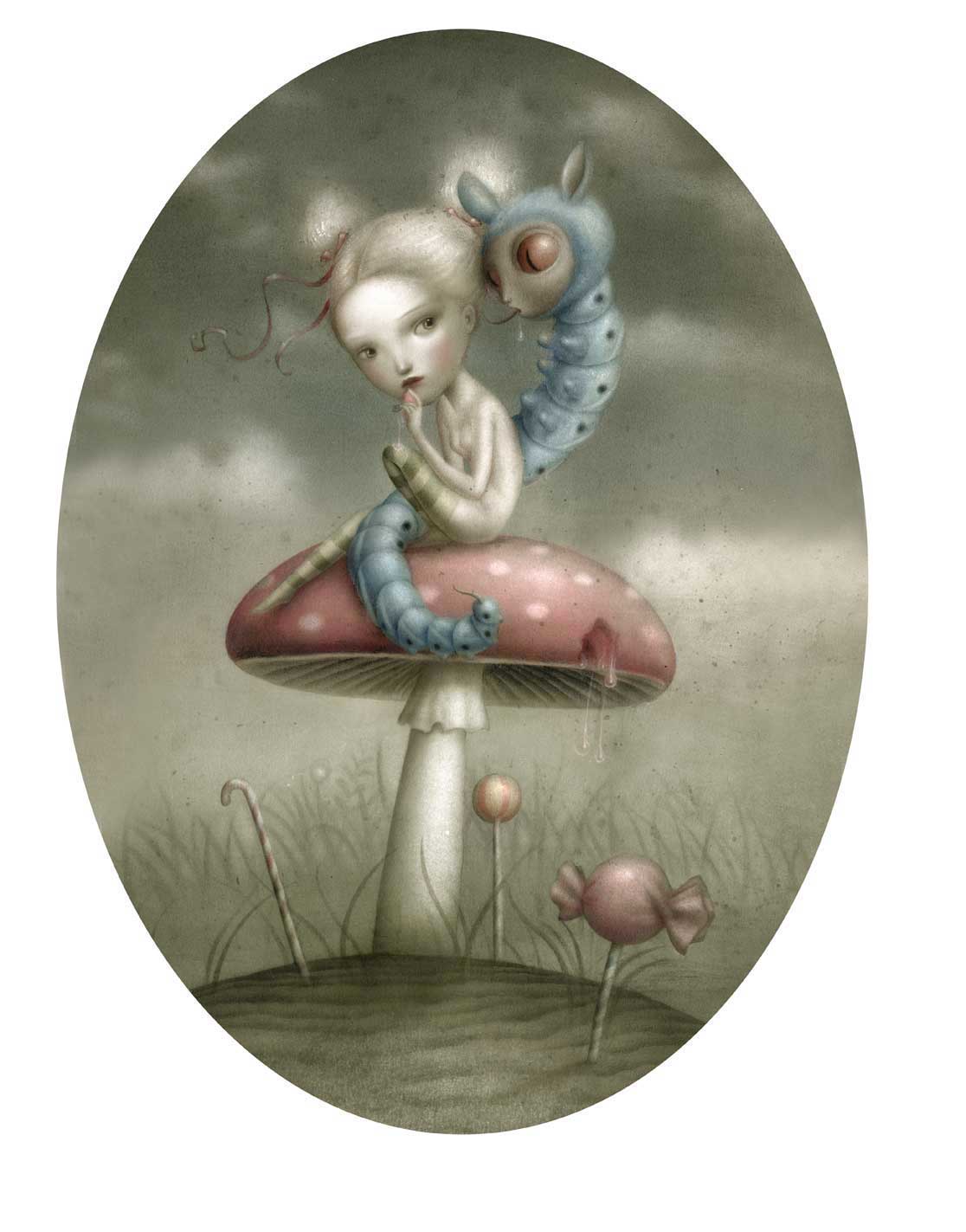