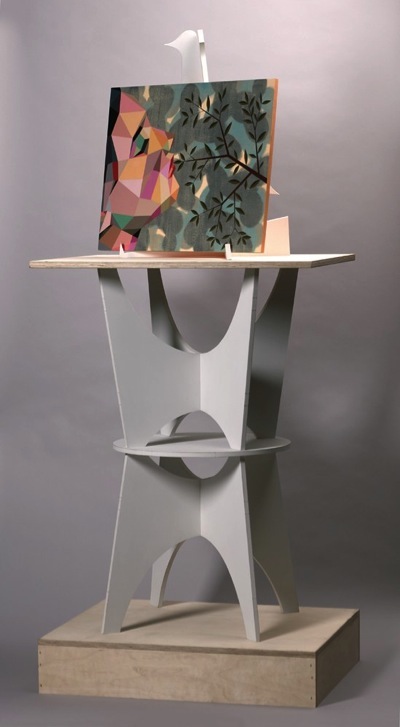 Tim Biskup‘s new solo exhibition “O/S (Operating System)” opens at Addict Galerie (Paris) on October 11th. The exhibition features 12 new paintings that are sold with an elaborate pedestal that can be assembled upon delivery using parts that come inside the shipping crate as well as the crate itself. There will also be a limited edition serigraph available. More info after the jump. 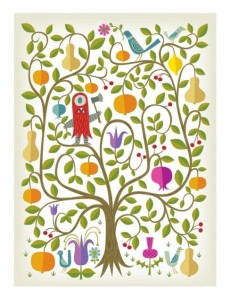 With Tim Biskup’s new collection of sculpture/painting combination pieces he presents the duality of his recent work in a neatly organized fashion. Each of the twelve pieces in the exhibition are self contained units which include an original painting packed into it’s own shipping crate along with an elaborate pedestal that can be assembled using parts that come inside the crate as well as the crate itself. These “systems”, as the artist calls them, constitute a fusion of Biskup’s aesthetic style and his conceptual theories. The pieces are intended to represent the interconnection between art itself and the peripheral elements that allow it to exist. As a metaphor, the “systems” ask the question of weather the peripheral elements actually add to or distract from the the artwork being presented.

Also included in the exhibition is a large scale serigraph, “Tree Of Life”. This 30-color print depicts the artist’s familiar Cyclops character, known as “Helper”, perched among the branches of a lush tree, surrounded by flora and fauna and wielding an ax. Biskup has said that the character is a symbol of mankind corrupted by his own sense of spiritual knowledge. The image was originally created as the cover of “American Cyclops” a catalog of artwork from an exhibition of the same name that took place at Iguapop Gallery in Barcelona in July of 2006.