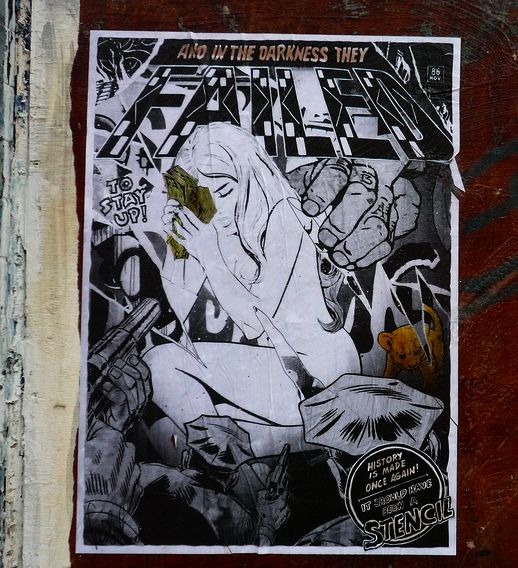 Looks like some clever impersonators are on the loose in the UK. After some of the art Faile pasted up (coinciding with their recent show) was stolen, someone put up these pieces (with a style that imitates Faile) in the same exact spot. Some of the wording reads “AND IN THE DARKNESS THEY FAILED TO STAY UP” and “History is made once again, it should have been a STENCIL”. The classic Faile girl is shown counting money with a giant hand grabbing her with the letters E-B-A-Y on the knuckles.Â  These spoofs may have been put up by photographer romanywg according to comments added to this ebay auction to protest against street art being taken off the streets.

Also if you look closer it is signed ‘Failed’. Why do I know all
this….. because I made them as a protest about street art being
taken off the streets before the glue has even dried and look
what happened! It’s all about people like you, not fans but
people just after making a quick buck.

While we agree with romanywg that street art should be left for all to enjoy, this begs the question – can public street art really be considered “stolen?”Â  Street artists must know that what they are doing is usually “illegal” and most likely will be taken down at some point by collectors or city employees.Â  In fact, artists such as Adam Neate and Barry McGee have been known to leave their art specifically for it to be taken. 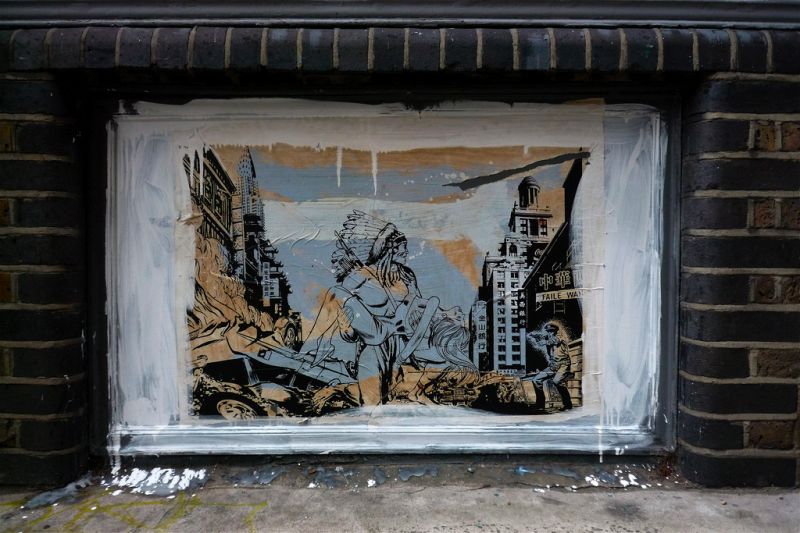 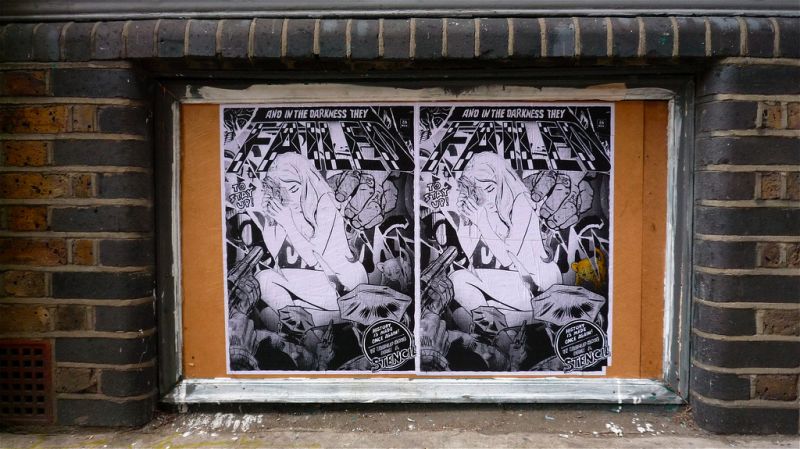