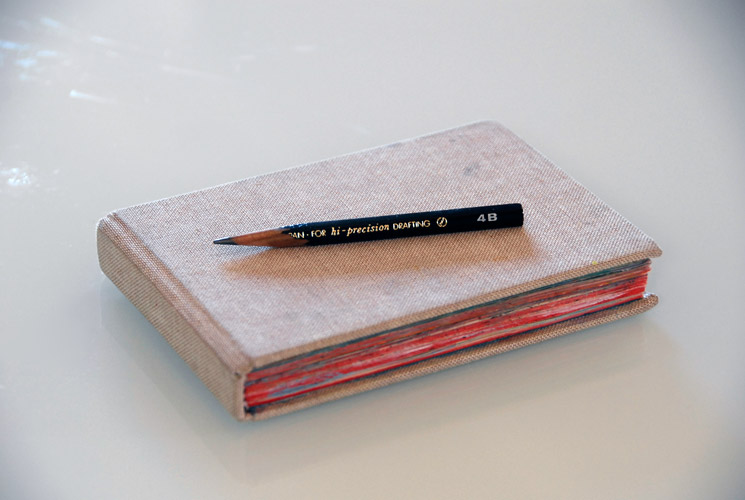 James Jean posted up another 150 photos or so into his already vast database of sketchbook images a couple days ago.Â  Apparently, he noticed there were some missing from 2004-2005, and only recently was he able to upload them.Â  Frankly, we don’t know anyone as organized and as thorough when it comes to recording their sketchbooks.Â  Some interesting stuff as he not only shows his drawings, but also texture studies.Â  His upcoming show “Kindling” at Jonathan Levine is probably the first big show of 2009 for us so expect coverage from us in the week leading up to the show.Â  In the meantime, take a look at some sketchbook images after the jump.