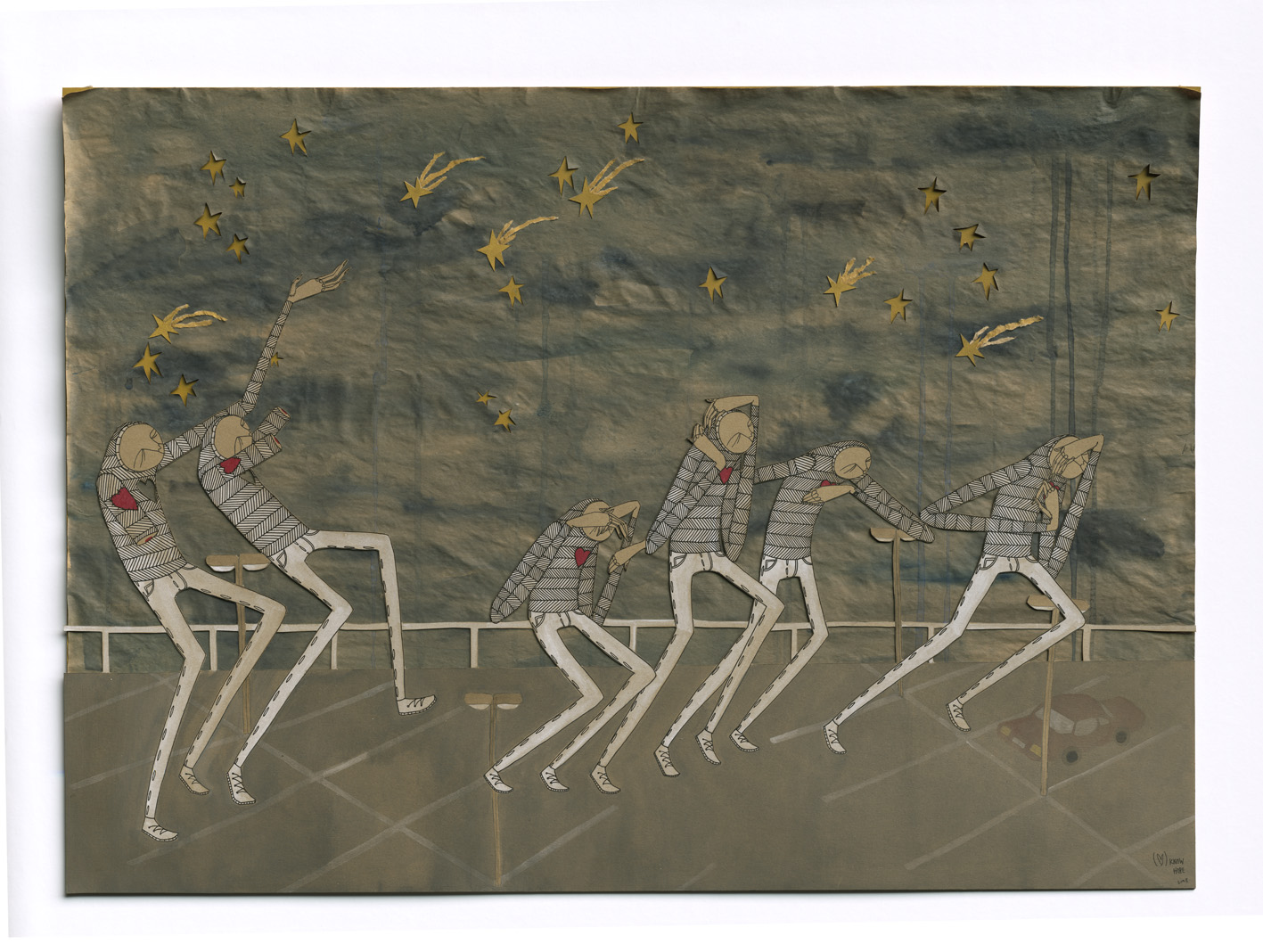 Fresh off his debut solo show at Anno Domini in October, Tel Aviv street artist Know Hope has another show coming up at Ad Hoc Art on January 16th entitled “The Insecurities of Time.” His characteristic collaged works will be on display – usually multimedia pieces including cardboard, watercolor, oil, paper and string. His body of work usually centers around an unnamed figure and the struggles and fragility of life. 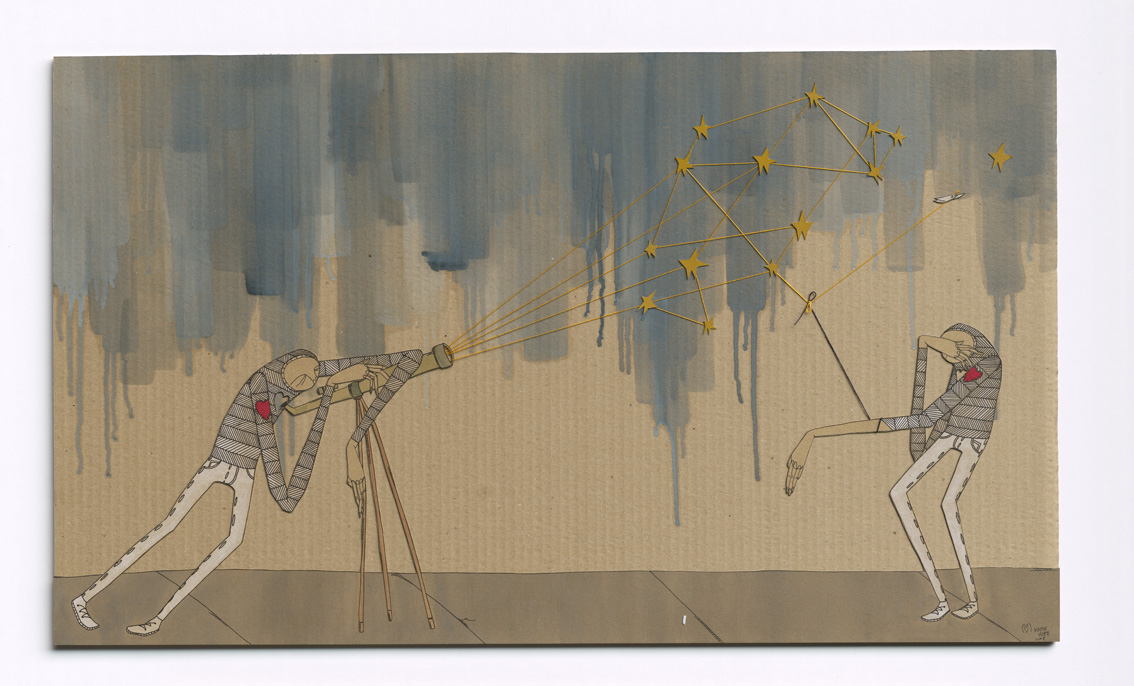 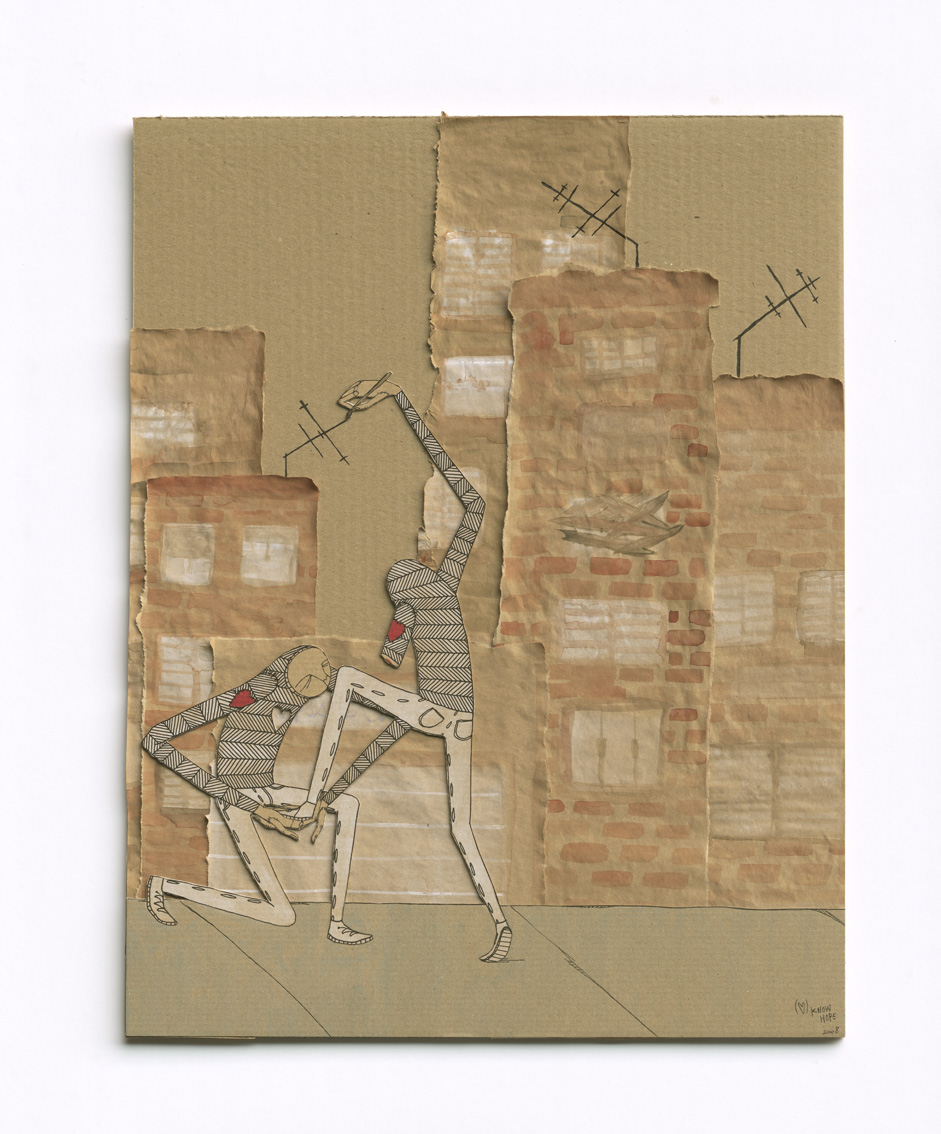 From what we understand, the Dain show that was supposed to run concurrently has been cancelled.