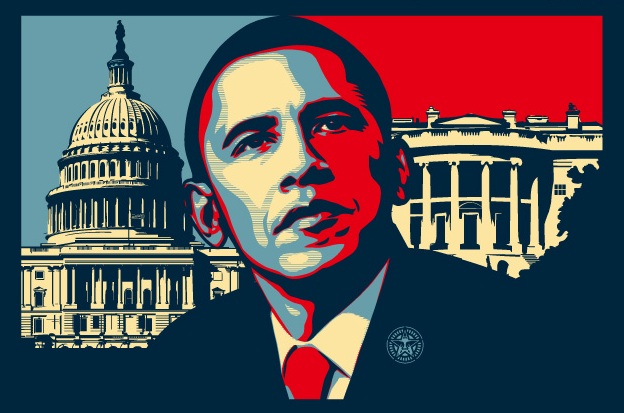 Get ready Washington D.C., because January is going to be a busy month. Sure, the inauguration of President-elect Barack Obama is the big event. But if that isn’t enough, Manifest Hope will be stopping into town. After a momentous “hit and run” show in Denver during the week of the Democratic National Convention, the Manifest Hope Gallery will be making an appearance in Washington before the inauguration (Jan. 17th – 19th).Â The event will again highlight the artists behind the grass roots movement that helped propel Barack Obama’s unprecedented rise to office.

ObeyÂ will be returning to the capitol for all the inauguration week events and will also be on hand for the show’s opening. So, stay tuned as AM will be bringing you on-site coverage of the gallery opening and the exclusive inauguration celebration coverage straight from the District!