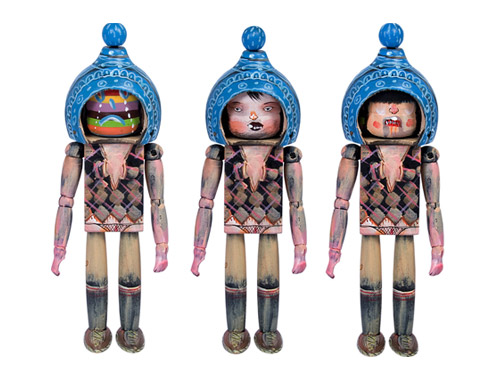 Following up his sold out signing in LA of his latest art figure “Choegal,” David Choe has again teamed up with Giant Robot for another signing, this time in Manhattan. The signing will take place on January 3rd at Giant Robot NY. So if you are in the New York area, this may be your only chance to pick up a Choegal signed by the man himself. But as many learned from the LA line, get there early or go home empty handed.

Check out the video Eric Nakamura made of the crazy LA signing after the jump.