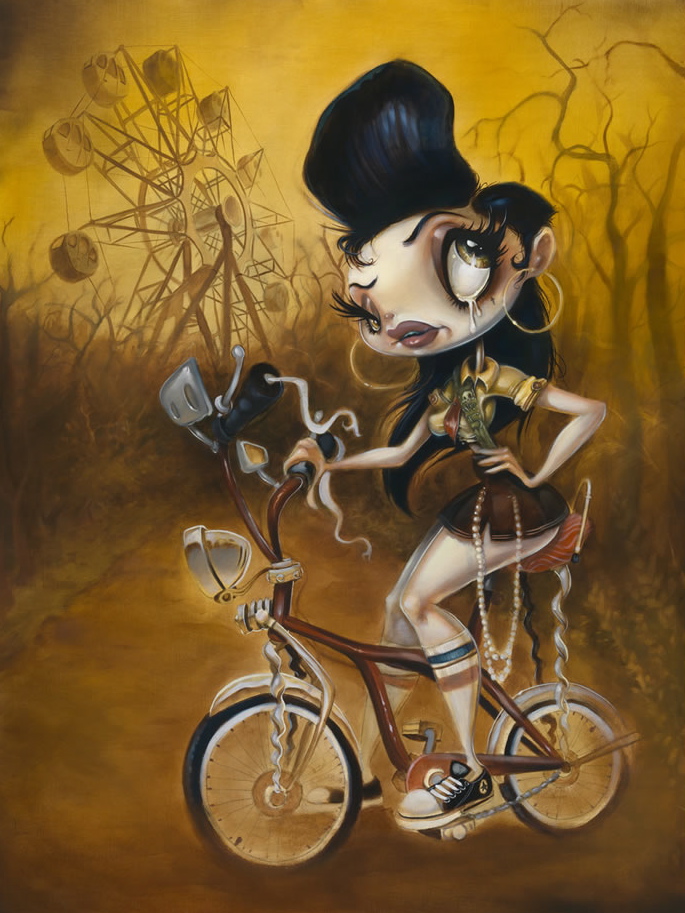 Brandt Peter’s show “Cackle Factory” (teased) opens next week on Tuesday, February 3rd at Gallery 1988 LA. He brings his beautifully rendered menagerie of characters with him for his first solo show on the west coast.Â  Brandt talks with AM about the themes of his upcoming show, his collaborative work with his wife and fellow artist Kathie Olivas, and future plans and projects.Â  Check the interview after the jump. 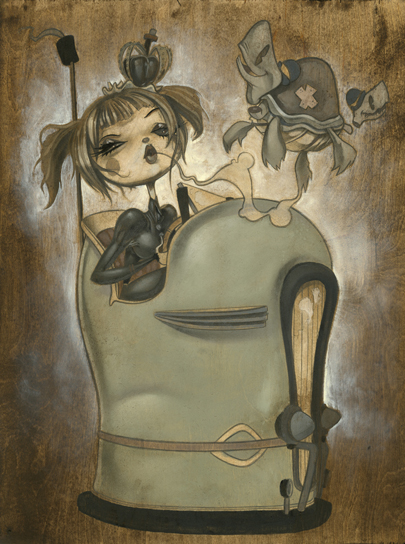 Arrested Motion (AM): We like the title of your upcoming show “Cackle Factory.” How did you come up with the title and is there a specific theme or message you focused on for this body of work?

Brandt Peters (BP): The term is actually a 1940s â€˜hard-boiledâ€™ slang term for an asylum. I feel that one of the connections we all share in common are the moments and situations where we feel we’re completely on the edge, but never share with anyoneâ€¦ my characters are the manifestations of those thoughts and feelings, constantly swirling about usâ€¦ I feel we’re all part of the “Cackle Factory.” 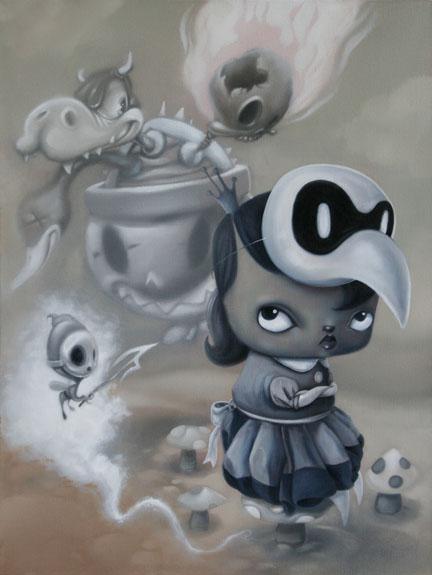 An example of a collaboration with Kathie Olivas

AM: You have been known to do collaborations with your wife and fellow artist Kathie Olivas. In fact, you have done entire collaboration shows together. How does your process differ when working with another person and do you plan on any more in the future?

BP: The process is really no different than working as an independent â€“ if anything, the process becomes more like a dance â€“ where Kathie and I take turns leading â€“ but in the end, itâ€™s the final image or vision that matters â€“ not how we got there or the details â€“ the work should stand by itself and be honestâ€¦ it just happens to be a plus that there are common points in both of our work that blend together seamlessly â€“ this and a love and fascination with anything archaic, vintage or antique, innocence lost, personal journey, morbid innocence, victorian occult, old toys â€“ our collaborations work because each of us is one half of the other half â€“ itâ€™s like speaking the same language â€“ in all fairness, itâ€™s not always easy, but always honestâ€¦

We are planning more collaborative shows â€“ to be announced soonâ€¦ 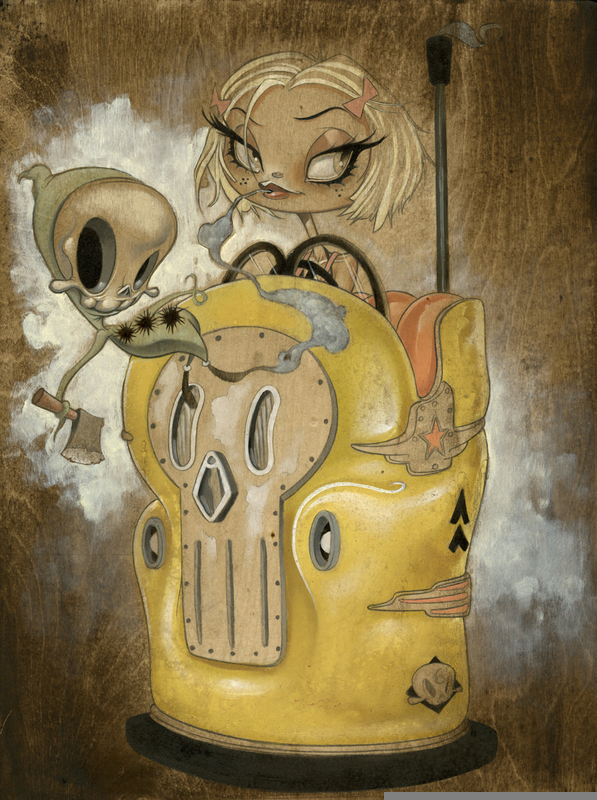 AM: It almost seems with the world you have created, that we can envision your characters interacting and acting all the scenes you have painted. Any plans for animated versions of your art for the future?

BP: I do have plans to bring Slap-Happy! into the world of animation â€“ the world, its inhabitants, the stories and background and the drama that weaves around them â€“ itâ€™s always been about finding the right partner(s). 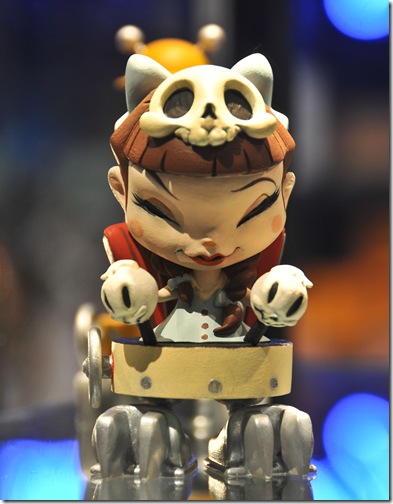 AM: Are there any other projects and shows for the rest of 2009 that you can share with us?

BP: I am about to launch an all new website that will debut on February 3rd, opening day of the “Cackle Factory” show at Gallery 1988 â€“ it will be a one stop destination to find out about all of my projects, including the 2009 line-up. Just off the cuff – The Peacemaker 32.9 vinyl figure will be dropping at New York Comic Con within the next couple of weeksâ€¦ and within this first quarter, my Serv-O-Matics mini figure line will be released from MINDstyle â€“ if ya want to know more â€“ you can go to the following sites: