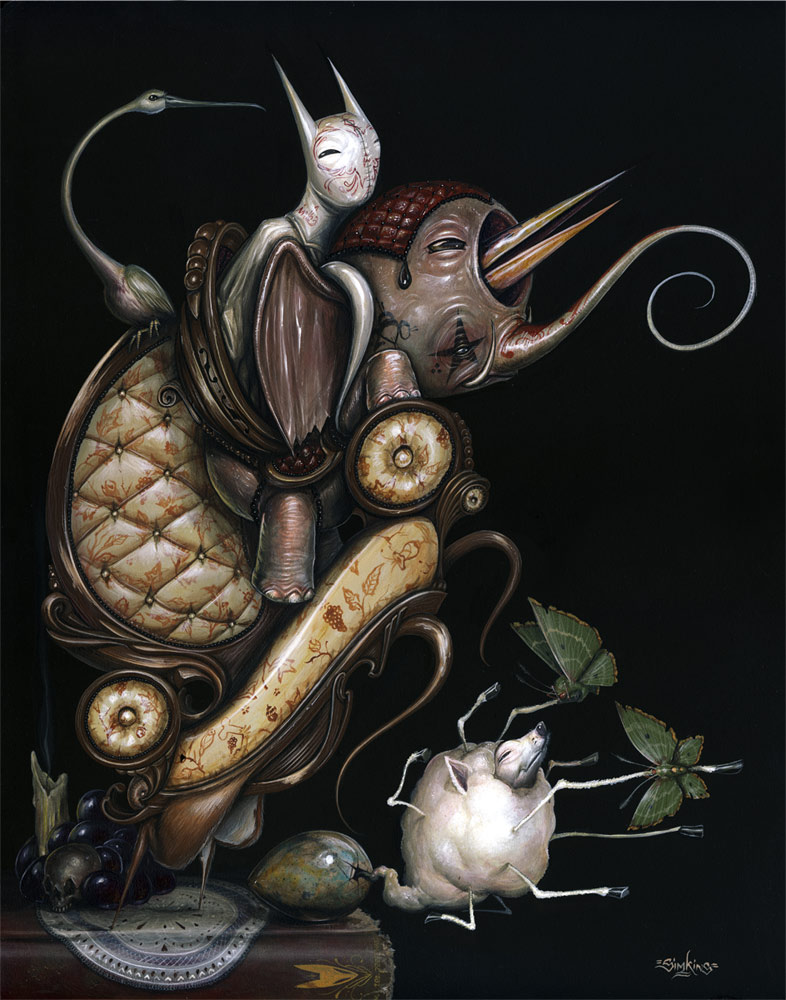 Greg Simkins, or as he is popularly known, Craola (something he kept from his graffiti days) is opening his first show of 2009 at Fifty24SF on February 5th. His show “Seeing Things” (teased) expands on the pseudo still life format he has been working on, and the fact there is something alive in the arrangement that makes you take a second look. He talks about this as well as some other things an interview with us after the jump. 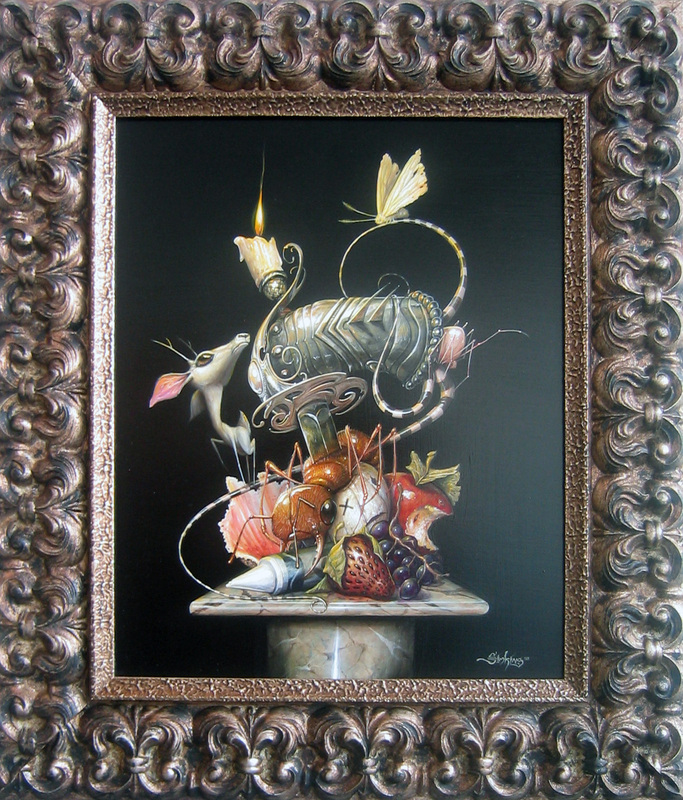 Arrested Motion (AM): Your last two shows “It Wanders East” and “It Wanders West” were based on two parts of the same story. Is “Seeing Things” a continuation of those shows or will you be working on a different theme? How did you come up with the name for the show?

Greg “Craola” Simkins (GS): In more ways than not, it is a continuation of the themes in the “It Wanders” series. There were ideas that were spurned from that series that I could not pass up doing here with “Seeing Things”. Now working on this show has created more ideas that I need to delve into for my future shows. Whenever I create a body of work, it always spills over and evolves into the next. It feels very natural and organic this way. The title “Seeing Things” has to do with the pseudo still life format I have been working with in the last few shows which even goes back before “The Well” into “Imscared”, except this isn’t your parents’ still life. There is something alive in the arrangement that makes you take a second look. 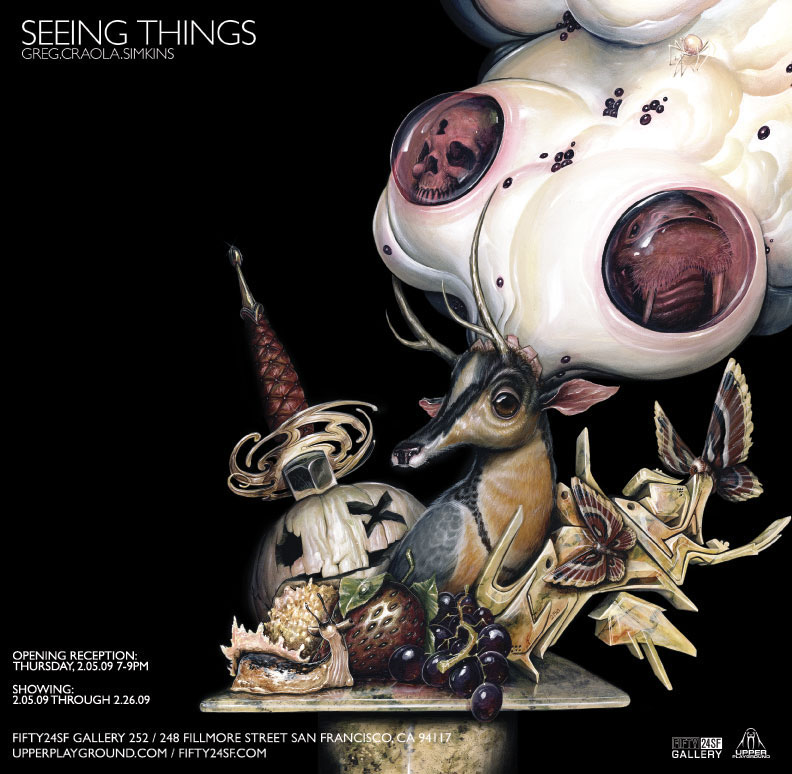 AM: Was it completely random that you ended up with Anthony Lister showing concurrently with you at Fifty24SF? Are you a fan of his work?

GS: I don’t know the process with which Fifty24SF selects it’s show dates, but I am sure they have a rhyme and reason for how they do things. I have never met Anthony Lister but love his work. There is so much raw motion and creativity in it. I am honored to be sharing an opening night with him and can’t wait to see what madness he comes up with for his show.

AM: We hear that you are building a new studio. How’s that progressing and will it change how you work?

GS: My Dad and I have been slowly working on it through show prep, and it is close to completion. It is totally strange having actual “space” to work. Going from a small bedroom in our townhouse to a larger space is a dream. My Dad built me an enormous easel that kicks ass and the plans for images are flooding in. I have developed a whole new respect for spiders and co-mingle with them daily over here. I almost feel like I have invaded there space, being that there are so many of them.

AM: Any other shows or projects you can share with us for the rest of 2009?

GS: That information, my friend, is to be announced at a future time 😉

AM: LOL. Fair Enough. Best wishes on your show.Â  We can’t wait to see the entire body of work.