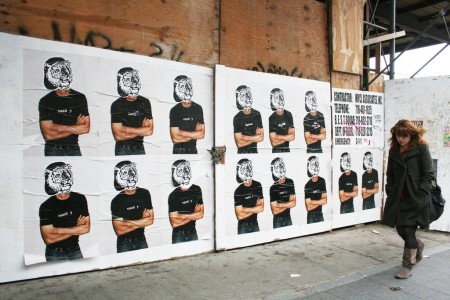 Looks like Faile has been working overtime in the streets of NYC at the expense of Supreme’s Spring ad campaign. Numerous ad posters were altered and remixed across the streets of New York. Faile replaced rocker Lou Reed’s “grill” with their infamous tiger face and also replaced the classic Supreme “box logo” on center of the shirt with the Collective’s catch phrase: “vanity”. Apparently this “remix” is a urban retaliation to Supreme’s annual guerrilla-spam ad campaigns. These campaigns allegedly consists of plastering numerous posters/pasters all over the streets of NYC; often going over many street art and graffiti spots. 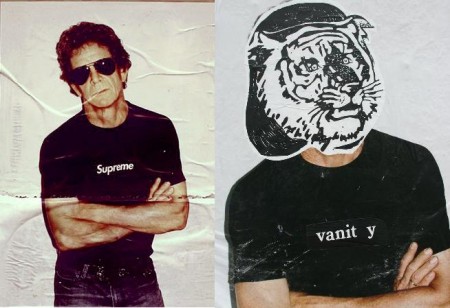 More after pics after the jump 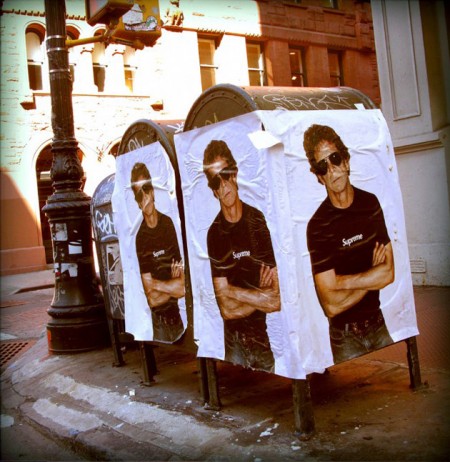 Apparently the guerrilla campaigns are a little too affective... 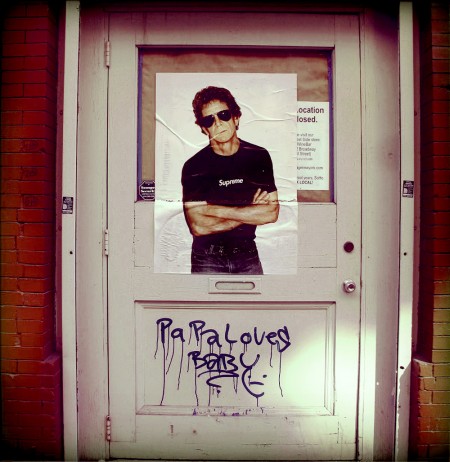 Thanks to our friend Sabeth for the pics.