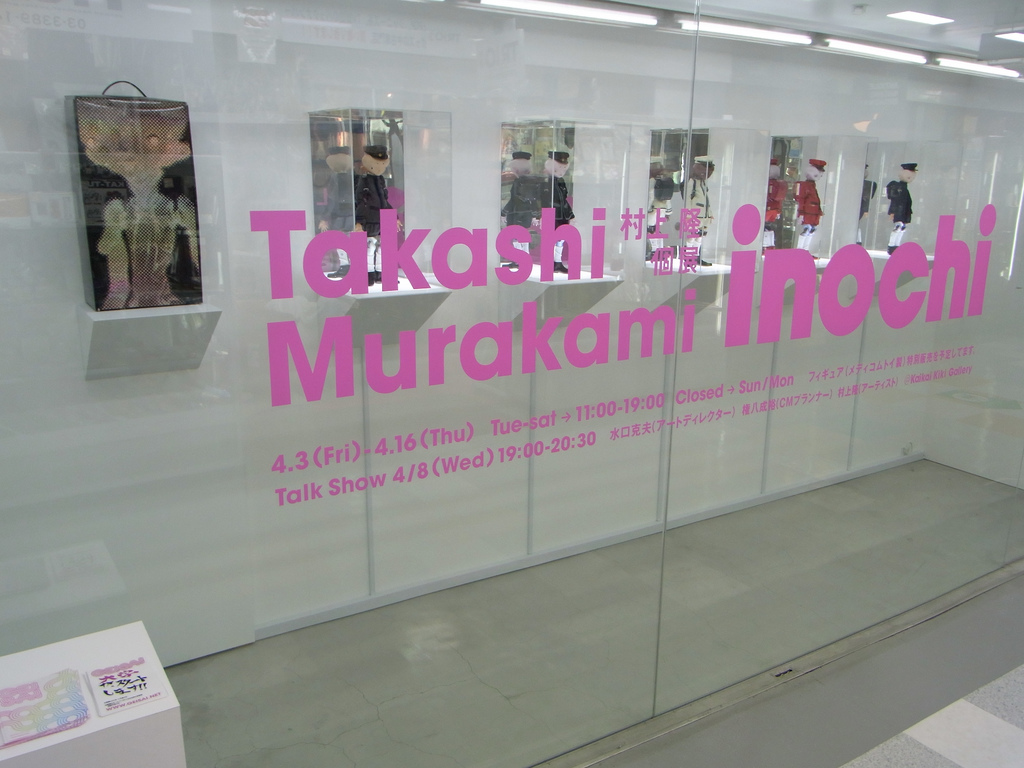 It seems that some shows get all the glitz & glamour, and some shows just slide in & out without much ruckus. But one things for sure, high profile or not, Takashi Murakami and his Kaikai Kiki juggernaut do not half-step anything. Takashi’s latest show “Inochi” at Tokyo’sÂ Kaikai KiKi Gallery ended last night, and AM has some pics from the land of the rising sun. 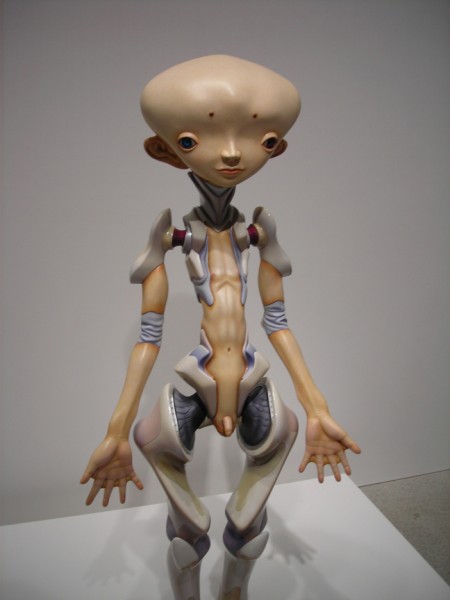 Inochi is a concept built around a robotic boy who is trying to find himself and a place amongst his schoolmates. Think Pinocchio meets ET… The famous sculpture actually premiered atÂ Blum and Poe in 2004. 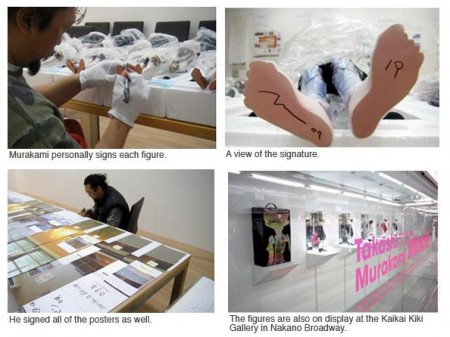 For this Japan exhibition, Murakami shows the audience the entire creative process behind the Inochi universe and applies his famous brand of marketing firepower by creating artwork, ads, videos, and even a limited edition vinyl series with renowned toymaker Medicom. Like Andy Warhol, Murakami’s aim is always to make his astonishing creations available for a more affordable price point. Originally slated to be created with 5 different colorways, each figure is hand signed with a production run of 200 with a price tag of $1500 per figure to be available at the gallery opening. But due to production/quality control issues, the figures will be held back until sometime in July or until Murakami gives an uncompromising approval. 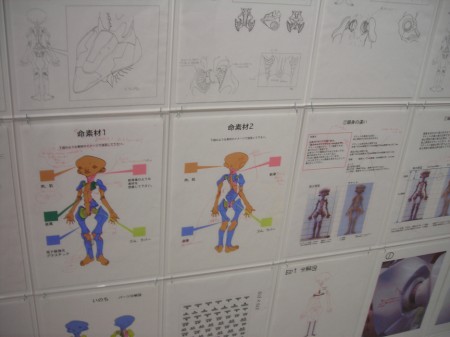