Fresh off his successful show at the Palace of Versailles, Jeff Koons is already busyÂ working onÂ upcoming exhibitionsÂ at the Tate Modern.

Tateshots has aÂ behind the scenes studio visit & interview ofÂ theÂ blue chip artist in his sleek New York studio. Jeff discusses his upcoming plans and gives a tour of his awesome “factory” to give viewers a peek of howÂ hisÂ tremendousÂ and detailed sculptures are created.

The video gives the viewer a sneak preview at what’s in store this year,Â as Jeff will be showing atÂ the Tate Modern as part of the “Artist Rooms” collection display which opens at the end of April. In addition, Koons will also participate in theÂ “Sold Out” exhibition in October also at the Tate Modern.

More pics after the jump 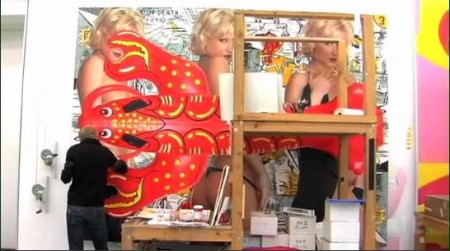 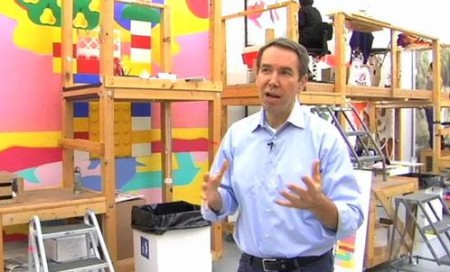