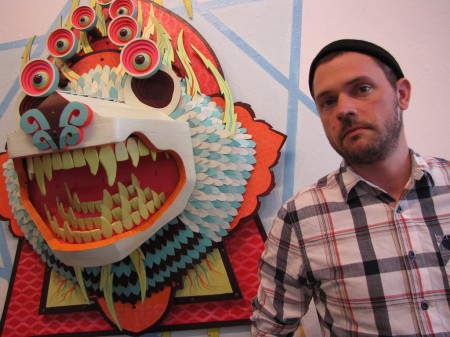 AM visited San Francisco institutions The Shooting Gallery and White Walls on Saturday to catch some photos of AJ Fosik’s (previewed) and Greg Gossel’s (interviewed) respective shows a couple hours before their dual openings. Â AJ’s show, “There’s Aliens in our Midst,” featured a dozen new wood 3D constructions (most of them being theÂ flamboyantlyÂ colored totem-like trophy heads that AJ has become known for as of late) as well as an installation of golden ratio proportions featuring a severed totem animal body strewn upon a cleft pyramid. Â For his adjoining show, “Happy Endings,” Greg Gossel packed The Shooting Gallery (which is no easy task by the way) with over 50 new pieces highlighting some of history’s most renowned fallings from grace, everyone from Stalin and Christ to the Lichtenstein-esque pulp girls seen in Greg’s past works to more current pop icons such as “Iron” Mike and Princess Di. 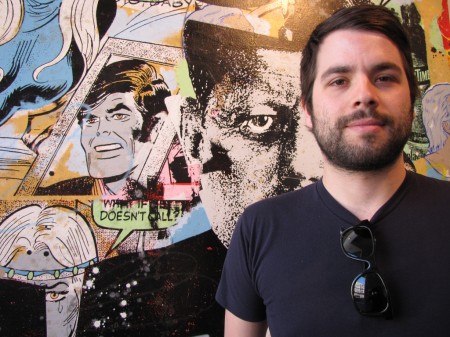 AJ and Greg were kind enough to and sign a few showcards for our readers. More on how to get your hands on these and all the photos from the show after the jumpâ€¦ 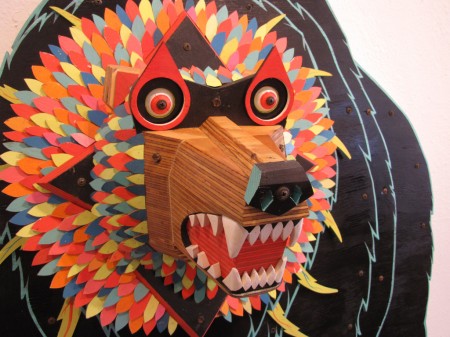 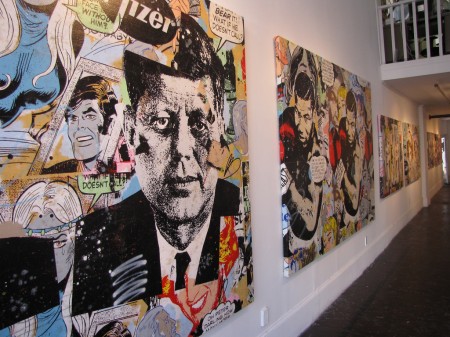 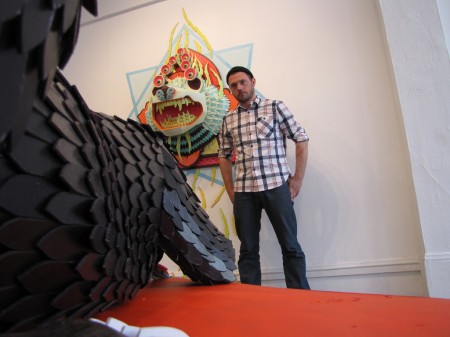 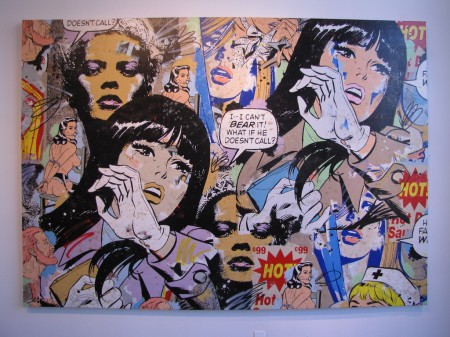 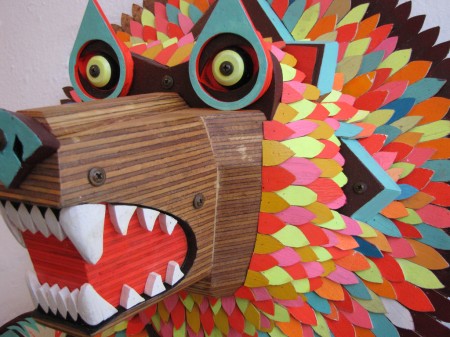 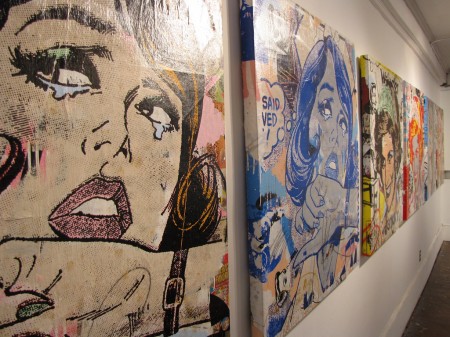 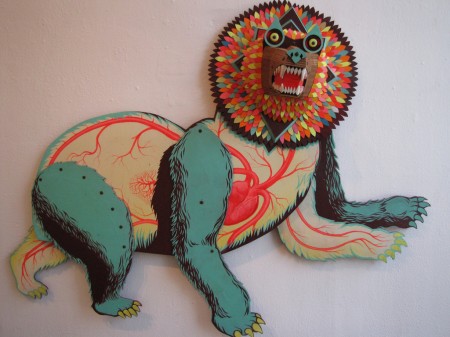 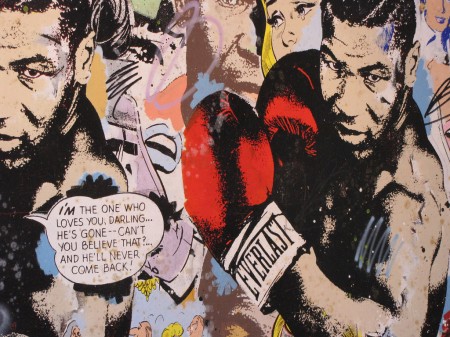 Signed AJ Fosik and Greg Gossel Showcards Contest:
AJ and Greg were nice enough to sign a few showcards for AM readers, the first four people to leave a comment on this post will receive one of each showcard. 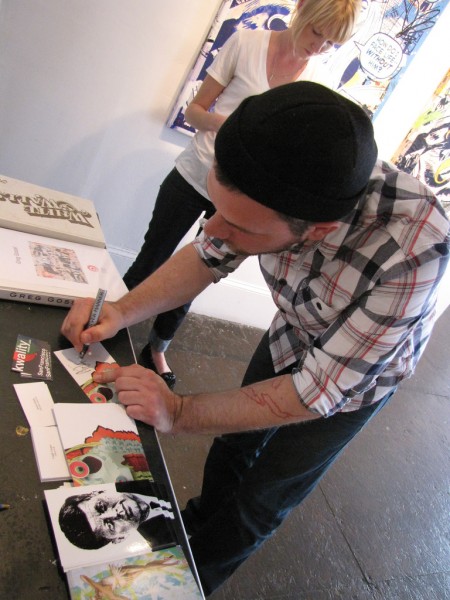