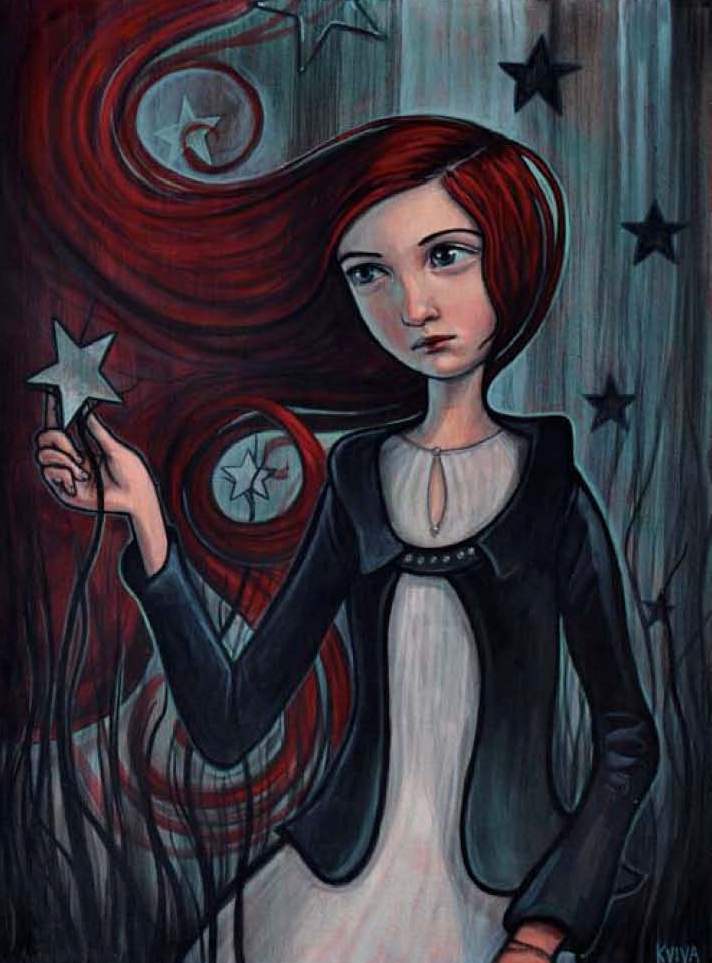 This Friday in San Diego, Kelly Vivanco returns after her highly successful solo outing at Thinkspace in Los Angeles. Subtext welcomes Kelly along with the up and coming Jason Limon. The botanical aspects in both artists’ work seems to be one of the main unifying themes in the show and their works play off each other nicely. Definitely a show to catch if you’re in the San Diego area this weekend. Subtext rocked things with their recent Comic-Con weekend only show and this is a great follow up to that. Look for some great shows from Subtext in the year ahead.

Take a look at all the recommended openings after the jumpâ€¦

Fri, July 31st 6PM
Alphonse Berber Gallery
2546 Bancroft Way, Berkeley / 510.649.9492
“Not as a God, but as a God Might Be” featuring the work of seven artists whose concerns, as diverse as their origins, include religion, the environment, racism, pop culture, television, and personal mythology. Not as a God, but as a God Might Be, like the Wallace Stevens poem from which the title is taken, boldly announces itself as a vigorous departure from previous ways of looking at the world in this case, from that which is easily recognizable as “museum art”, and from art that is conscientiously “anti-establishment” but is nonetheless embraced by the establishment because of that very fact.Â  Each artist substitutes his or her own obsession in the place where religious themes had been found in the Old Master paintings. Featuring the work of Don Porcella, Christina Pierson, Tamara Staser-Meltzer, Christina Empedocles, Michael Mersereau, Chromium Dumb Belle, Alexander Demaria and Andrew Nizinskyj.
(On view through August 29th)