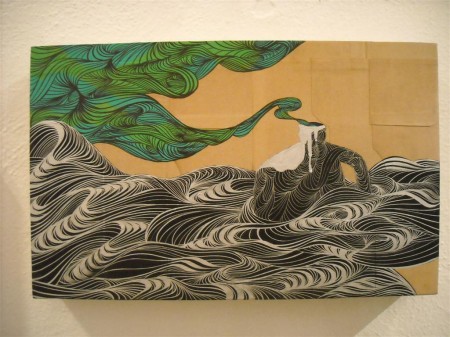 AM had the chance to swing through New Image Art on the opening night of “Constant Flow” – the new solo show from Barnstormers member David Ellis. The show comes down this weekend, so we apologize for the lag in posting, it’s just been a busy month that’s been packed with shows, but Ellis killed it and the show is most definitely worth checking out if you have the chance. More pics and a recap on the show after the jump.

This was Ellis’ first show at the gallery since his last show with gallery in 2007, the monumental “The Burning House” exhibition, which also featured Swoon (interviewed) and Faile and traveled overseas after it came down here in LA. If you missed that one, be sure to google it, as the show was one for the ages. 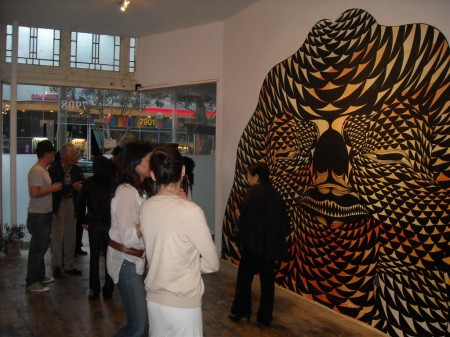 ‘Constant Flow’ features new motion works, paintings, and sculpture in the main gallery to coincide with his film “Okay” which is on view in the Project Room (more on that below).

Ellis’ work continues to interpret music and sound. His paintings are often recorded in a form of digital time-lapse animation Ellis calls motion painting. Like jazz, these works provide Ellis with an opportunity to combine ideas with collaborators or work solo within a form that promotes improvisation and spontaneity. For a recent commission, the artist painted a truck from sunup to sundown over five consecutive days. Ellis often stages events when exhibiting his motion paintings, inviting musicians, performers, and sound artists to interpret the work live. His motion painting, “Paint on Trucks in a World in Need of Love” was recently exhibited at MoMA. See below for a snippet of the ‘motion painting’ that was featured as part of “Constant Flow”.

Ellis received his BFA from Cooper Union, New York (1993) and his show history is like a who’s who of the influential – his first solo-exhibition in New York, “Like the Motion of Water,” was presented by Jessica Murray Projects (2002). He has also been selected for solo-exhibitions at Tidal, Osaka and Gas Experiment, Tokyo. Past that, he’s been included in high profile exhibits at Gale Gates, Smack Mellon, Downtown Arts Festival (New York), Mattress Factory (Pittsburgh); and Yerba Buena Center for the Arts (San Francisco), to name but a few on his impressive resume. 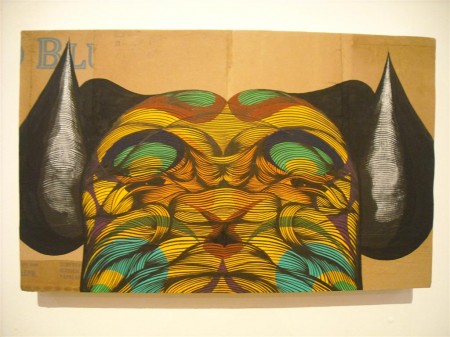 He is also the founder of an artists’ collaborative team called The Barnstormers. If you don’t know of the Barnstormers, they are LEGENDARY and you need to do yourself a favor now and plan to spend about a good hour at their site checking out their ASTOUNDING motion painting films. Life changing in my humble opinion. 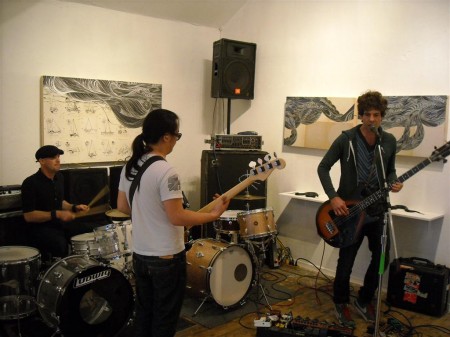 The Holloys were also in the house rockin’ during the opening and started their set as we were leaving to catch some additional shows. Invited by The Breeders to perform at All Tomorrows Parties, and just back from their first European / UK tour after playing a series of sold out shows, the Holloys (1/2) will be stopping by New Image for a special musical performance! 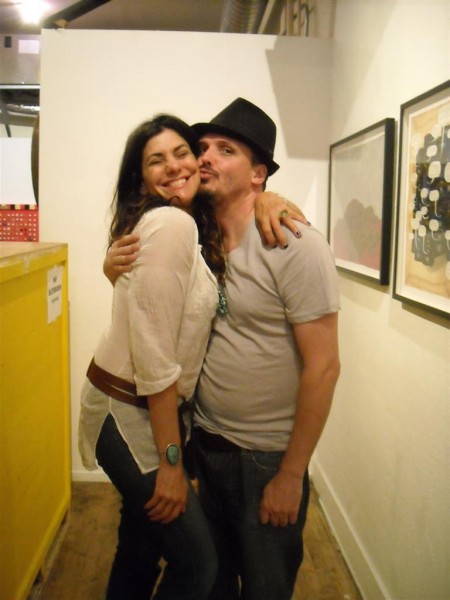 The man of the hour, David Ellis, with gallery owner Marsea Goldberg.

Keep tabs on Ellis via his site here.
For more, check out the gallery’s site here.