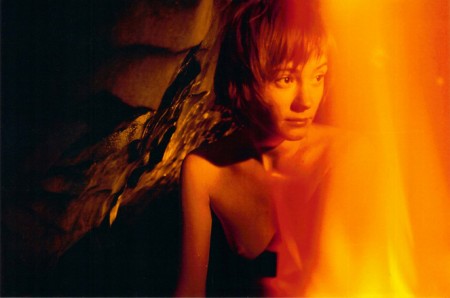 AM is excited to bring you one of the best solo exhibition previews of the summer.Â  Ryan McGinley returns behind the lens with his young models who spurn the annoyances of clothing to explore exotic, unknown, and undiscovered locations.Â  Their voyeuristic adventures were documented and will be shown in September in a highly anticipated show that features 24 brand-new (28 total), never before seen photographs at Alison Jacques Gallery in London.

See the complete set of photographs from the show after the jump. 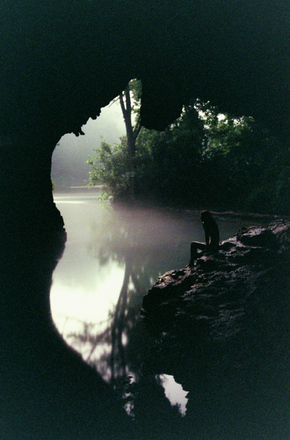 Each summer, for 4 summers now, 3 months at a time, McGinley and friends have traveled across the United States shooting gorgeously candid photographs of their journeys.Â  This time, the crew find themselves in caves, some of which have never been touched, stepped inside, or documented before.Â  Unlike previous expeditions across America, this one was more rigorous, hazardous, and testing, requiring much more patience due to the nature of the limited lighting conditions inside the caves.Â  Unlike the “snapshot” aesthetic of his previous bodies of work, this set features more sophisticated looking scenes that draw the viewer into a deeper sense of introspection.Â  The landscape is now oftentimes just as dominant a focus as the carefree and wondrous youth.

There is a appropriate symmetry to McGinley’s reputation as an artist and his choice of settings.Â  He chose territory that other photographers have never tried.Â  Just as he has discovered the frontier inside these caves, so too is he seen as a pioneer and innovator for his generation.Â  What’s next for him?Â  McGinley grew up skateboarding and making skate videos and it is rumored that he will soon make his feature-film directorial debut. 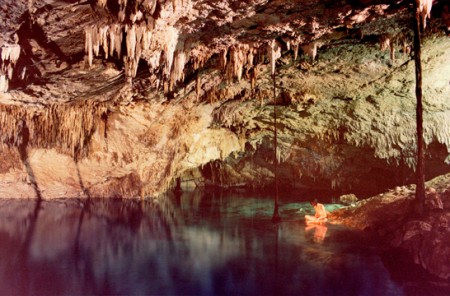 The show opens privately September 10 and to the public September 11.Â  It will run until October 8.Â  More information on the exhibition can be found at the gallery’s site.Â  A book will be published by Morel on occasion of this show.Â  Read more about Ryan McGinley here.

In related news, Ryan McGinley shared his thoughts on the tragic passing of his friend, Dash Snow.Â  See his photographs of Snow and read his tribute here. 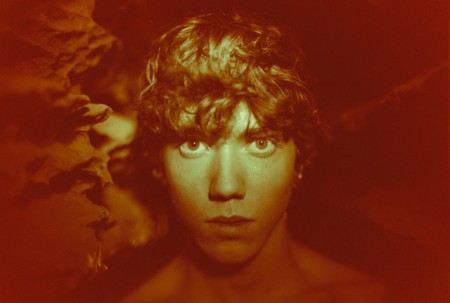 More pieces from the show: