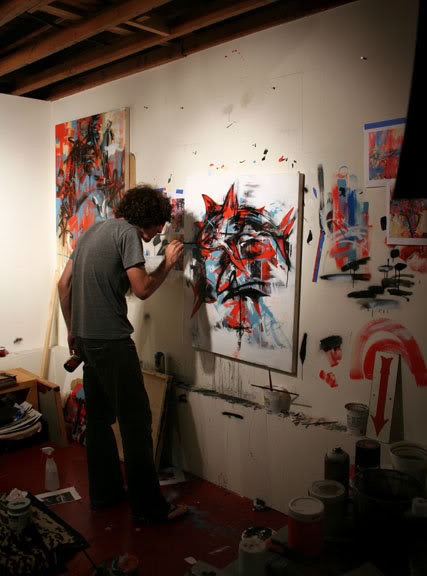 When AM visited Dave Kinsey at his studio a while back, he gave us a heads up on some upcoming projects that he was involved in. One in particular that stood out was a painting he was working on for the upcoming Sea No Evil benefit for the Sea Shepherd Conservation Society (They do Whale Wars). The painting is called “Sustain.”

The auction for the original painting won’t occur until August 29th, butÂ this Thursday, July 30th, the print version of the painting entitled “Sustain: No Fin, No Future” will be released by BLK/MRKT Editions.Â  The proceeds will benefit Pangea Seed in Japan, who have put together the “No Fin, No Future” event to bring awareness to the overwhelming problem of Shark Finning.

As many know, Kinsey’s prints sell out so fast that we’re lucky to even Twitter you when it drops. So, take advantage of the rareÂ heads up andÂ pick up this awesome print. The proceeds will benefit Shark Savers, Shark Water, and Shark Angels.

See the full image after the jump. 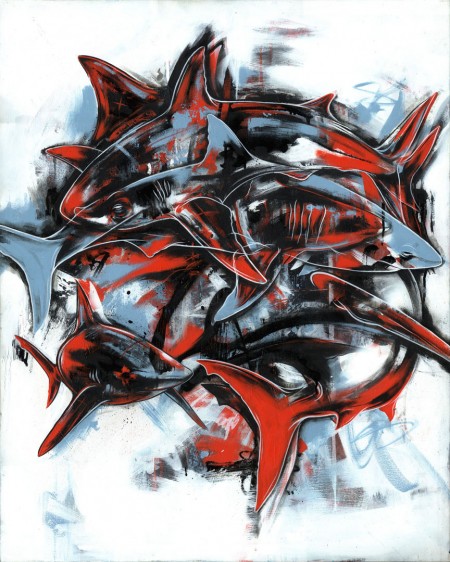