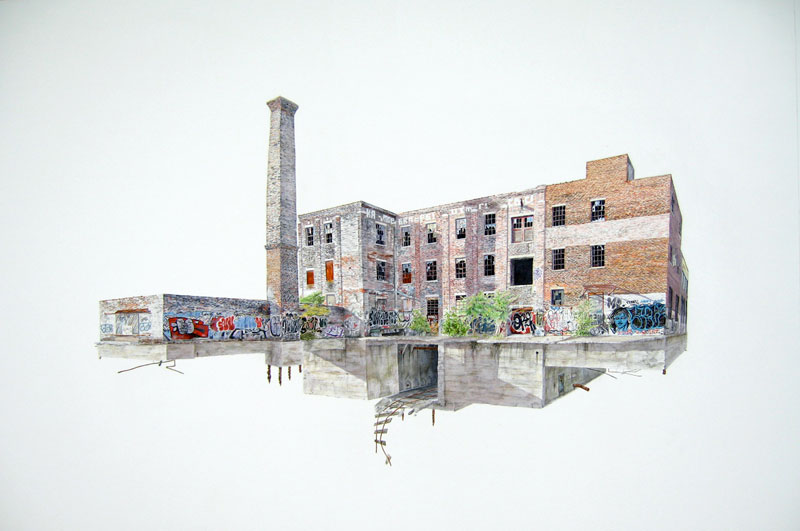 The upcoming summer group show (teased/previewed) at Joshua Liner Gallery is packed with heavyweight artists with whom frequent AM readers will already be familiar, such as Dave Kinsey, Joe Sorren and Greg Simkins (interviewed). However, the show will likely be many people’s introduction to several up-and-coming young artists. One of those whom we are particularly interested in is Canadian painter Tristram Lansdowne. 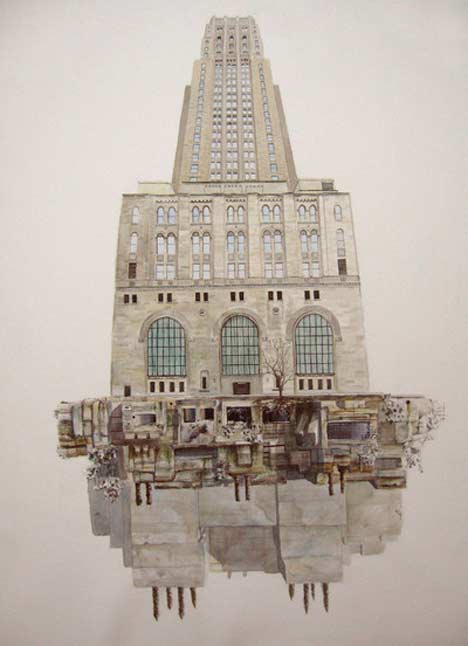 Lansdowne was born in British Columbia in 1983, and received a Bachelor of Fine Arts in painting in 2007 from the Ontario College of Art & Design. For the last few years, he has been living and working in Toronto, and showing at several Canadian galleries. 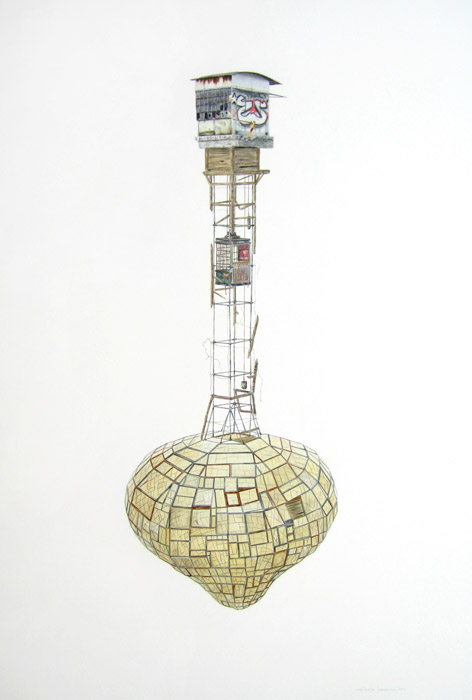 Lansdowne’s medium of choice is watercolor, with which he is particularly adept at creating beautifully realistic images of neglected graffiti-covered buildings and urban landscapes. But his paintings are not all about realism. Instead, he often extrapolates from what one would normally see, by venturing underground to depict a structure’s foundation or by erecting surreal architecture that could only exist in an artist’s mind. In addition, Lansdowne places his images within a sea of white space, allowing the paper to isolate his creations, further removing them from reality. 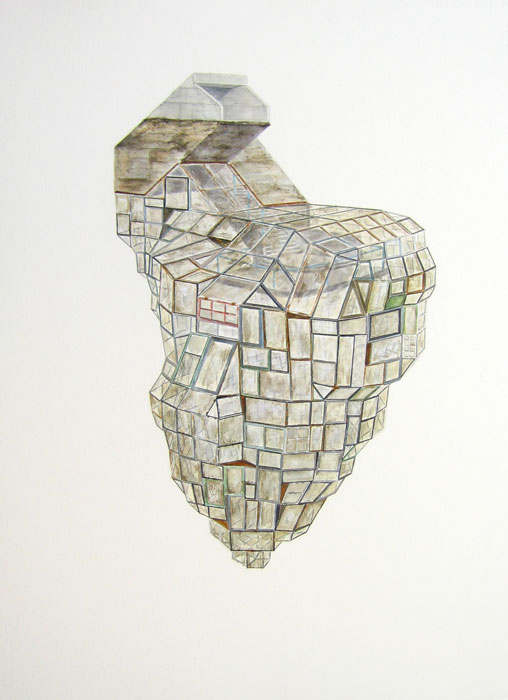 We’re excited to finally get to see Lansdowne’s subtle colors and impressive technique in person when Liner’s summer group show opens this Saturday. And, we’re already looking forward to seeing even more of his work, as Liner has a solo with the artist scheduled for the winter.