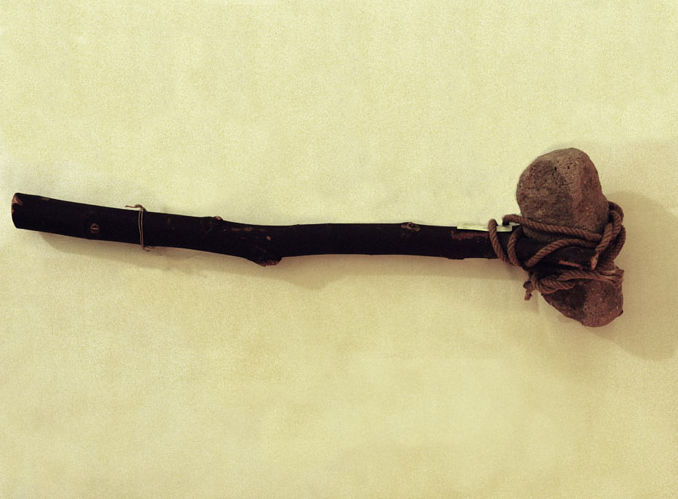 AM recently came across two series of photographs that we thought would go well together, both of which reference issues of “Crime & Punishment.”Â  The first photographer is Simon Menner and his series entitled simply “Murder Weapons.”Â  He was interested in how some of these ordinary items along with the requisite guns and knives changed as soon as the viewer realized they were used to kill.Â  There were some unexpected weapons as well like from this “caveman” murderer.

The second set of photos is from James Reynolds and entitled “Last Suppers.”Â  He basically recreated former Death Row prisoners’ requests for their last meal before execution.Â  We don’t know about you, but we wouldn’t be choosing a raw onion, gum and a couple cokes if it was us but then again, who knows the state of mind these people are in when they make the request.

See more weapon and meal choices after the jump…

Via The Jailbreak & Animal.