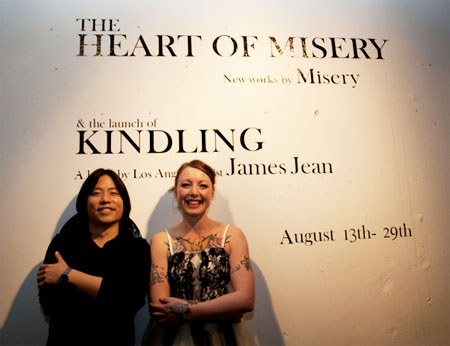 There was a special event for the launch of James Jeanâ€™s (interviewed) book “Kindling” in New Zealand earlier this month in conjunction with his participation at Semi-Permanent, the mega design conference – consisting of a presentations, exhibitions, competitions, workshops and parties. If you remember, we covered Ian Francis’ show at Sydney’s Semi-Permanent earlier this year.

The signing/release event was held at Plaything Gallery and also featured works from Auckland based street artist Misery. More photos and video after the jump…