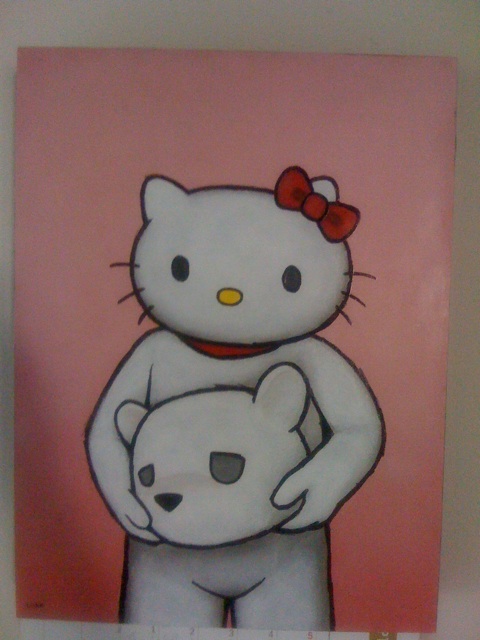 We have tried to avoid posting about this show for a while now, but glimpses of new work pouring into the AM office forced our hand. Yes, Hello Kitty’s 35th Anniversary is upon us (what, you didn’t know?) and SANRIO has enlisted a pretty nice list of artists to help them celebrate including Gary Baseman (featured), Ron English (featured), Buff Monster (featured), Camilla dâ€™Errico, Luke Chueh (interviewed), Deph, Yosuke Ueno, Colin Christian, Amanda Visell, Jeremyville, Melissa Haslam (interviewed), Hush (interviewed) just to name a few.

“Three Apples” (the title of the show and also the official weight of Hello Kitty – what, you didn’t know?) will take place at Royal/T in Culver City on October 23rd. Not only will there be an art show (a portion of the proceeds from the sale of the art will go to community-based charities), fans will also be able to eat Hello Kitty themed food at the maid cafe, participate in Hello Kitty arts and crafts, check out Hello Kitty’s “apartment” and see long sold out products all the way back from 1974.Â  Check out all the details of all the additional events here. 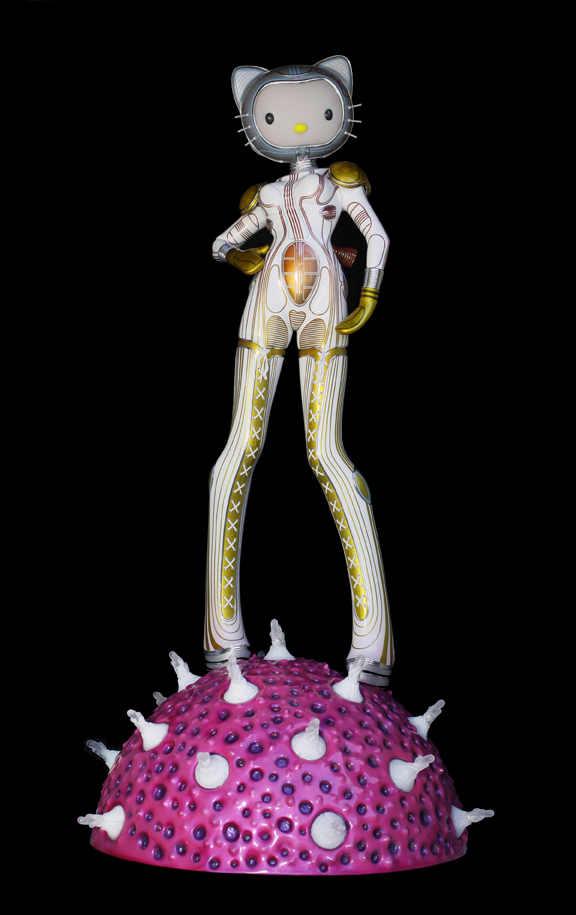 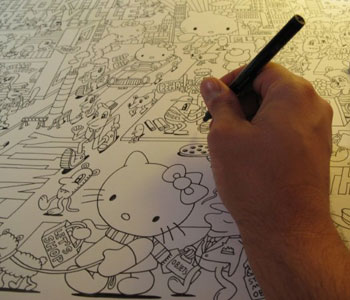 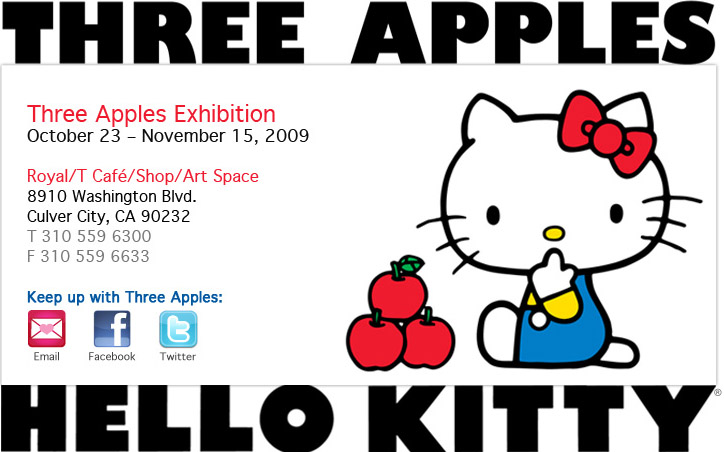