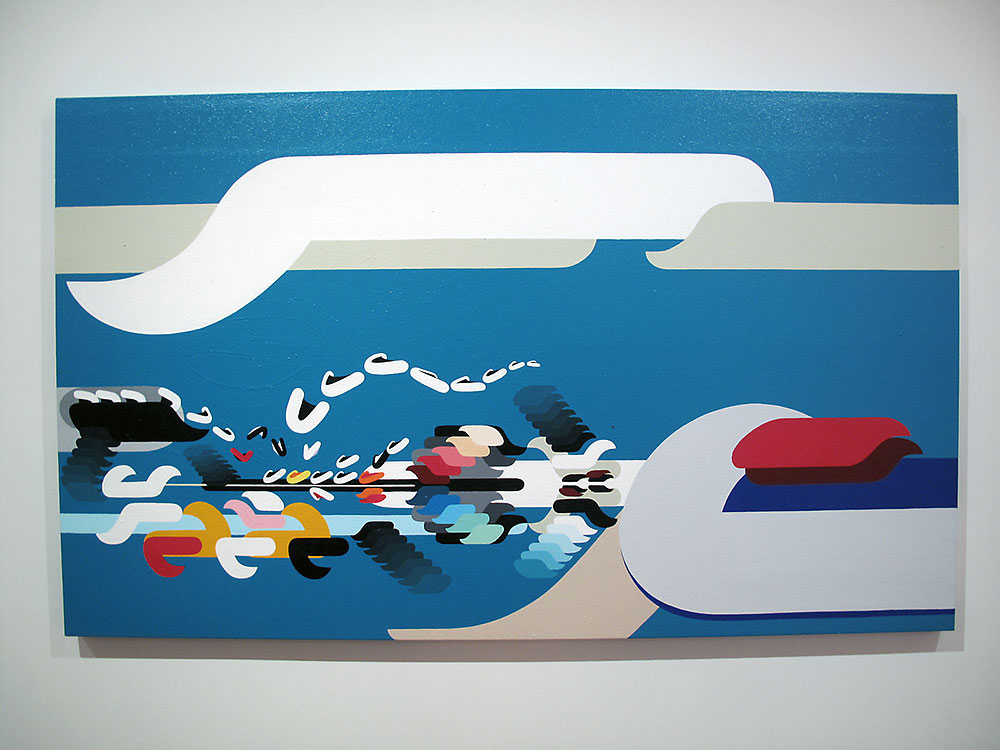 Saturday night, the Joshua Liner Gallery played host to the openings of two striking solo shows. In the front gallery, Kenji Hirata presented “The Way Out Is The Way In,” a bold collection of modern abstract paintings on canvas and paper. Hirata superimposes bright opaque colors within flat color fields, which brings to mind minimalist or hard-edged painters of the mid-20th century. At the same time, his organic forms and use of subtle gradients creates motion and energy often lacking in such modern works.

In the second gallery was Ryan McLennan’s debut exhibition with Joshua Liner entitled “The Strain Of Inheritance.” McLennan is a naturalist painter in the American tradition; however, where works of previous eras may have portrayed nature in its unspoiled majesty and glory, McLennan’s paintings allude to the current time of climate change and global warming with compositions of elk, deer and other animals struggling within and against a barren and dying environment.

See images from both shows, after the jump.