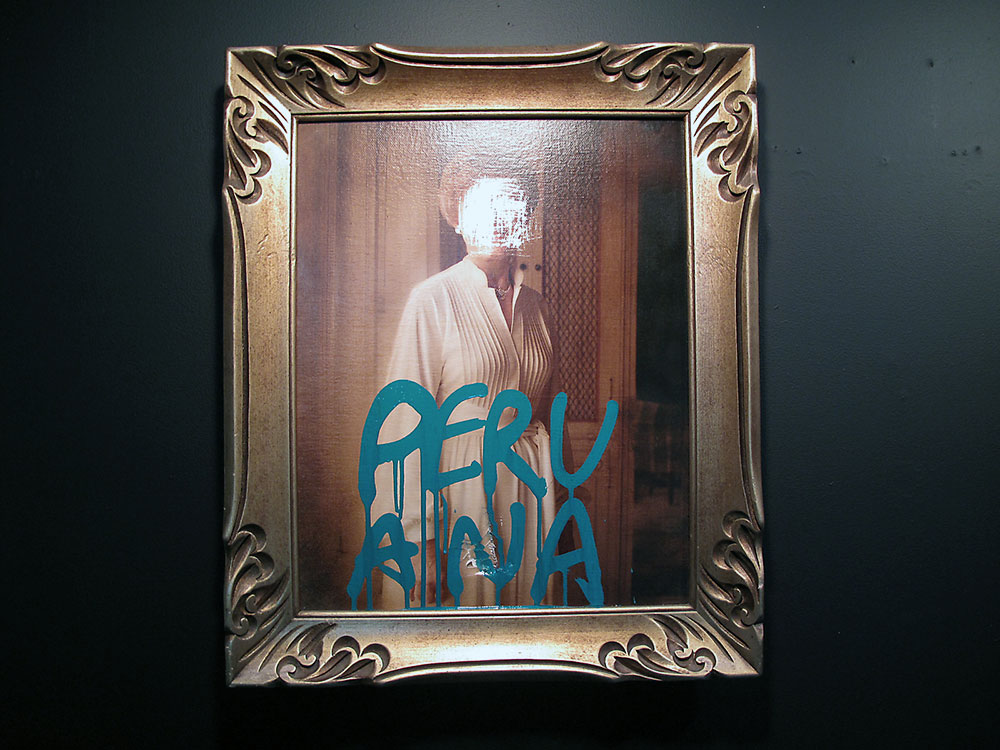 AM was invited to Bed Stuy’s Brooklynite Gallery this weekend to witness Peru Ana Ana Peru putting the finishing touches on their gallery debut “…And Then We Jumped Into the Abyss of Numbers.” Up until now, the enigmatic duo have mostly been known for their cryptic eponymous tags found throughout Brooklyn. With this exhibition, however, PAAP show that their art goes beyond merely a puzzling name. It turns out that the pair are film-makers, who were enticed in recent years by New York’s street art scene. “…And Then We Jumped” finds them returning to their primary medium, incorporating video into several of their mixed media works. The result is a colorful and wild combination that falls somewhere in the intersection of absurdism, graffiti and psychedelia.

The show runs until November 14th, so check it out if you get the chance. In the meantime, view images after the jump.