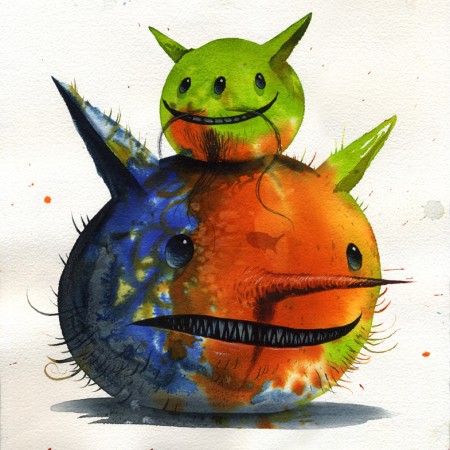 Next Monday, Oct. 26th will be a good day for Jeff Soto fans as the Inland Empire artist will be releasing a total of four new giclee prints through his online store, Potato Stamp.Â  The first three, appropriately entitled “The Three Friends”, come as a set and recreate three of the watercolor pieces he showed RVCA’s “Whammy!” show (covered).Â  The set will sell for $120 with all three prints measuring in at 10″ X 10,” edition of 100.

The second release, “Nature’s Splendor”, is a true to size giclee of his painting of the same name, which we last saw at his recent StolenSpace show (covered).Â  As many Soto fans will already know, “Nature’s Splendor” is a companion piece to the sold out “Nature’s Wrath”.Â  Jeff has offered first dibs of this print to those who purchased the “Nature’s Wrath” giclee, and with half of the release already spoken for, expect this to sell fast.Â  “Nature’s Splendor measures in at 12″ X 12”, comes in an edition of 50 and will retail for $125.

Look for more coverage of Jeff’s work at the upcoming Giant Robot Biennale as well as the upcoming festivities at Art Basel Miami, for now, check out the pictures of all four prints in their natural splendor after the jump. 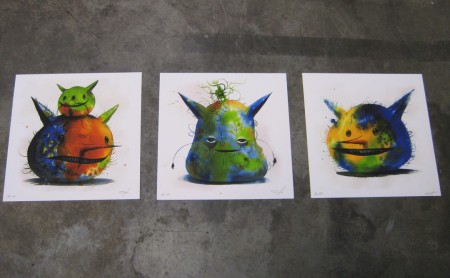 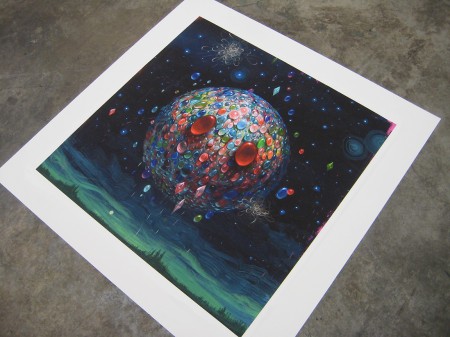