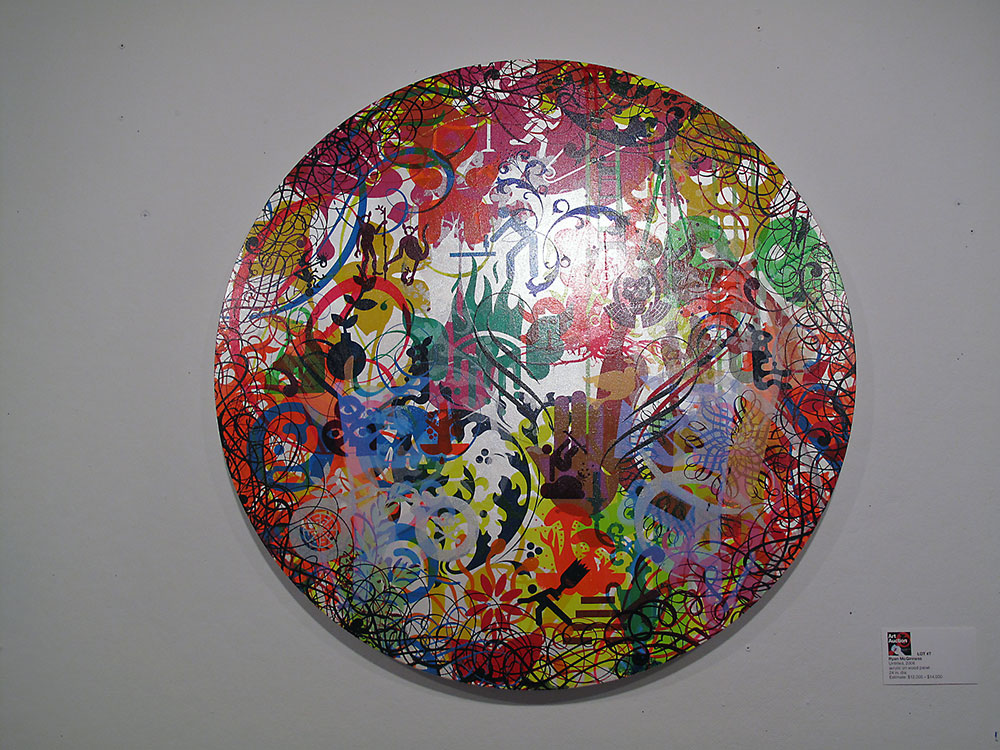 On Friday, AM had the pleasure of attending one of Ryan McGinness‘ exclusive 50 Parties events held at his SOHO studio. Given that all the major New York auction houses had held their fall sales during the week, it was appropriate that McGinness’ party that night was itself an auction – but one in which the artists themselves were the sellers, with no auction house taking a commission.

Sixteen works were on the block, including pieces by David Ellis, Jose Parla, Cheryl Dunn, Todd “REAS” James, Romon “Rostarr” Yang, and of course Ryan McGinness. Although the evening’s host was in Amsterdam, he joined the festivities via webcam, interacting with guests and bidding on a few select pieces. 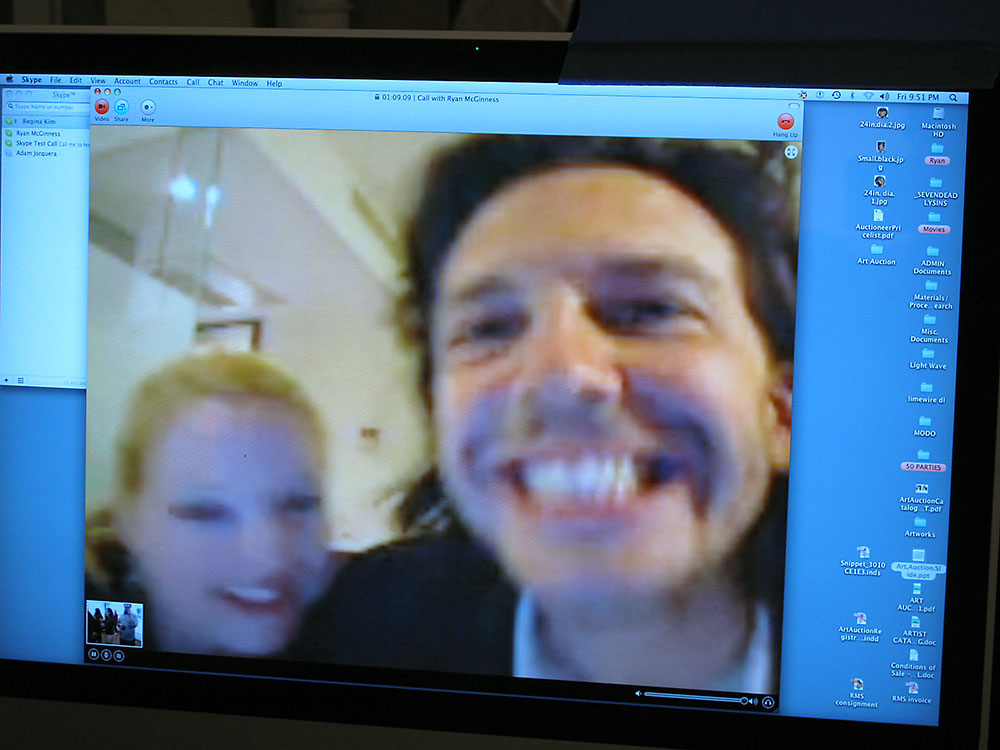 The proceedings were handled by Christies post-war/contemporary specialist Sara Friedlander, and with most art works being estimated below their retail prices, she had little problem finding bidders and buyers for the lots. Among the guests were artists Jose Parla, Romon Yang, Tomokazu Matsuyama and WK Interact, as well as Marc and Sara Schiller of Wooster Collective. 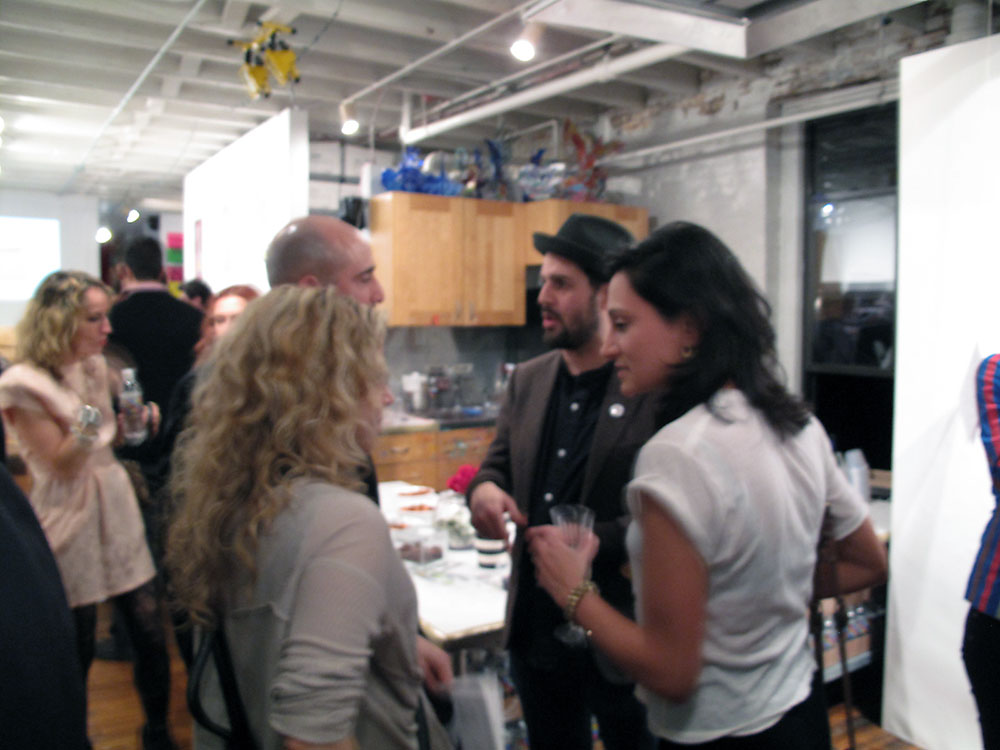