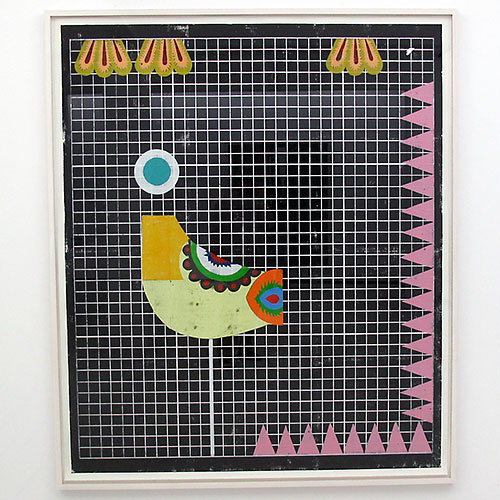 AM was in Athens, Greece, and stopped into The Breeder to check out the latest show by Romanian-born twins Gert and Uwe Tobias. We first became aware of the brothers a few years back after happening upon a show of theirs at a gallery in Los Angeles’ Chinatown, where we were instantly taken by their dark yet playful works on paper. Since then, they have done quite well to say the least, exhibiting at MoMA, as well as at prestigious galleries around the world.

For their current show, Gert and Uwe have created a stunning new collection of their large-scale woodcut prints for which they are known. The works feature their stylistic combination of modern abstraction and European folk art. 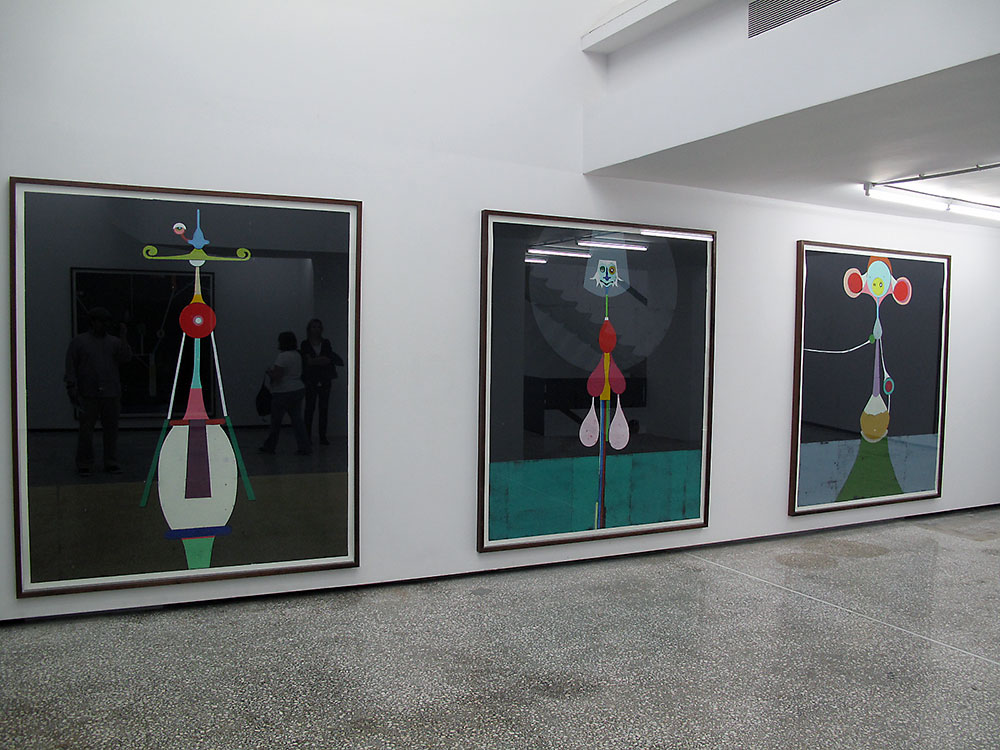 And never having been to The Breeder before, we were lucky that the gallery’s director graciously offered to give us a tour of the magnificent space and show us works by some of the other represented artists. Among them, two young Greek artists caught our eye. 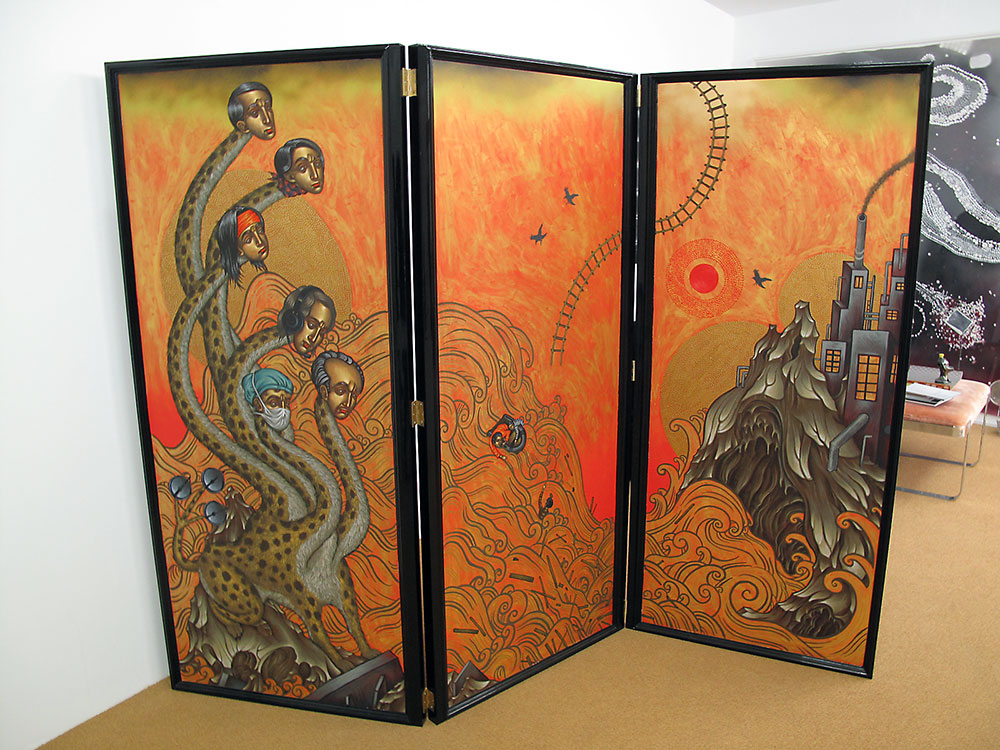 Stelios Faitakis creates beautiful mixed media works that combine his background as a street artist with Byzantine religious style and imagery. The result is a striking mix of old and new. We were particularly excited to hear that Faitakis is going to be one of the artists creating murals as part of the Deitch-produced Wynwood Walls project (teased) coinciding with Art Basel Miami 09. And hearing that he had gone to Miami weeks beforehand to get started, we can’t wait to see what he comes up with. 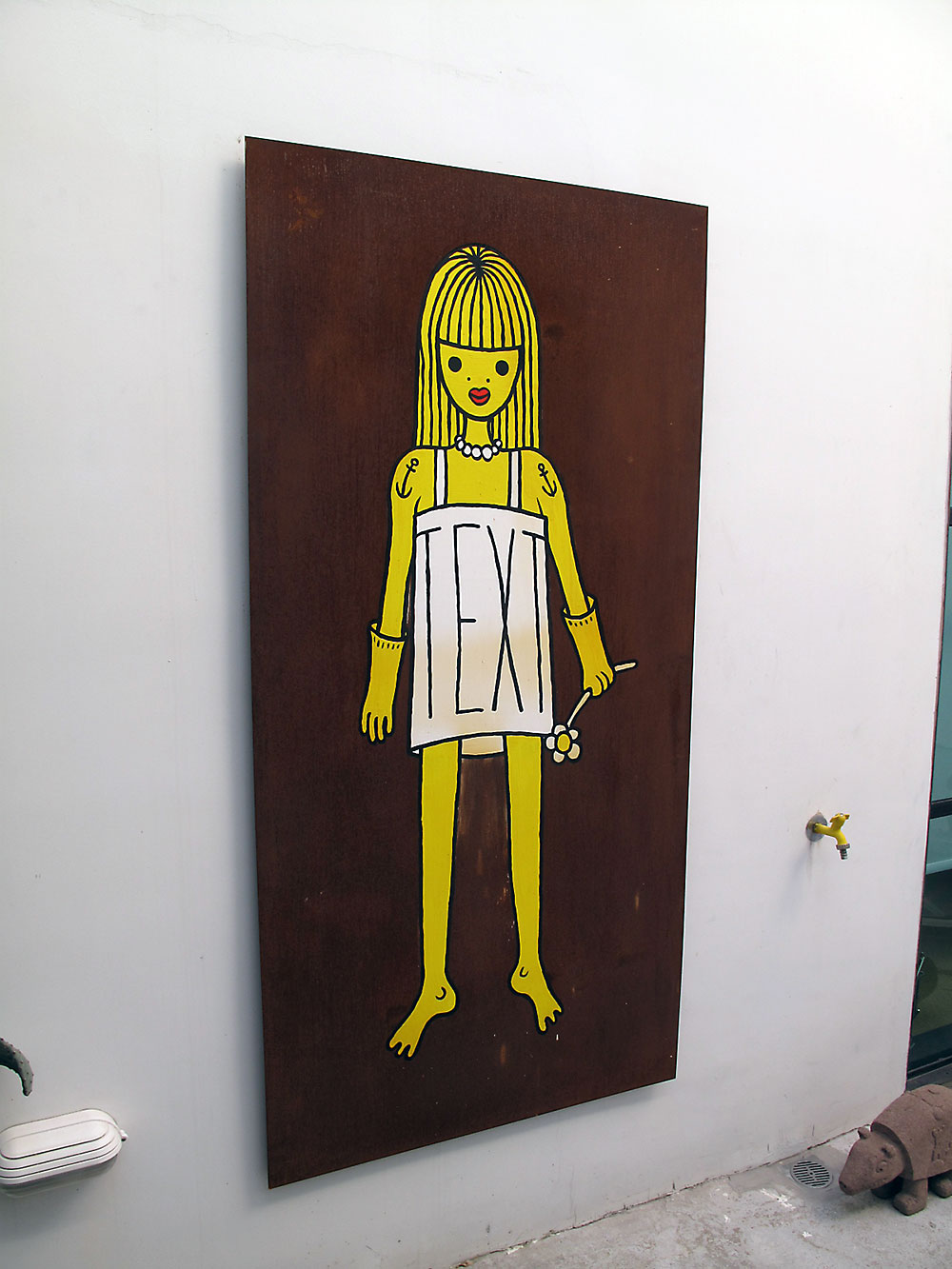 We were also struck by the work of the street artist known only as b. b. works almost exclusively in yellow and black (perhaps something to do with “bee”), creating cutesy figures often sporting classic anchor tattoos. After being introduced to his work, we were happy to be able to recognize a piece on the street, where apparently his art can be found all around Athens. 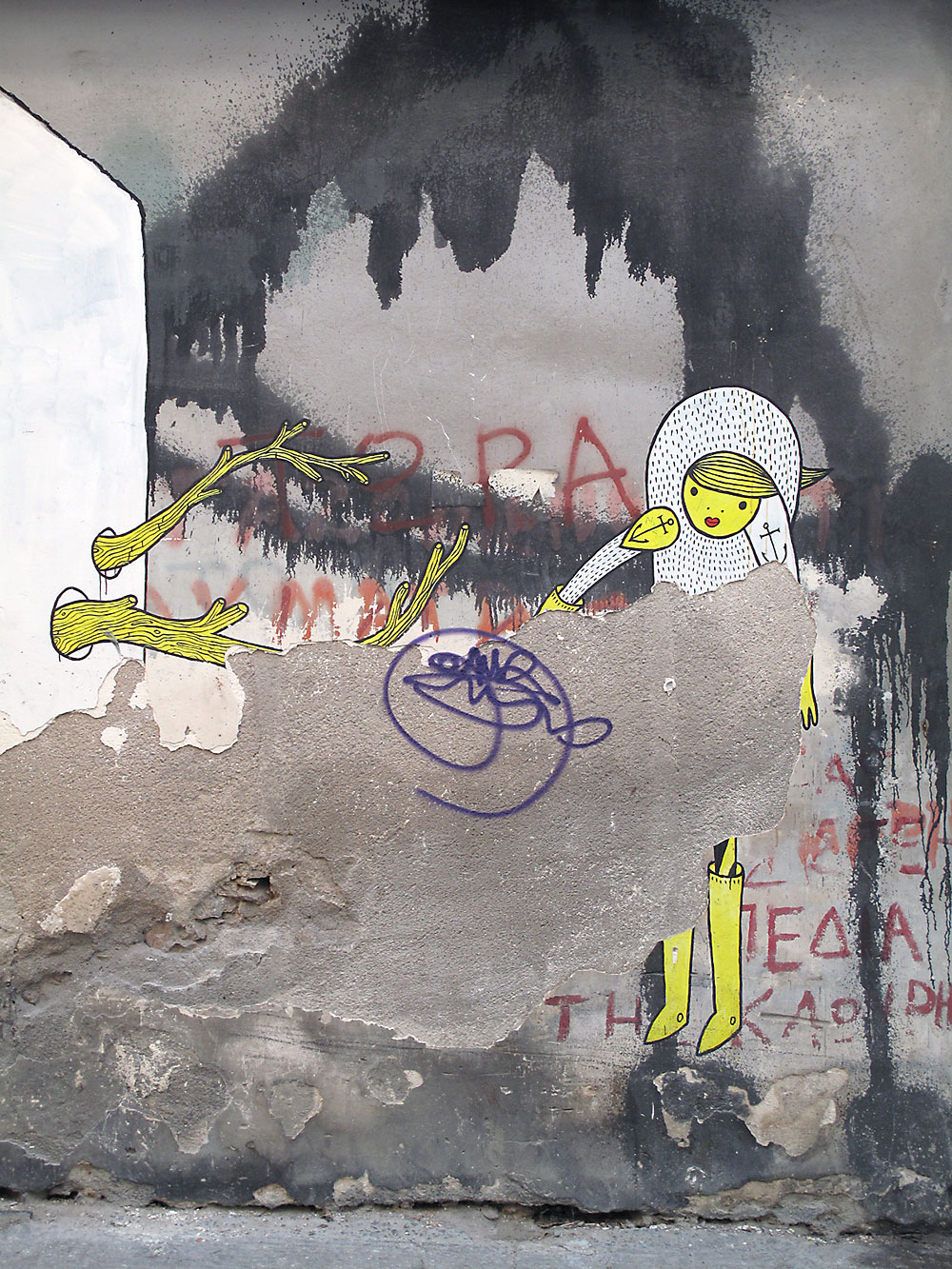