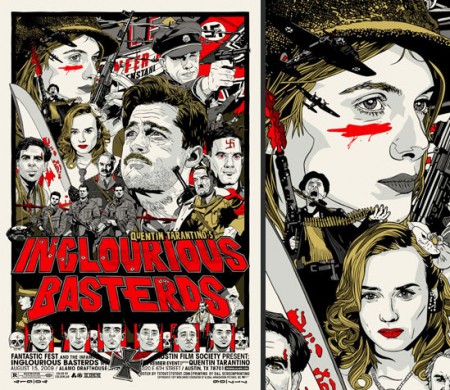 Acclaimed poster artist, Tyler Stout, has quietly dropped the few remaining copies of his “Inglourious Basterds” print.  The 24″x36″ six color screenprint was originally released for the VIP opening of the film at the renowned Alamo Drafthouse, which interestingly enough, featured Quintin Tarantino in attendance.  In an effort to raise some funds, Stout has decided to sell his personal stash, including the much sought after variant edition as well as his Artist Proofs.  All four editions are available now in limited quantities through his online store.

Check out the cream and metallic variant after the jump. 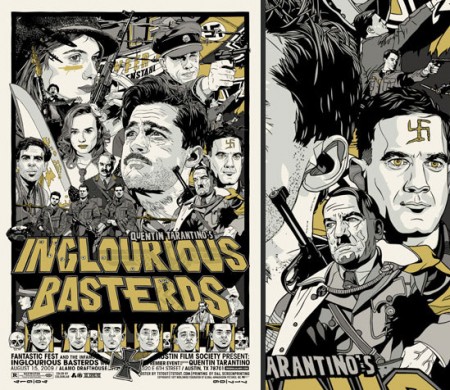