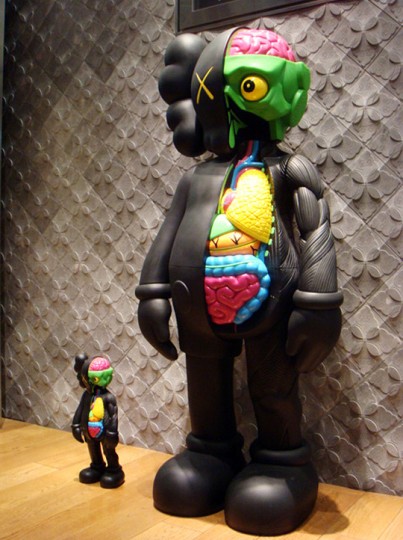 For KAWS collectors who follow the elusive and highly coveted 4 foot companion series, (here & here) it’s been a forgone conclusion that the final 4ft black dissected companion would be released. The real question was when? Well, it’s just been confirmed that the final dissected companion (black) of the 4 foot series will be released December 19th at the Original Fake Tokyo flagship store. Check out more after the jump.