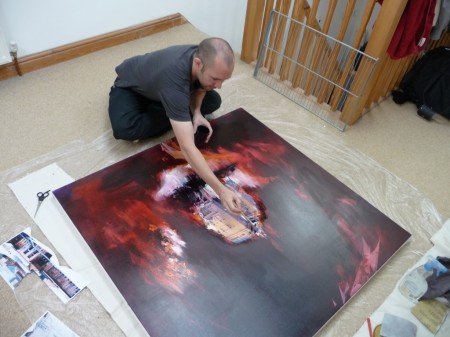 Earlier this year, AM visited the UK to hang with the talented Ian Francis in his Bristol studio. The groundbreaking artist has long been a favorite and it was especially rewarding to get an insider’s view of Ian’s workspace. A man of many techniques, Ian is known for his beautiful compositions in which he blends colorful abstracts with laser precise details, creating dreamy masterpieces that resonate with fans around the world. Many of his powerful creations often utilize hand painted characters, so intricately drawn and realistic that it is often confused with photo transfer. But, in observing Ian in action and flipping through his sketches and doodles, we realized how he came to hone his photo-realistic skills. (More on that later).

As seen in our visit, Ian is not a stranger to larger mediums. We observed several promising works in progress as Ian multi-tasked between prepping, drawing and painting different canvases located on different floors of his studio space. Known for his passion to the craft, Ian was ironically, “taking it easy” with this latest series of works as he was experimenting and taking a well deserved break since his then recently sold-out show with Kinsey DesForges in Australia (covered).

Take a peek inside Ian’s world after the jump… 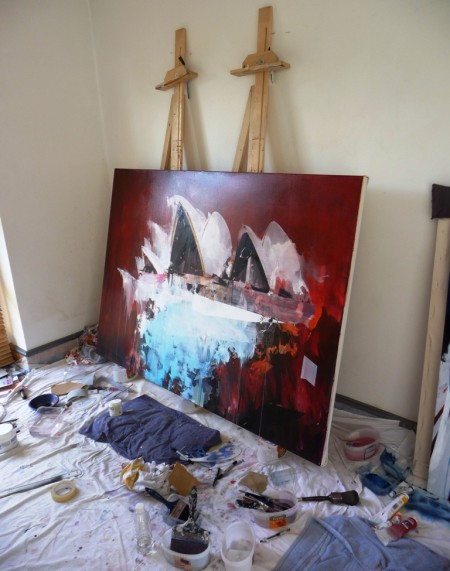 A piece inspired by the Sydney Opera House. 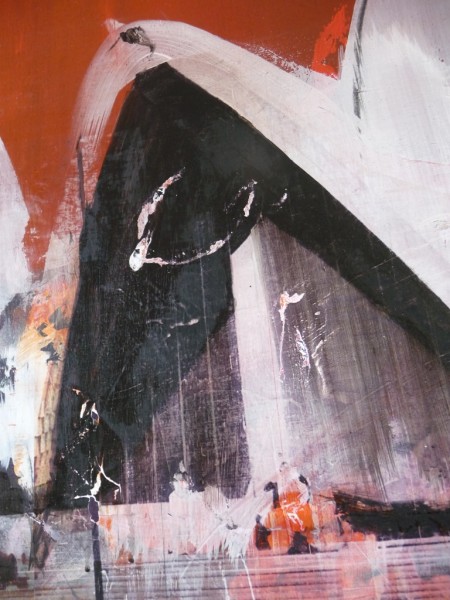 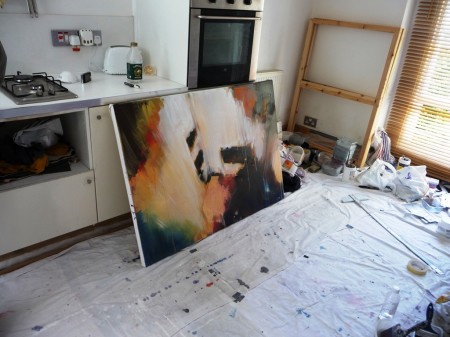 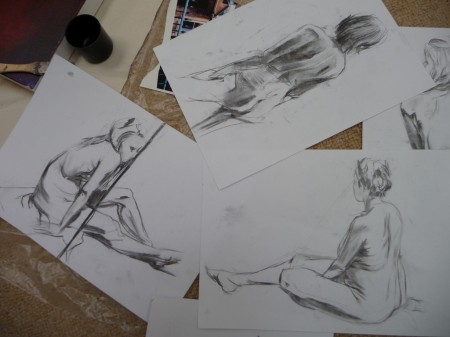 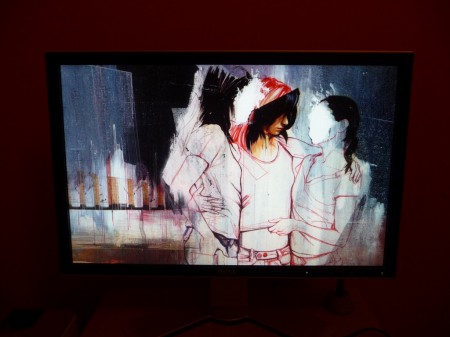 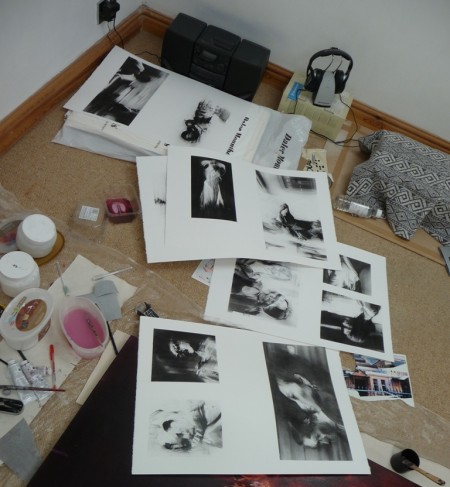 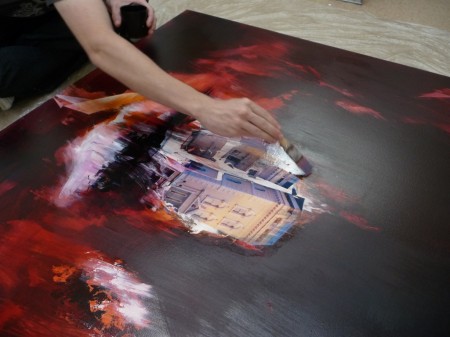 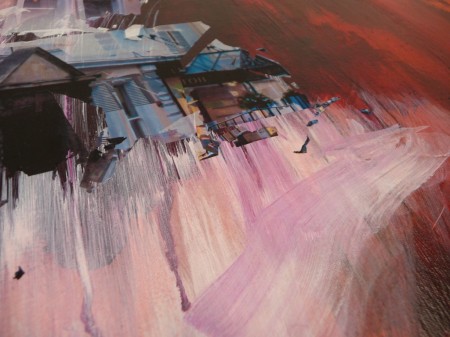 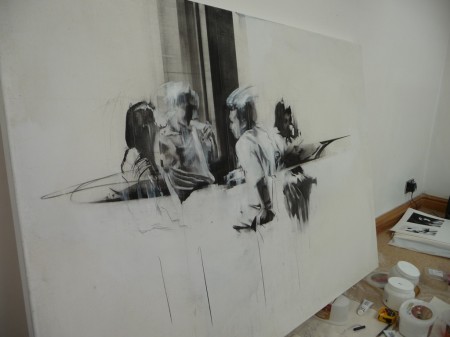 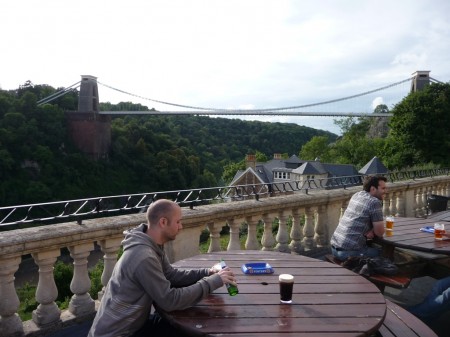 At a pub around the corner. It is not hard to find inspiration in Bristol... 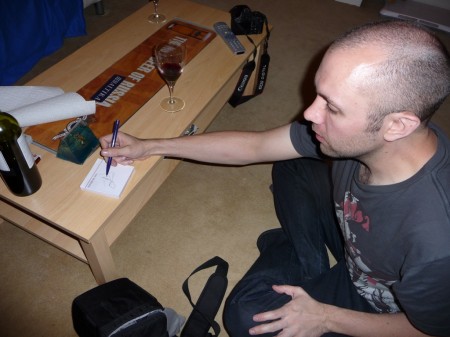 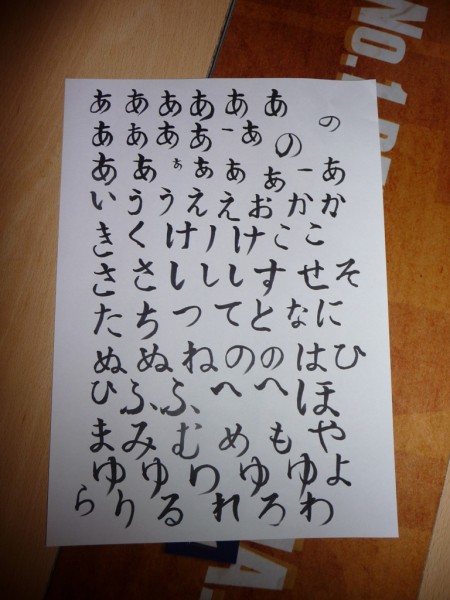 Apparently Ian writes as well as he draws 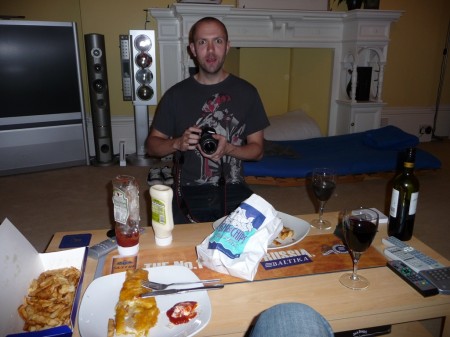 Ian treated us to our first Fish & Chips in the UK!

A piece inspired by the Sydney Opera House.

At a pub around the corner. It is hard not to be inspired in Bristol…

Ian treated us to our first Fish & Chips in the UK!

Apparently Ian writes as well as he draws