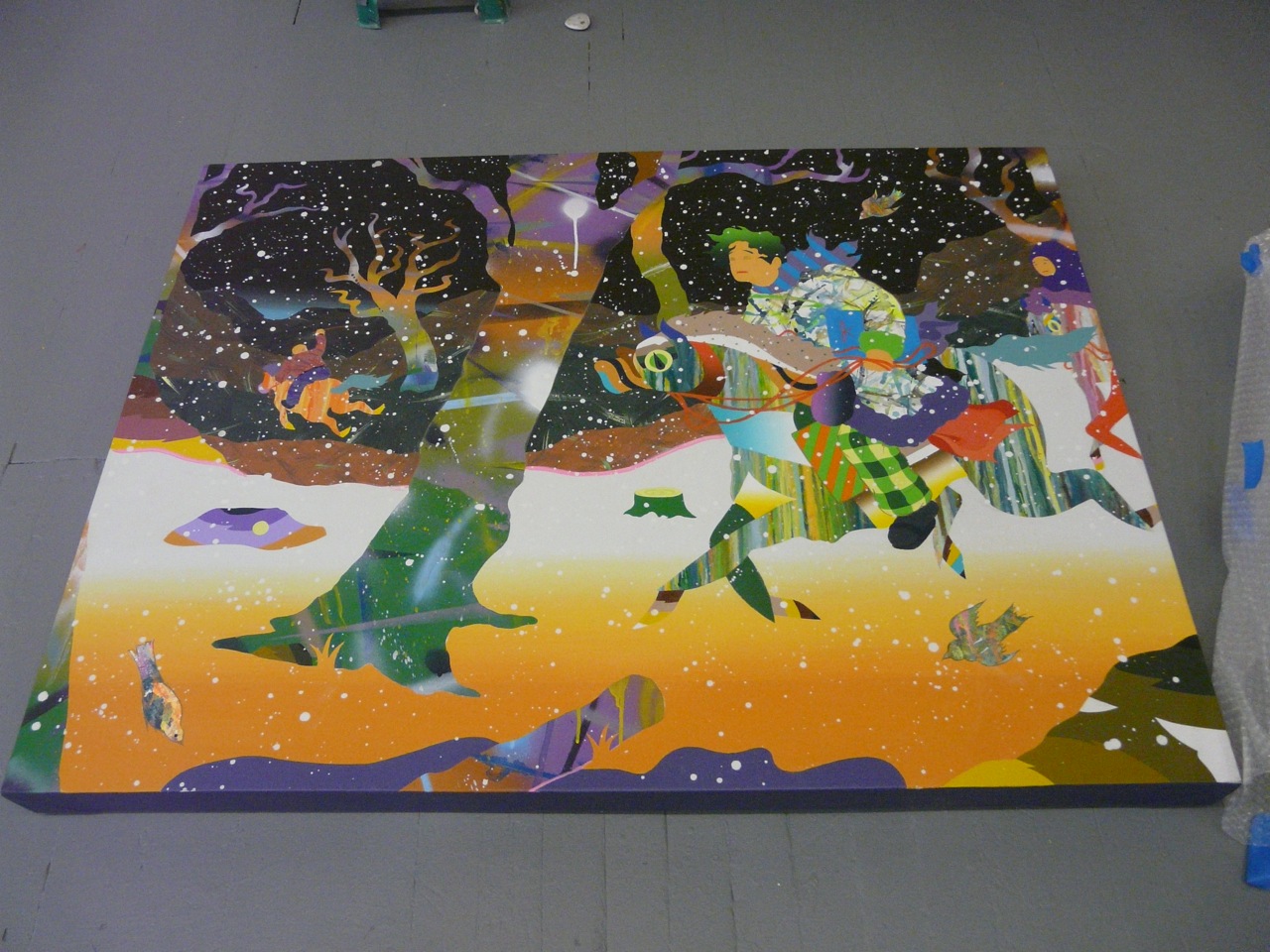 AM met up recently with Tomokazu Matsuyama (interviewed) at his studio to catch up and to take a look at his new body of work. While we were there, he showed us a couple pieces he completed for an upcoming group show at Joshua Liner Gallery, including this fantastic piece seen above.

The “Further Group Show” will be one of the first group shows in New York of the year, opening on January 9th. Along with Matzu, the lineup includes Damon Soule, David Choong Lee, Mars-1, Nome Edonna, Oliver Vernon, and Robert Hardgrove – a nice way to start out 2010.