We’ve put together a little roundup of recent Banksy news that will hopefully tie up some loose ends.  In the video above, you will see a message from Mr. B – read to the audience before the screening of his documentary “Exit Through the Gift Shop” at the Sundance Film Festival. We wish we could have been there, but there are a couple reviews out so far (here & here).  Also, for lucky fans in the UK, it looks like there are already some tickets available.

As we reported previously, while in Utah, the elusive street artist was able to put up multiple stencils.  Well, there is another piece that was missed in the initial survey (seen after the jump) that might shed some light on why we haven’t been able to locate Osama Bin Laden.

Lastly, Robbo (interviewed here) and his crew continues their assault on the Banksy Camden stencils, with the last two making snide references to Banksy’s emulation of Blek Le Rat (although to be fair, Banksy has far surpassed him in popularity) and changing his global warming message to something alluding to the war between the Bristol Bomber and Robbo (he needs to learn to spell).

Take a look for yourself after the jump. 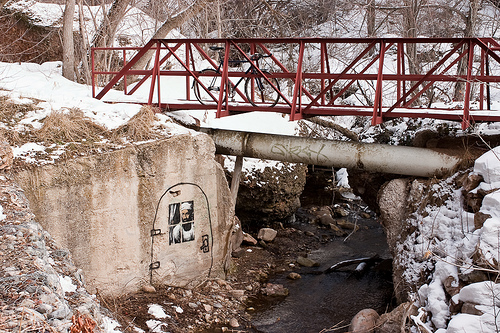 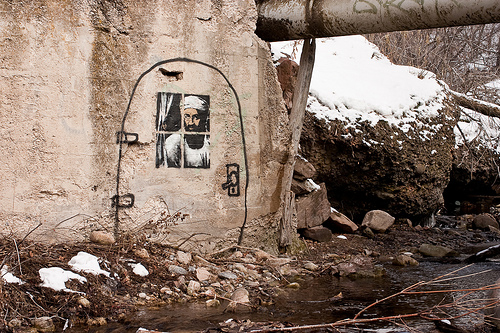 Compare the stencils below to the originals. 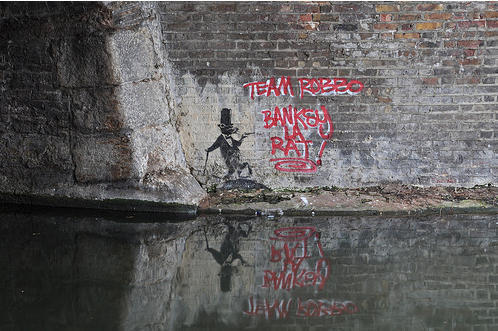 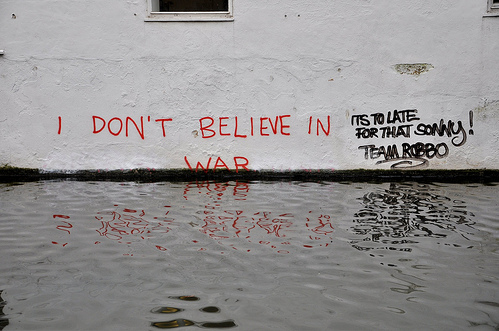