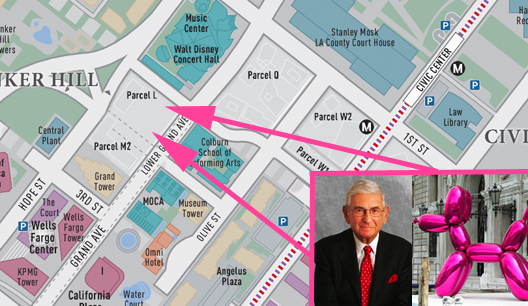 It appears Los Angeles has now added themselves to the mix (joining Santa Monica and Beverly Hills) for possible locations of Eli Broad’s planned art museum. If you remember, one of the goals of Deitch after being named the director of MOCA was to convince Broad, one of his biggest supporters to keep his major contemporary art collection in LA. Howeever, one has to wonder why Broad, who has donated millions to LACMA and MOCA, would not just add his collection to those major institutions instead.

The lot in question is on lower Grand Avenue, right next to Redcat. There’s no doubt that it would make for a pretty awesome downtown with Walt Disney Hall, MOCA, and planned Frank Gerhy-tower designed hotel, housing, and retail development all on the same street.

A closer look after the jump.. 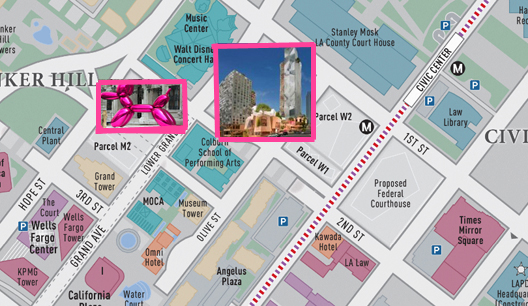 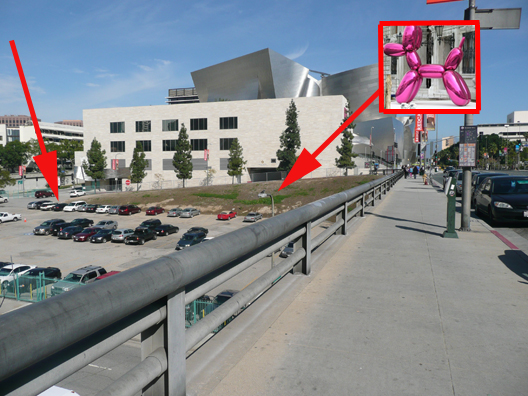 Via Curbed through Hyde or Die.