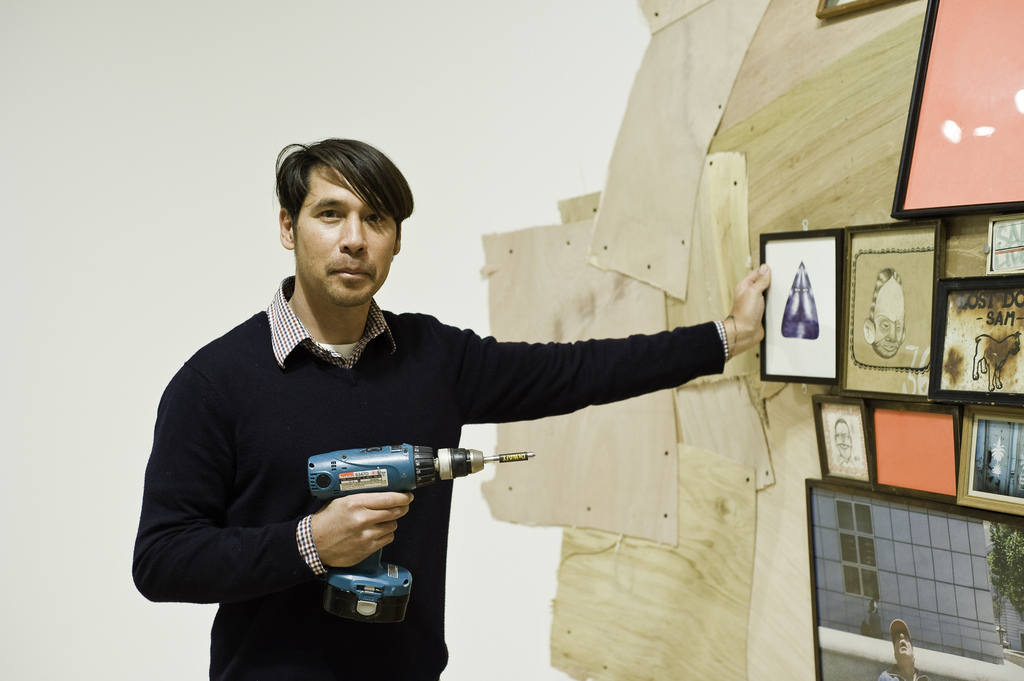 We recently took you to Mike Shine’s studio where he was getting ready for this weekend’s show at SFMOMA, but he’s not the only artist who was working on an exhibition there. Barry McGee was also installing some works in preparation for the 75th anniversary show at SFMOMA, where they have championed Mission School artists like Mr. Twist over the years.  Other artists featured include Bruce Conner, Jay DeFeo, Frida Kahlo, Jeff Koons, Sherrie Levine, Mike Mandel, Larry Sultan, Jackson Pollock, Leslie Shows and more.

Take a look at more install shots after the jump…