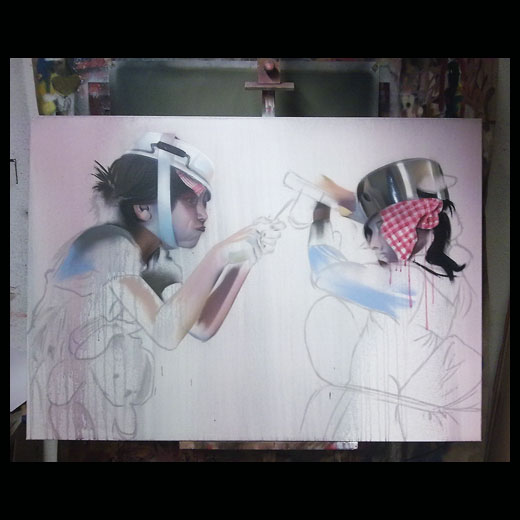 Andreas von Chrzanowski (aka Case) is fast becoming recognized as one of the most significant young artists with a background in street and graffiti to cross over into the contemporary fine art world. His position will continue to rise with the opening of his next show entitled “Never odd or eveN” on February 18th at Signal Gallery in London (teased). This is an important show for von Chrzanowski (better known as case when painting with Ma’Claim), as it is his debut UK solo and will showcase a brand new body of work inspired by the themes, characters, concepts in the classic Lewis Carroll novel, Through The Looking Glass. From the palindromic nature of the title (simply reading it is like gazing into a mirror) to the world he has created that is different yet not unlike ours but shrouded in intrigue and dark humor, we see ourselves reflected back in his paintings.

As he did for his works in The LA case, his debut US solo at Carmichael Gallery last October, each of von Chrzanowski’s paintings begins with an elaborate photo shoot set up by the artist himself. Using these proofs, he creates the harrowingly beautiful and hauntingly precise characters along with narrative scenes for which he is celebrated. Catch a exclusive glimpse of one of these photo shoots after the jump. 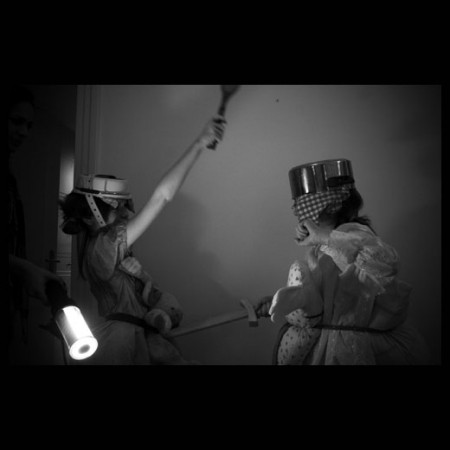 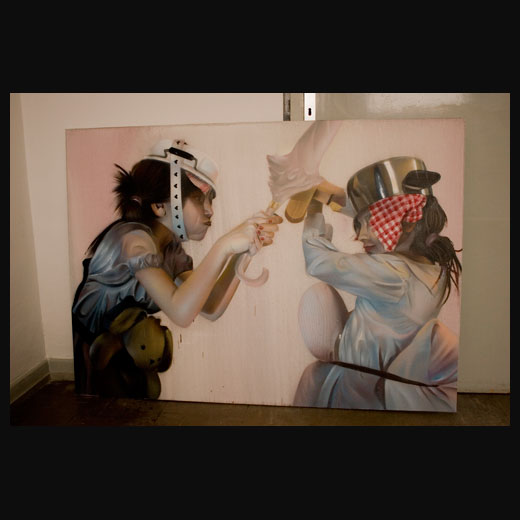