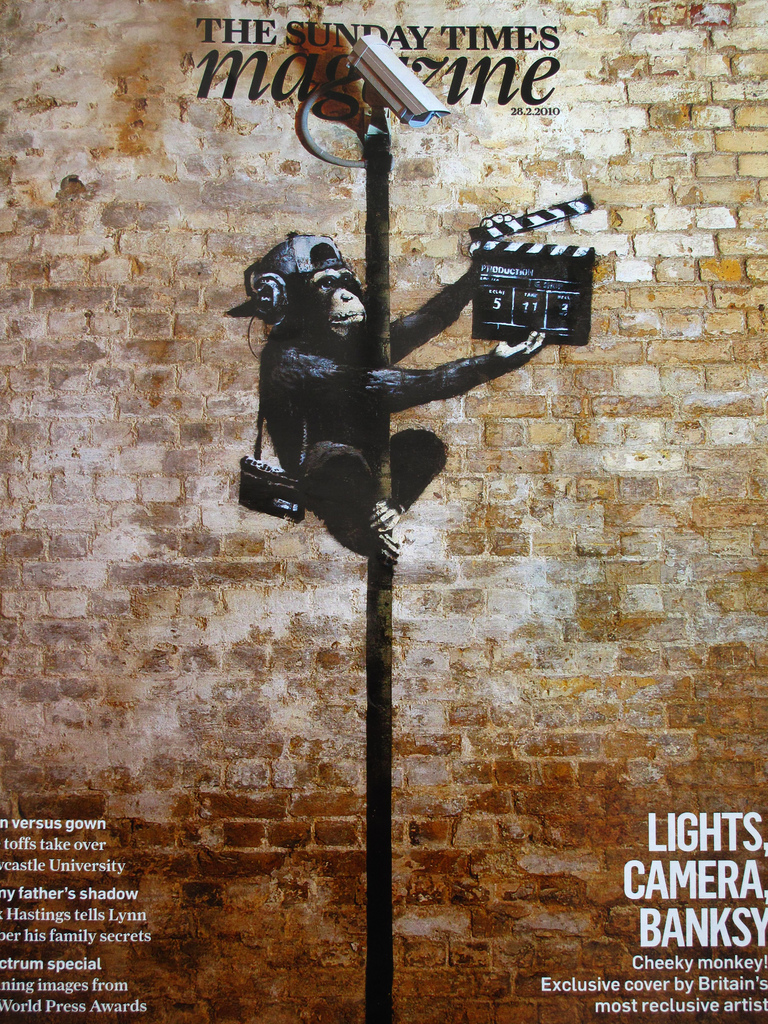 Readers of the The Sunday Times in the UK were greeted with a six-page spread on Banksy including a question and answer session with the stealthy street artist. The interview ended up being quite insightful despite the fact that he talks in his usual tongue-in-cheek manner about museums, CCTV, his reasons for anonymity, his hypocrisy, his family, his art background, his collection, and sure to disappoint fans everywhere, he says – “I won’t be doing any more big gallery shows for a while, it’s all a bit dodgy. I’ve come into contact with a lot more villains since I moved from vandalism into selling paintings. The art world is full of shady people peddling bright colours.” It’s perhaps this distrust of the art world that led to the way his film “Exit Through the Gift Shop” turned out and also to the creation Pest Control, an entity that still refuses to authenticate his artwork that is taken off the streets by speculators.

Also, Mr. B created an exclusive image for the publication that graced the cover (seen above).  And perhaps because of the history of the media being fooled by impersonators, Banksy created a video to prove that it was indeed him.  See him stenciling up the piece here.