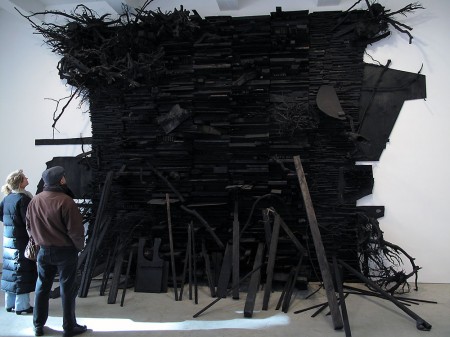 New York City is currently digging out from yet another snowstorm. But last weekend, the weather in New York was beautiful, and luckily, we took advantage of the brief window of sun to spend the day strolling around Chelsea popping in and out of art galleries. And even more luckily, we saw lots of amazing art – so much so that it was too much to talk about in just one post.

So, enjoy part 1 of our virtual Chelsea stroll today, and check back tomorrow for part 2. 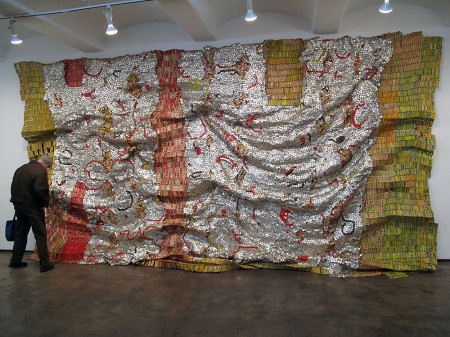 We started on 20th street at Jack Shainman Gallery for the new exhibition of Ghanian artist El Anatsui. One of the most well-known and acclaimed contemporary African artists, Anatsui makes breathtaking tapestry-like sculptures from bottle caps, which appear rigid like metal but at same time seem to flow like fabric. The colors – silver, gold, red and black – and the quality of the work transform and elevate the discarded everyday materials into something luxurious and opulent. 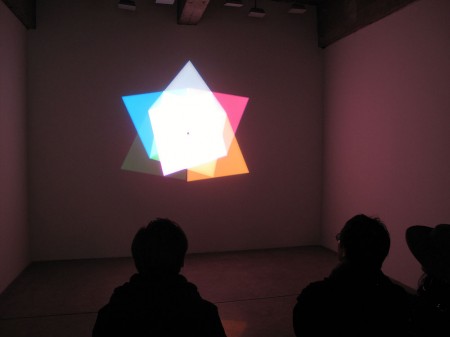 Heading north to 21st Street, we stopped next for the exhibition by Danish-Icelandic artist Olafur Eliasson at Tanya Bonakdar Gallery. For the show, Eliasson – perhaps best known for his 2008 New York City Waterfalls project – created several installations focusing on light and time. The most successful was “Intangible Afterimage Star,” in which six colored spotlights projected on a screen in various combinations produce a changing series of geometric forms that layer and build as the shapes fade in and out. A selection of watercolor studies were also on display. 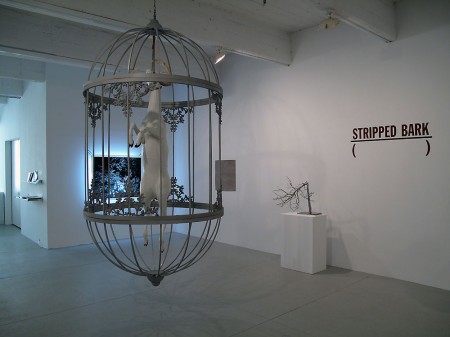 On 22nd, there was an interesting group show at Leslie Tonkonow entitled “Out of the Woods,” which collected artworks from the 1960s until now that relate to the natural or fantastical portrayal of forest. Center in the gallery was Michael Combs’ striking “The Wish,” featuring a life-sized white leather deer suspended in a cage. Other notable pieces included a text installation by Lawrence Weiner, sculptures by Roxy Paine and photographs by Ryan McGinley and Adam Fuss. 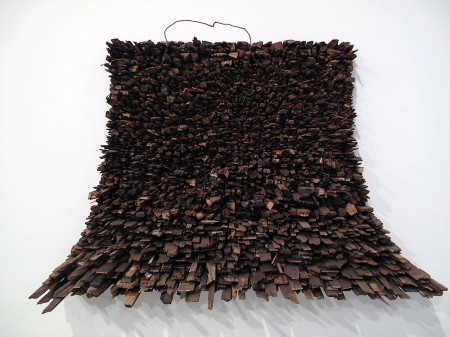 Also on 22nd was an exhibition of Leonardo Drew’s sculptural installations at Sikkema Jenkins. The works – made of scraps of wood, branches and roots – strike a balance between man-made and natural, constructed and wild. In addition, the gallery had four new photographs by Vik Muniz, including three large skeleton images from his series “Pictures of Junk.” 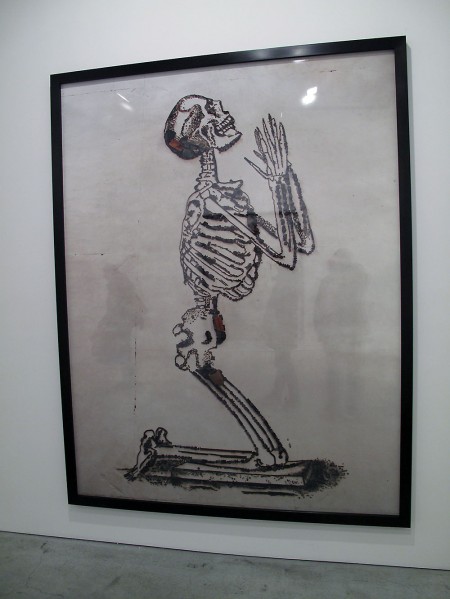